Good News on the Progress of Alex Caruso Skip to content 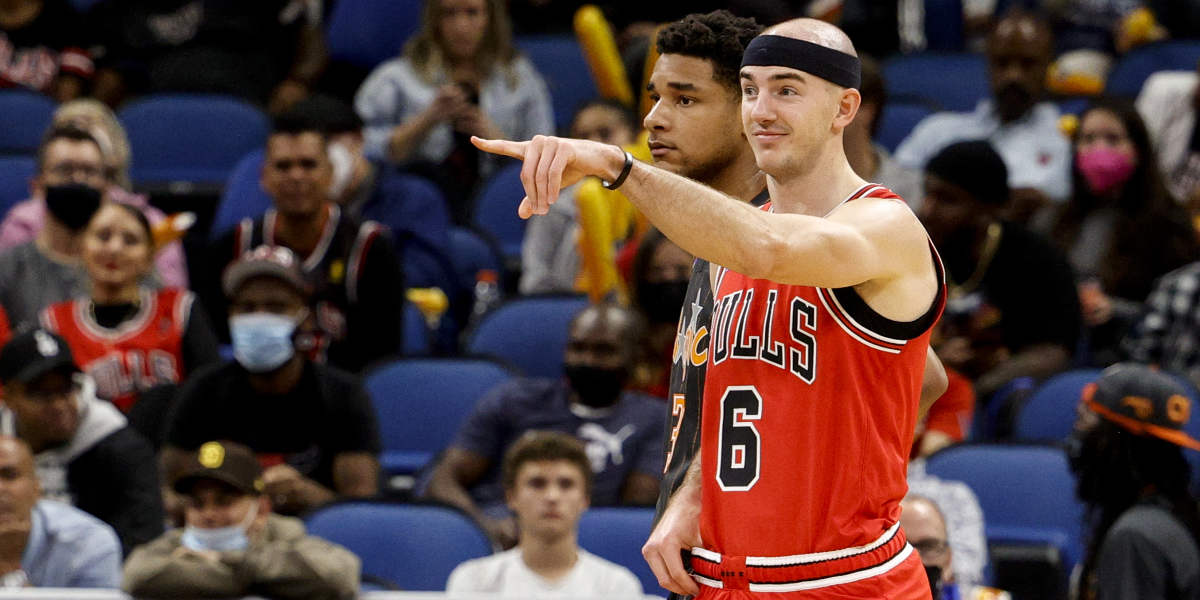 This morning, we have good news in the form of an Alex Caruso sighting at the Advocate Center! Rob Schaefer of NBC Sports Chicago shared a short clip of Caruso putting up some shots after the morning shootaround, which is a great sign.

Alex Caruso sighting, getting shots up after Bulls morning shootaround. He’s already listed out tonight vs. ATL with foot sprain, but seems to be getting closer to return pic.twitter.com/mAw2rdgOhO

Of course, Caruso is still listed as out for tonight’s game with the Atlanta Hawks, but just seeing him out on the floor putting shots up is a positive sign for his return from a sprained foot that has sidelined him since December 20. Caruso started the Bulls’ December 20 matchup with the Houston Rockets after missing time with a sore hamstring and played just six minutes in the victory over Houston before injuring his foot and leaving the contest.

The Bulls have done an excellent job of navigating their way through a wild month of injuries, COVID-19 cases, and stoppages in play as a result. Currently, they hold a 21-10 record and are the second-seed in the Eastern Conference despite the decimated roster that has seen a whopping 17 players hit the NBA’s Health and Safety Protocols thus far.

Seeing Caruso get healthy brings the Bulls one step closer to finally having the complete roster back together, hopefully, sometime in January.