For three and a half quarters, the Chicago Bulls looked like they didn’t want to be there.

They were a team on a five-game win streak with a tip-off time at 2:00 p.m. CT on New Year’s Eve, and it showed. They ran through the motions against a depleted Pacers squad, struggling to find a rhythm on the offensive end (40.7 FG%) and failing to secure a number of crucial rebounds (a battle they lost 55-42). The game may have been within arm’s reach, but it felt like 2021 would end with a loss. And, hey, considering the Bulls had 22 wins under their belt, that’s something we could live with, right?

The NBA’s best 4th quarter player took over in the same fashion we’ve seen from him numerous times this season. However, this time around, he was kind enough to provide us with a new ending: A one-legged buzzer-beater 3-pointer.

If you haven’t seen it already, what the heck are you waiting for?

I can go on and on about how special DeRozan has been this season, but I don’t think I have to. Even if you haven’t watched any Bulls games this season, all you have to do is watch this singular bucket to understand what the veteran forward has meant to this Bulls team. So, with that said, I’ll send some props elsewhere.

The Bulls don’t carry a six-game winning streak into the new year without Coby White. One game after a 12-assist, 17-point double-double, the team’s third-year guard dropped 24 points on a 6-7 showing from downtown. It was another performance that reminded everyone why this organization still believes in what White has to offer. If he continues to provide even half of this spark when he returns to the bench, the Bulls will have another key piece of the puzzle in place for a playoff run.

Anyway, we all have our New Years’ Eve festivities to get to. I’m sure I’ll be reflecting on this performance more moving forward, but we also have to remember the Bulls have a quick turnaround with a matchup against the Wizards tomorrow night. Until then, however, the Bulls will pop bottles like the rest of us as they welcome in 2022 as the East’s top team. 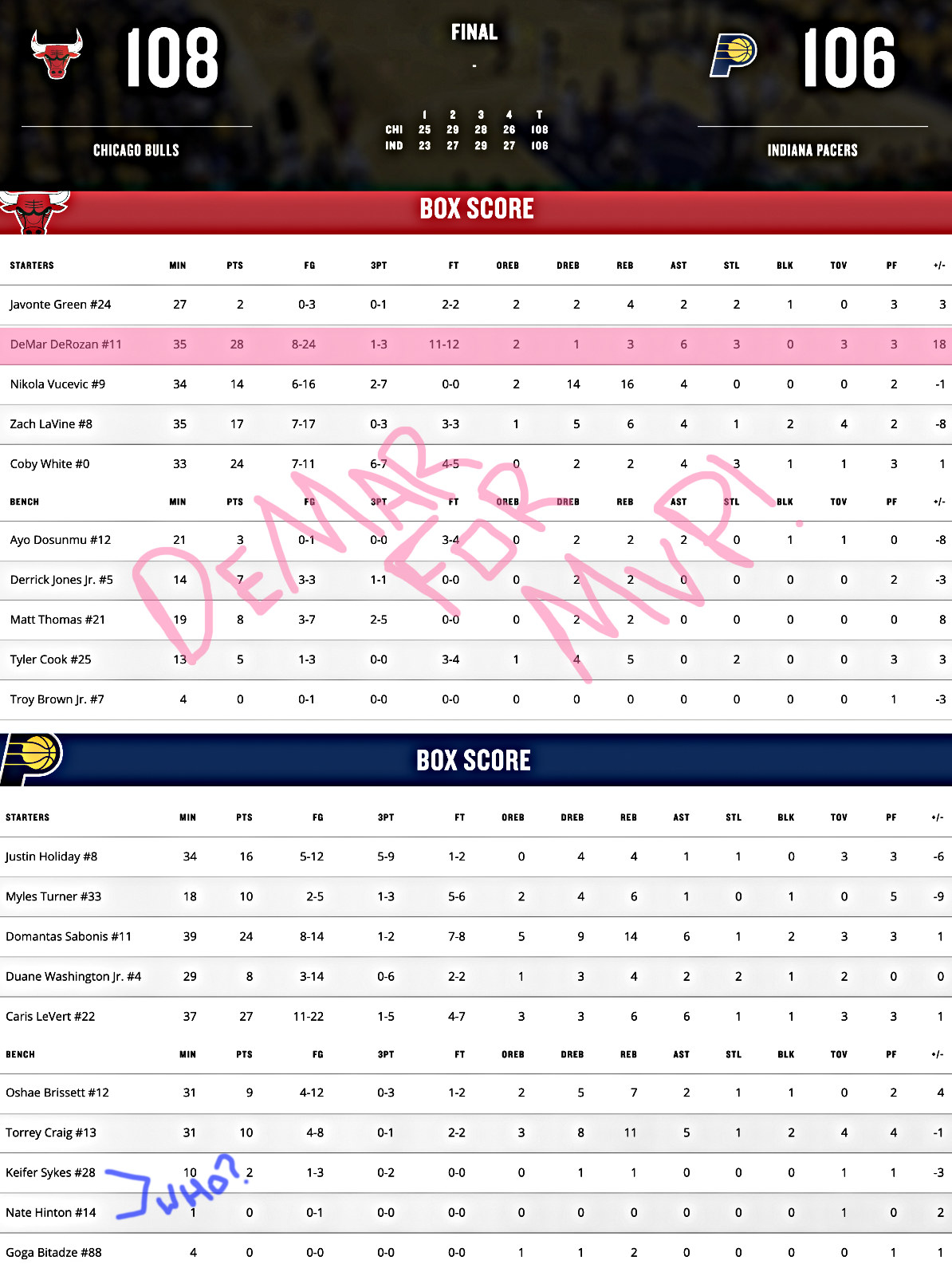