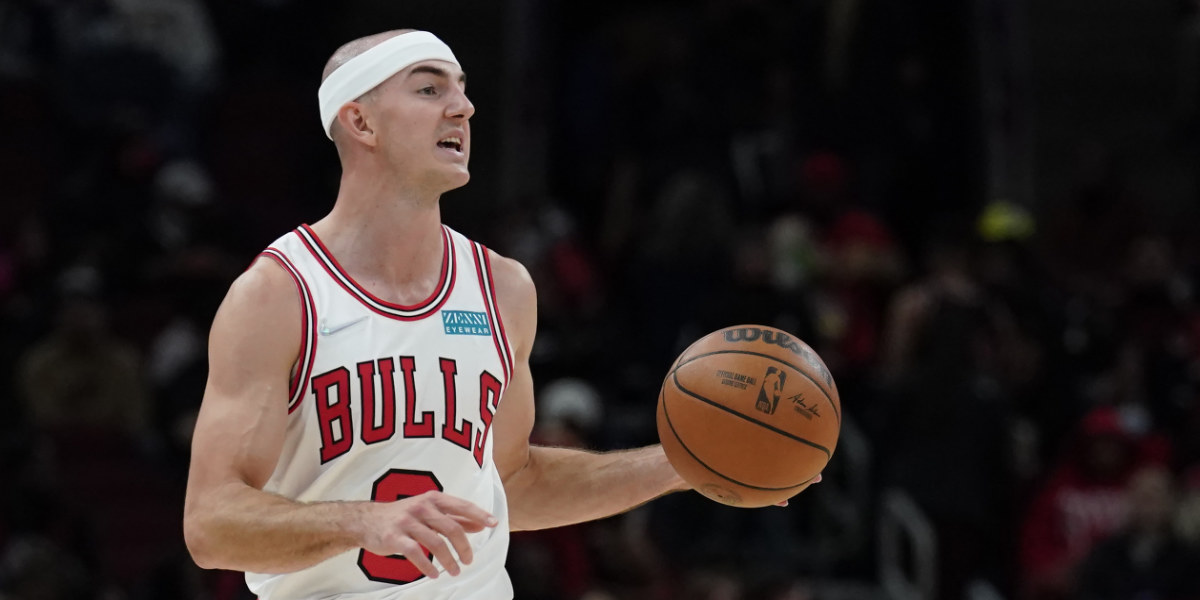 Unfortunately, it only felt like a matter of time.

Chicago Bulls guard Alex Caruso has officially been placed in the NBA’s Health and Safety Protocols.

Caruso has only appeared in three of the Bulls’ previous 11 games, most recently missing six-straight contests due to a foot sprain suffered against the Houston Rockets. The defensive hound was inching closer to rejoining the team ahead of Friday night’s meeting with the Washington Wizards, with head coach Billy Donovan reportedly hoping he would practice with the team today. However, without a quick return of multiple negative tests, Caruso is now in line to miss at least his seventh-straight game.

Believe it or not, this means 14 members of the Bulls’ official 15-man roster have entered the NBA’s Health and Safety Protocols this season, with Patrick Williams (who is out indefinitely) being the lone exception. Devon Dotson, who is on a two-way contract, also experienced his own brief stint in protocols, which leaves second two-way player Tyler Cook and 10-day contract players Mac McClung and Jordan Bell as the only other current members of the Bulls not to enter protocols this season.

Considering the Bulls have already had to live life without Caruso, not much should change in the wake of this news. Also, if we want to look on the bright side, this should at least ensure Caruso returns 100 percent from his banged-up foot.

My only hope is that the 27-year-old doesn’t suffer any lingering side effects, and it sure would be splendid if he can find a way to rejoin the Bulls before a tough stretch against the Brooklyn Nets and Golden State Warriors next week (especially with Javonte Green already out an extended period). Get well soon, Alex!

For more on how the Bulls have played without Caruso …

The Bulls Can Get Buckets, But It’s Still All About Defense for Billy Donovanhttps://t.co/2tHs5JbZGt