DeMar DeRozan had 15 points … and the Chicago Bulls still won 130-122. If that doesn’t tell you how dangerous this Bulls team can be, I don’t know what will.

Zach LaVine led the charge with 27 points, but it was the bench bros of Ayo Dosunmu and Coby White that carried this Bulls team past the Washington Wizards for the second time in three games. Dosunmu dropped a career-high 18 points behind a 7-9 shooting performance. Add in the rookie’s 5 rebounds, 4 assists, and 3 steals, and it felt like arguably the most college-esque Dosunmu performance we have seen in his brief NBA career, which felt fitting considering last night’s jersey-retirement festivities.

Meanwhile, White dropped 21 points on just seven-made buckets. It was his third time in the last four games hitting the 20-point threshold, and it was the fifth-straight game he scored at last 17 points.

When the Bulls walked into this season with a star-studded starting five, many questioned the legitimacy of their second unit. Past the defensive IQ of Alex Caruso, it felt like the team was stuck with a bunch of unproven commodities. And while that may have been true in some respects, the Bulls’ reserves have only proven their worth as this season’s dragged on.

When players like White and Dosunmu are able to pull out a win for you, it not only goes to show the upside of each individual player, but it demonstrates just how deep this Bulls team truly is. When we take that into consideration, it only makes this team feel even more like a real Finals contender. 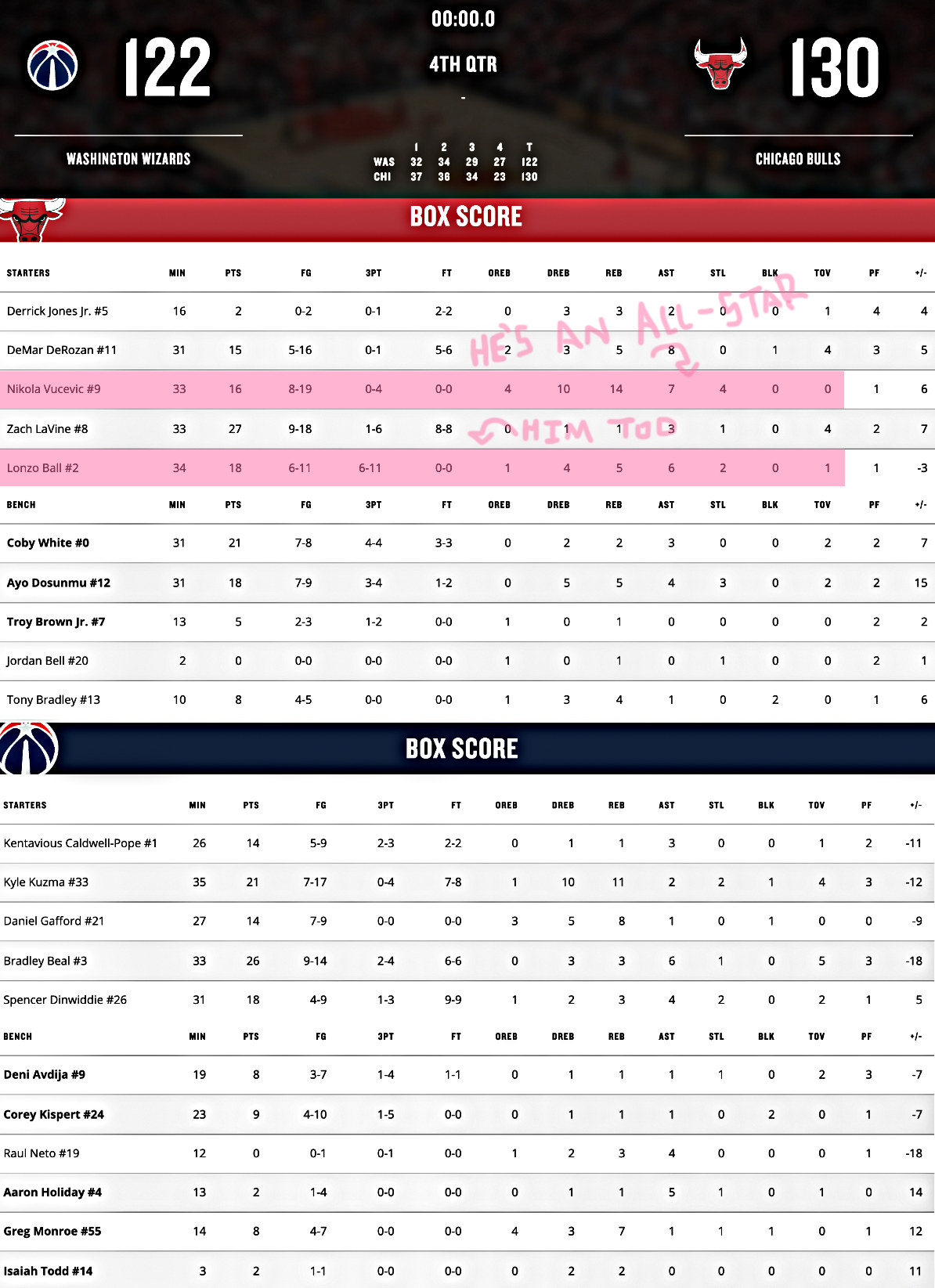