Look, the streak was going to be snapped eventually. Was I still frustrated to watch it happen tonight? Absolutely, but it was one of those games where you just have to tip your hat to the Dallas Mavericks.

Luke Doncic played like the MVP-caliber player he is, carving up the Bulls’ defense with 22 points and 14 assists to go along with his 14 rebounds. A total of six players found themselves in double-digits tonight, as the Mavericks shot a crisp 50 percent from the field.

Meanwhile, for the Bulls, it was the story of clanked shot after clanked shot. Neither LaVine nor DeRozan nor Vucevic could find himself in any kind of rhythm, and the three combined for just a 40.7 percent shooting performance. Vucevic, in particular, showed signs of his early-season self. The big man went 6-17 with just 13 points and 6 rebounds. He missed a wide-open layup in transition and bricked a couple of mid-range jumpers off the right side of the backboard. Considering how well he has played as of late, he deserves an off night (and the same can be said for the entire team), but let’s all hope this isn’t a familiar sign of things to come.

The Bulls also saw their poor defensive execution finally catch up to them. The team’s defense has ranked just 23rd-overall since the start of December, and it showed as Doncic annihilated them in the pick-and-roll possession after possession. Both the POA pressure from Alex Caruso and the athletic energy of Javonte Green were missed in a big way, and while Caruso’s return could be on the horizon, the entire team will have to find a way to clean things up on this end as they embark on a tough stretch. 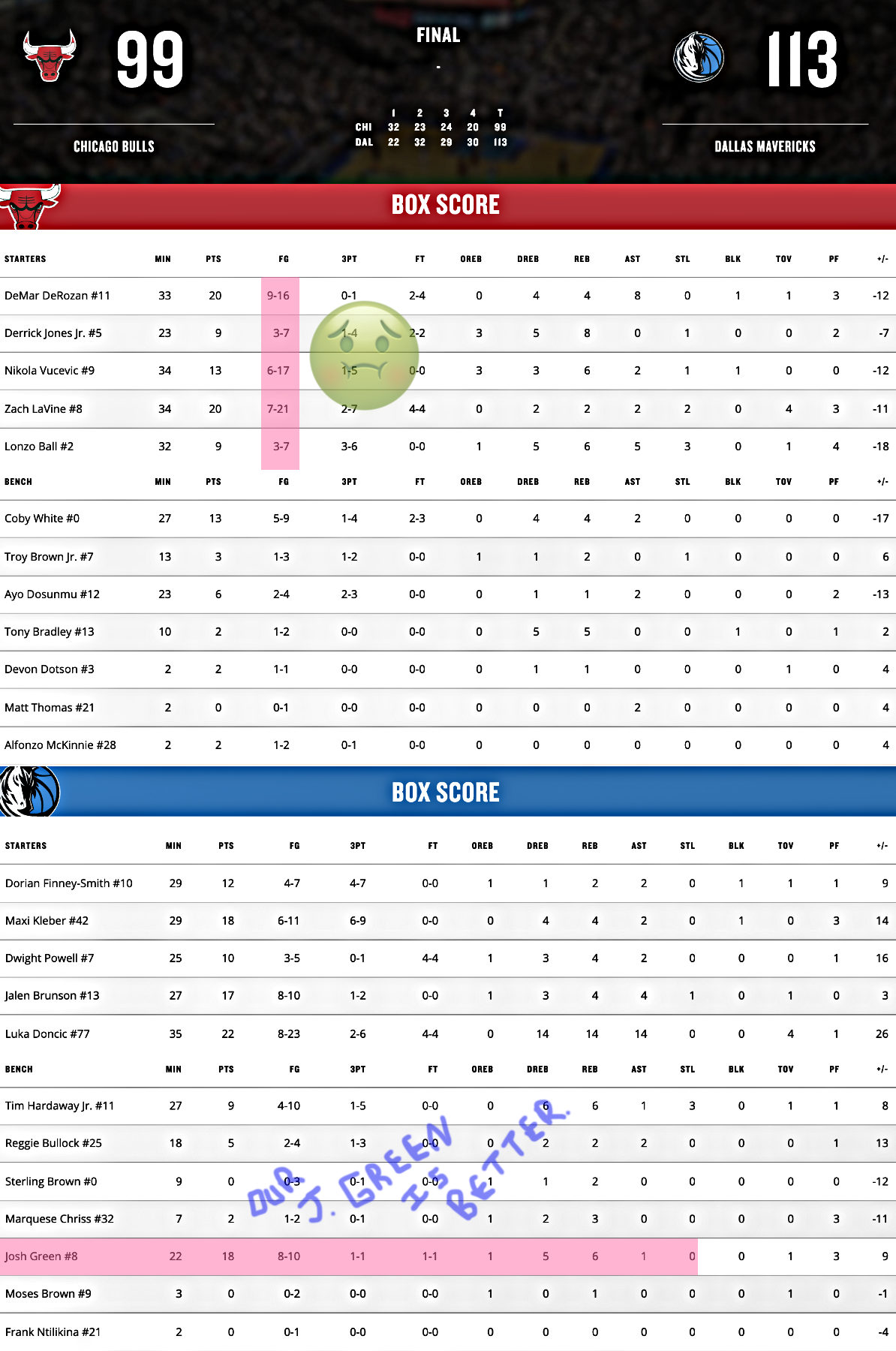