LOL: The Raptors Mascot Got in Devin Booker's Head at the Free Throw Line Skip to content 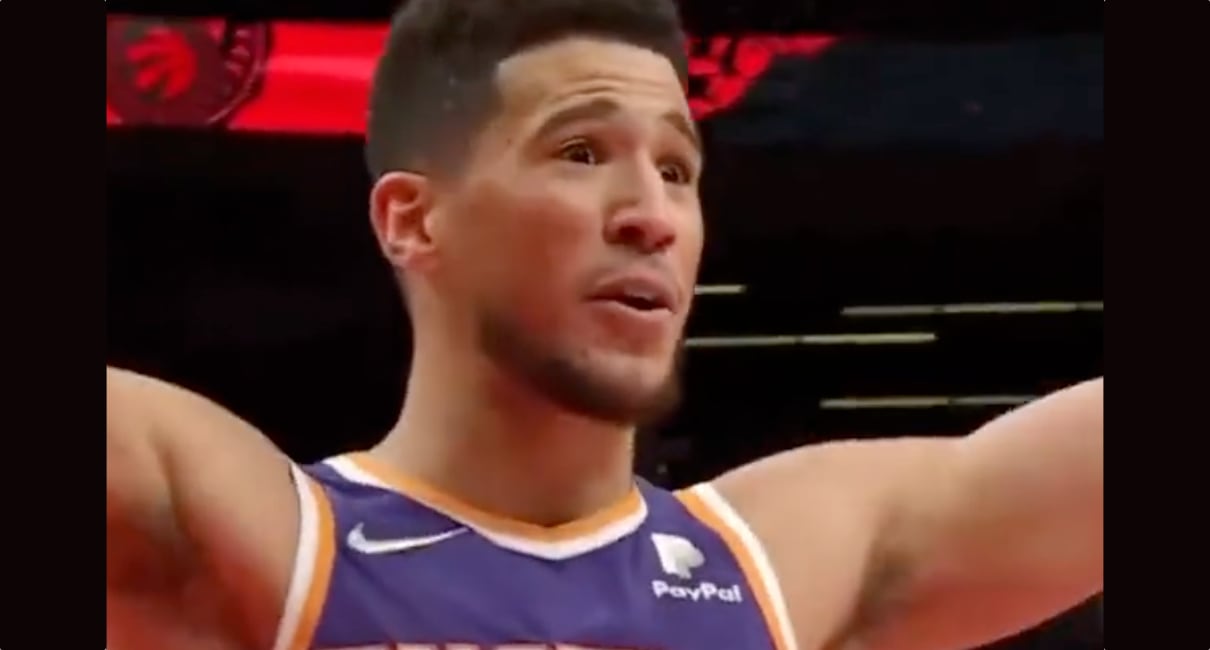 How does one of the best shooters in the NBA lose concentration at the free-throw line … in an empty arena? Well, for Devin Booker, it was some playful heckling from the Toronto Raptors’ mascot. Booker was visibly upset with the faux dinosaur giving him some static under the rim while he was trying to shoot a pair of free throws in Phoenix’s 99-95 win over the Raptors (and his frustration is pretty hilarious).

Devin Booker was not happy with the Raptors’ mascot trying to distract him under the rim during his free throws. pic.twitter.com/EZsolEKodo

After Booker hit the first of two free throws to put the Suns up 94-92 with 6.5 seconds to play, he’s seen becoming visibly frustrated with the mascot heckling him under the rim and can be seen and heard telling the mascot to beat it while he’s shooting.

The referee would banish the Raptor to the corner of the baseline while Booker shot and made his second free throw to ice the victory for the Suns with just ticks remaining, snapping a six-game winning streak for Toronto in the process. Booker’s frustration was more likely rooted in the off night he was having, scoring just 16 points and shooting 4-of-13 from the field. Booker and the Suns won the game 99-95 and moved to 31-9 on the season, one game ahead of the Golden State Warriors for the top seed in the Western Conference.

The exchange between Booker and The Raptor is reminiscent of this pickup game where Booker jokingly took exception to being double-teamed in a pickup game, and Joakim Noah was not having his complaining.

Devin Booker: We not doubling in open gym… I get that sh*t all season

Joakim Noah: Yea we are 😂😂 pic.twitter.com/4IwIo8OHAC

All’s well that ends well, though, as Devin Booker and The Raptor hashed out their beef after the game and are now homies, according to Booker. 😂

Devin Booker and The Raptor are cool now 🤝 😂 pic.twitter.com/2XfjdNENTr