“The only thing you can say is, this is soft basketball by the Bulls tonight.” – Jeff Van Gundy

The Chicago Bulls were demolished in embarrassing fashion for the second-straight game at home on Friday, and the former head coach and ESPN commentator didn’t hold back. Chicago not only played with the same dysfunctional defense we saw two nights ago against Brooklyn, but they looked like a team sucked of any and all energy by the 2nd quarter.

I could talk about the Warriors’ 41-19 2nd quarter or the fact the Bulls shot just 42.5 percent from the field, but this is one of those games where we simply have to look at the bigger picture. And what does that bigger picture tell us? The Bulls aren’t there yet.

In two-straight games against established playoff teams, they showed a nationally-televised audience that they sit a tier below. Even if they happen to be first in the Eastern Conference – which is worth a round of applause – they have yet to show the level of consistency and discipline it takes to be a truly special team. Now, does that mean they can’t get there? Absolutely not. Taking your punches is part of the process. These two games should play a pivotal role in teaching the Bulls what it takes to truly hang with the big boys.

Is it embarrassing? 100 percent
Is it time to panic? No. Not even close.
The Bulls are learning the level of consistency it takes to hold a spot among the league elites. We have seen how strong they can be, but they have to play to that standard every night. Simple as that.

Also, I’d be remiss if I didn’t mention the injuries. While it’s never acceptable to lose by 40+, we are lying to ourselves if we say the early exit of Zach LaVine and the absence of Alex Caruso, Javonte Green, and Derrick Jones Jr. isn’t tough to overcome. Again, it doesn’t justify this poor of a showing, but it plays a factor in what we’ve seen these past two games. No denying it.

The initial LaVine updates have been positive, by the way, I’ll throw the link to that post below so you can catch up. Sleep tight.

Zach LaVine Checked Himself Out and Headed to the Locker Room in the 1st Quarter of Tonight’s Gamehttps://t.co/I4F20efe1s 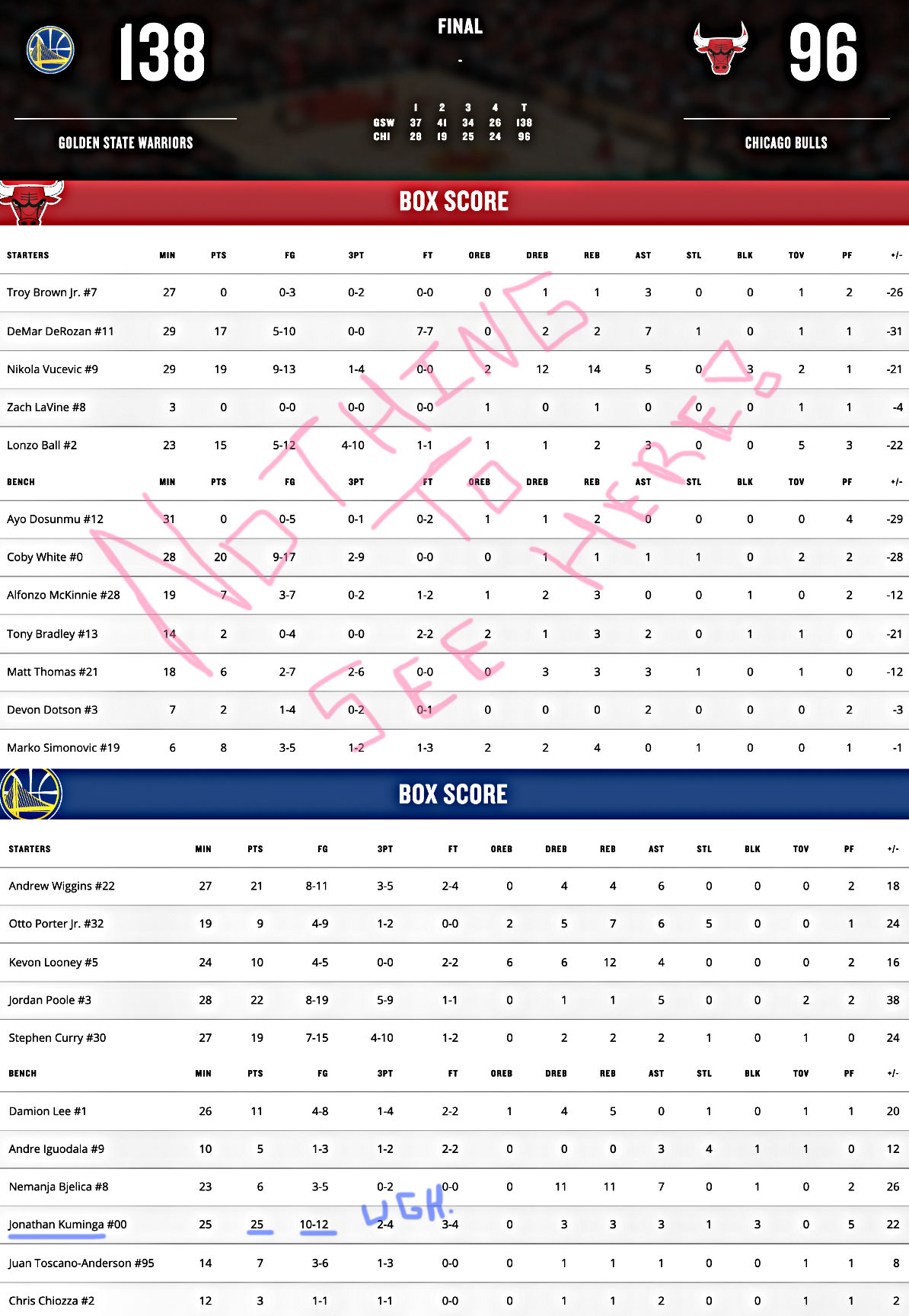