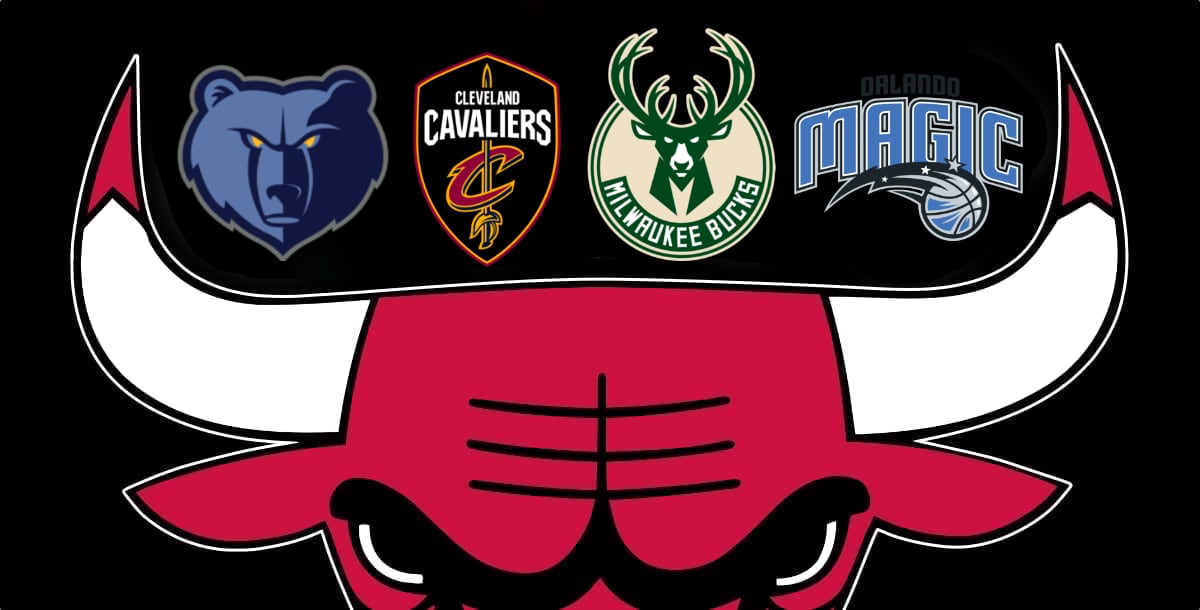 Unfortunately, this week isn’t much easier than the last, and it kicks off this afternoon in Memphis with an MLK Day matchup with the red-hot Grizzlies. Let’s hope the Bulls aren’t in for a second helping of humble pie as they limp into another tough stretch.

Caruso Out of Protocols, Grizzlies Are a Matchup Nightmare, and Other Bulls Bulletshttps://t.co/mpduNVSaqD

Bucks: Brook Lopez OUT (Back), Langston Galloway OUT, Jrue Holiday OUT (Ankle)

Bulls: Just about the only good thing that happened for the Bulls this week was the injury that wasn’t for Zach LaVine. After LaVine stopped the collective heartbeat of the entire city in the first quarter of Friday night’s loss to Golden State, an MRI showed no structural damage to the All-Star guard’s knee. But outside of the positive returns on LaVine’s MRI, last week was a disaster. This week doesn’t look any easier with Memphis, Cleveland, and Milwaukee on the schedule and Zach LaVine and Lonzo Ball sidelined to start. As long as LaVine is out, how can the Bulls make up for his scoring and 3-point shooting? Coby White has played great as of late, and that’s exactly what head coach Billy Donovan will need to continue to see if this team wants to stay afloat.

Grizzlies: Memphis is a matchup nightmare for the Bulls. As Eli pointed out this morning in bullets, opponents have averaged the 3rd-most points in the paint against the Bulls since December 1, and Morant has averaged the 2nd-most points in the paint per game since December 1 (behind only Giannis Antetokounmpo). The Grizzlies rebound better than anyone in the league, and the Bulls are the second-to-worst rebounding team. No LaVine, No Lonzo, No Caruso, etc., etc., etc… this one might get ugly fast in Memphis.

Cavaliers: The Cavs come into this one dealing with a barrage of backcourt injuries. However, they still have three seven-footers in their frontcourt, and they present matchup problems for an undersized and undermanned Bulls frontcourt. The Cavaliers have already beaten the Bulls once this season (115-92 – December 8) in a game where Cleveland out-rebounded the Bulls and out-shot them from range by a wide margin.

Bucks: The Bulls visit Milwaukee for the first time this season, and the timing couldn’t be any worse. The Bulls are beat up and shorthanded, and Giannis Antetokounmpo and the Bucks have beaten both the Nets and Warriors in the past week. Losers of three (and counting?) straight and missing three starters is not how the Bulls want to head into Milwaukee for the first time this season, so let’s hope we see some guys return by then.

Magic: It’s Orlando. The Bulls will look to cap off the season-sweep of the Magic this weekend in what might be their only winnable game this week. Let’s just hope they don’t arrive in Orlando on a six-game losing streak.

Last Question: Can the Bulls stack up with the best of them?

Unfortunately, it doesn’t seem that way right now. The Brooklyn Nets blasted the Bulls on Wednesday at home. The Golden State Warriors came into town on Friday (a team that has already blown the Bulls out once this season) without Klay Thompson, Draymond Green, and Gary Payton II and blew the doors off the Bulls once again. The Bulls then limped into Boston, licking their wounds and down Zach LaVine and Lonzo Ball and lost to the Celtics.

How much will these lopsided losses to genuine contenders mean come playoff time is anybody’s guess, but right now, the Bulls appear to be stuck just behind the league’s top teams.

This Week’s Question: Can the Bulls rebound from their most challenging week of the season and get back on track?