Caruso Out of Protocols, Grizzlies Are a Matchup Nightmare, and Other Bulls Bullets Skip to content 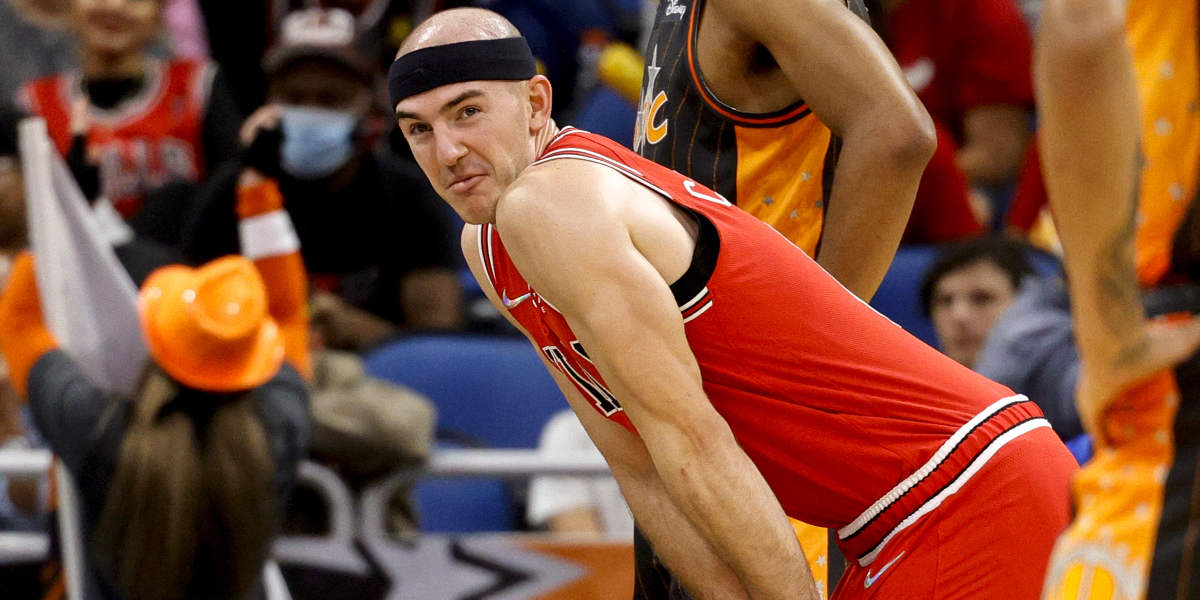 Today is the day we honor Martin Luther King Jr. Normally, that would mean lighter coverage around here, but the Bulls have a game at 2:00.

•   Alex Caruso has officially exited the NBA’s health and safety protocols, and he celebrated with a trip to watch the Windy City Bulls alongside teammate Javonte Green. Caruso – who has not appeared in a game since December 20th – will miss his 13th-straight contest this afternoon when the Bulls tip-off against the Grizzlies in Memphis. The NBA’s official injury report currently lists Caruso as going through reconditioning work, something we can all understand is much-needed after nearly a month-long absence. The question now is whether or not he can catch his breath by the time the next game comes around. ESPN’s Adrian Wojnarowski reported last week that Wednesday’s meeting with the Cavaliers could be a target date the Bulls have in mind, but only time will truly tell.

•   I’ve also longed for the expert dirty work of Green. The Bulls originally ruled him out with a groin injury on January 3rd. His return stood at 2-to-4 weeks, and today officially marks the front-end of that timeline. We got word that both Caruso and Green took a trip to practice with the Windy City Bulls today, which surely makes it feel like a return is in the cards for each player sometime this week.

We have assigned Alex Caruso & Javonte Green to the @WindyCityBulls.

They will be recalled after the team's practice today. pic.twitter.com/KHFJneEgx0

•   If one thing is for sure, however, it’s that the Bulls need Caruso back on the floor ASAP. Not only has the defense plummeted since early December, but this is a team that arguably feels even more depleted than when they went through a virus outbreak earlier this season. No Lonzo Ball, Zach LaVine, Javonte Green, Derrick Jones Jr., Tyler Cook, Patrick Williams, and Caruso has made this first-place team look like anything but. Add Caruso’s elite perimeter defense, high basketball IQ, and underrated playmaking back into the rotation, and this team should play a much more familiar and balanced brand of basketball.

•    I do believe the past couple of weeks have revealed just how important Caruso is to the identity and success of this Bulls team. As good as Ball has been on the defensive end as well, Caruso is the anchor on that side of the ball. His +2.6 estimated defensive plus-minus ranks in the NBA’s 97th percentile, per Dunks & Threes. We also have to remember that he was the NBA’s steals leader before he got knocked out with a foot injury. Likewise, in hindsight, his contributions on the offensive end have been understated. While he may average only 8.4 points per game, he is providing the Bulls a career-high 4.0 assists per game and at least 1.0 offensive rebound a night. His shifty athleticism and smart off-ball movement have also made him one of the better cutters on this Bulls team. Remember all that chemistry he built with Vucevic? Yeah, the Bulls miss that.

Caruso, in general, has been providing more buckets recently. Three of last four he has scored 10+, only third time he's done that since '18-19.

As a cutter, he actually ranks 15th in PPP, only 8 spots below LaVine. Seems like he only continues to add more and more on both ends.

•   When the ball tipped on Saturday night in Boston, I had low expectations. When the final buzzer sounded on Saturday night in Boston, I was pleasantly surprised. Even though the team lost thanks to two missed game-winners by Nikola Vucevic and DeMar DeRozan, it was the kind of efficient and pesky effort we grew used to from this Bulls team. And it’s that same kind of effort we will have to see this afternoon if the Bulls want to have a chance against the red-hot Grizzlies. Memphis has won 11 of its last 12 games to surge up into the 3rd spot in the Western Conference. Ja Morant has been arguably an All-NBA First Team-caliber player this season, averaging 24.4 points, 6.8 assists, 5.8 rebounds, and 1.3 steals per game. Even scarier, he is shooting a career-high 48.6 percent from the field and 35.6 percent from downtown.

•   Everything about this Memphis team is a matchup nightmare for Chicago, particularly right now. Opponents have averaged the 3rd-most points in the paint against the Bulls since December 1st, and Morant has averaged the 2nd-most points in the paint per game since December 1st (behind only Giannis Antetokounmpo). Memphis also happens to rebound better than anyone in the league, whereas the Bulls grab the second-fewest rebounds per game. They have played as well as anyone on the offensive end recently thanks to strong ball movement and dominance in the fastbreak. For a Bulls team absent of its top defenders and most athletic players, this could be troubling.

•   Good news: Even in the wake of some nasty losses, the Bulls have only dropped to 6th in The Athletic’s latest power rankings. Zach Harper also awarded them an A+ for their first half of the season, and he updated their final prediction to a potential top-two seed in the Eastern Conference. You can read all the praise here.

•   The NBA needs to take a massive chill pill. The fact you eject one of the most exciting young players in the league for a modest celebration after

•   What if the Cubs re-acquired Craig Kimbrel from the White Sox … and then traded him again at the next deadline?