Despite the final score, the Chicago Bulls showed why they have remained among the NBA’s best this season.

Going up against the reigning champions without Zach LaVine, Lonzo Ball, Javonte Green, Derrick Jones Jr., and Patrick Williams, Chicago made Milwaukee work for every single point. The final score was indicative of how physical and ugly the game turned out to be, as both teams failed to shoot above 39 percent from the field and 20 percent from downtown.

It was mainly the battle of two MVP candidates, as Giannis Antetokounmpo and DeMar DeRozan took complete control of their teams. The Greek Freak finished with 30 points and 12 rebounds to lead the Bucks to victory, while DeRozan’s 35 points and absurd 17-18 performance from the free-throw line gave the Bulls a fighting chance. Overall, DeRozan and Co’s inability to keep the Bucks out of the paint proved to be a key difference-maker, as they were outscored 42-20 down low.

Still, similar to what we saw on Wednesday, this was a game that reminded everyone in the Eastern Conference that the Bulls aren’t an easy out. Regardless of who is on the sideline, this team has enough talent to scrap and claw their way into a tough battle. Do I wish the team hit a few more shots? Absolutely. But give me a fully healthy Bulls team, and I no longer feel too scared about this group’s ability to give Milwaukee a run for their money. 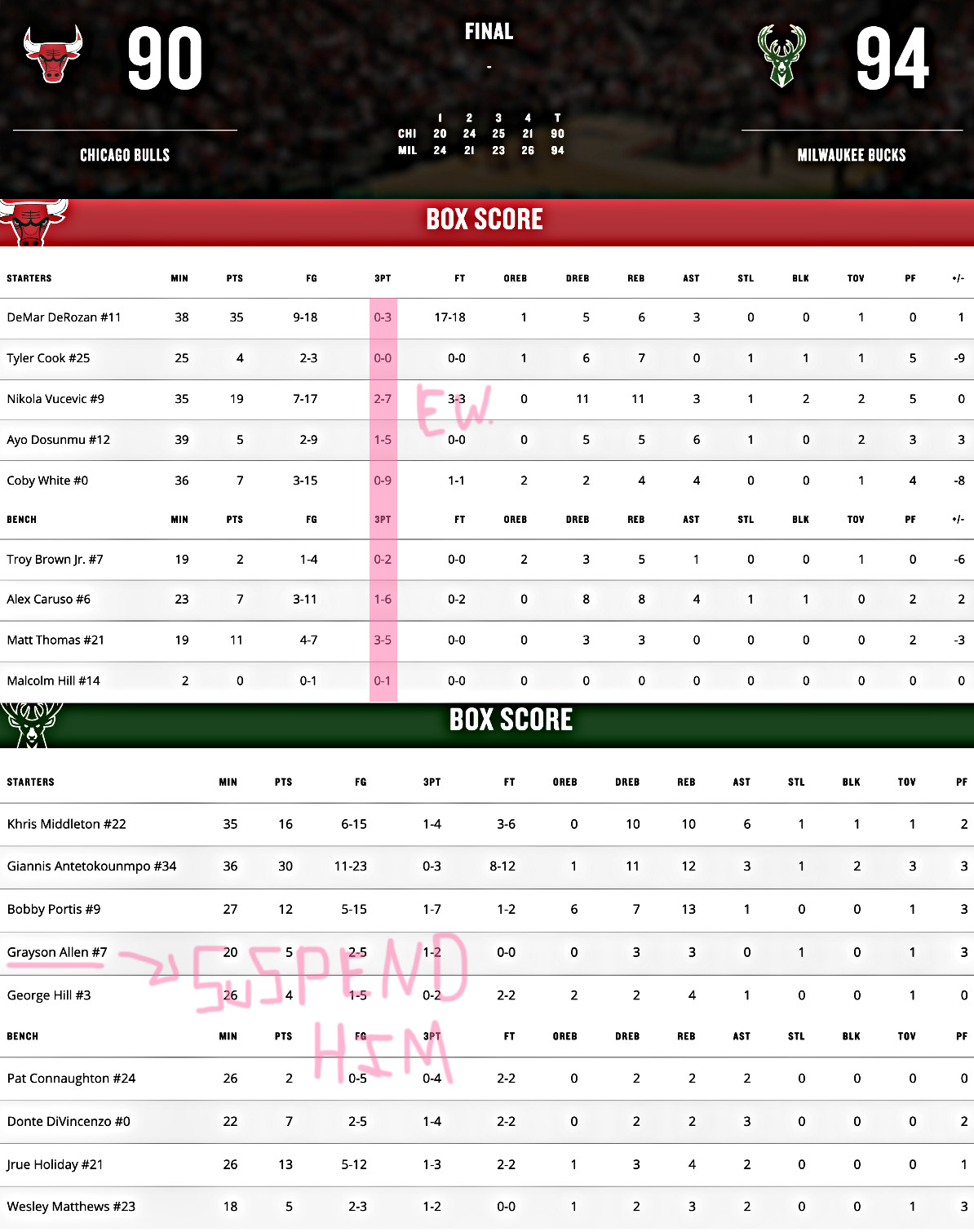