Not only was that arguably the worst loss of the season … but it was the most concerning.

Everyone except DeMar DeRozan looked like they didn’t want to be on the floor tonight, and it showed in a truly scary fashion. Nikola Vucevic was by far the most discouraging to watch, as the big man got dominated in the post by the Wagner Brothers and Wendell Carter Jr. at his old stomping ground. He shot a horrible 4-19 from the field with 5 turnovers, eventually fouling out late in the 4th quarter.

Notably frustrated at times, Vucevic received a technical foul for giving the team their second delay of game warning by pushing the ball into the stands. He could also later be seen punching a chair on the bench, according to The Athletic’s Darnell Mayberry. The big man let his anger take over his game, as he chucked up an ill-advised quick 3-pointer after re-entering in the 4th quarter and repeatedly clanked shots off the back of the rim while in the paint.

DeMar DeRozan was the only saving grace tonight as he dropped a season-high 41 points on 15-21 shooting. It was a waste of a marvelous and dominant performance by the soon-to-be five-time All-Star, one his teammates should feel embarrassed about.

Look, I know the Bulls are down bad right now. They are relying heavily on guys like Tyler Cook, Malcolm Hill, Matt Thomas, and Troy Brown Jr., but that doesn’t make what we saw tonight necessarily acceptable. Between White, Vucevic, and DeRozan, there is still enough talent on this team to compete with the NBA’s worst squad. Orlando won just eight games heading into tonight, and the fact the Bulls walked in looking as uncompetitive as they did leaves me a bit worried about where things stand.

You have to find a way to turn all of this adversity into motivation. With seven losses in their last nine games, they have failed to do that. Now, the good news is that four of the next six games will come against opponents with a below .500-record, and the return of both Zach LaVine and Javonte Green is on the horizon. But only 3.5 games separate the 1-7 seeds in the East. Chicago has to find a way to get back on track ASAP.

We’ll see if they can do that on Monday. 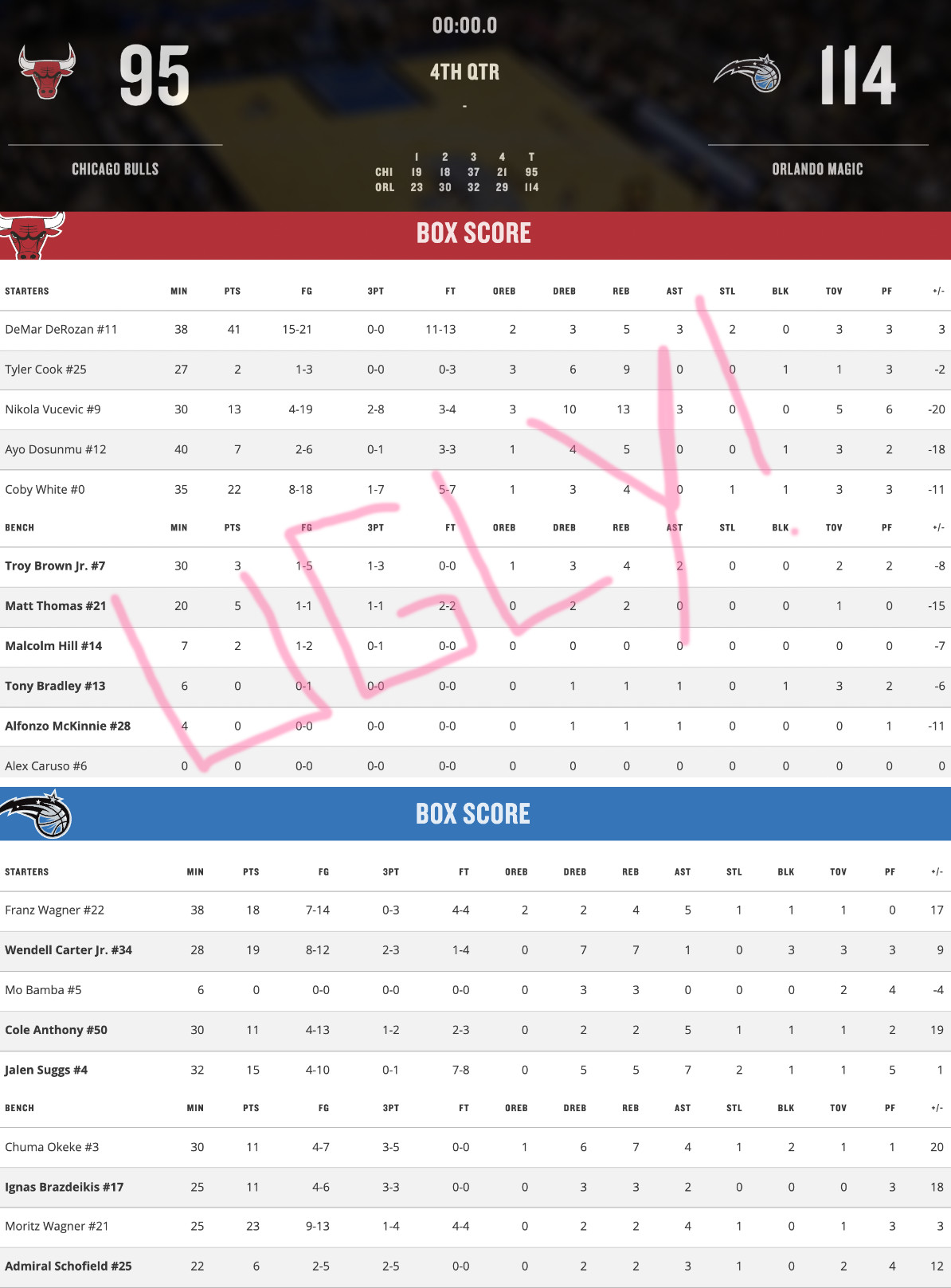