Good News: Zach LaVine and Javonte Green Will Meet the Team in OKC for Monday's Game Skip to content 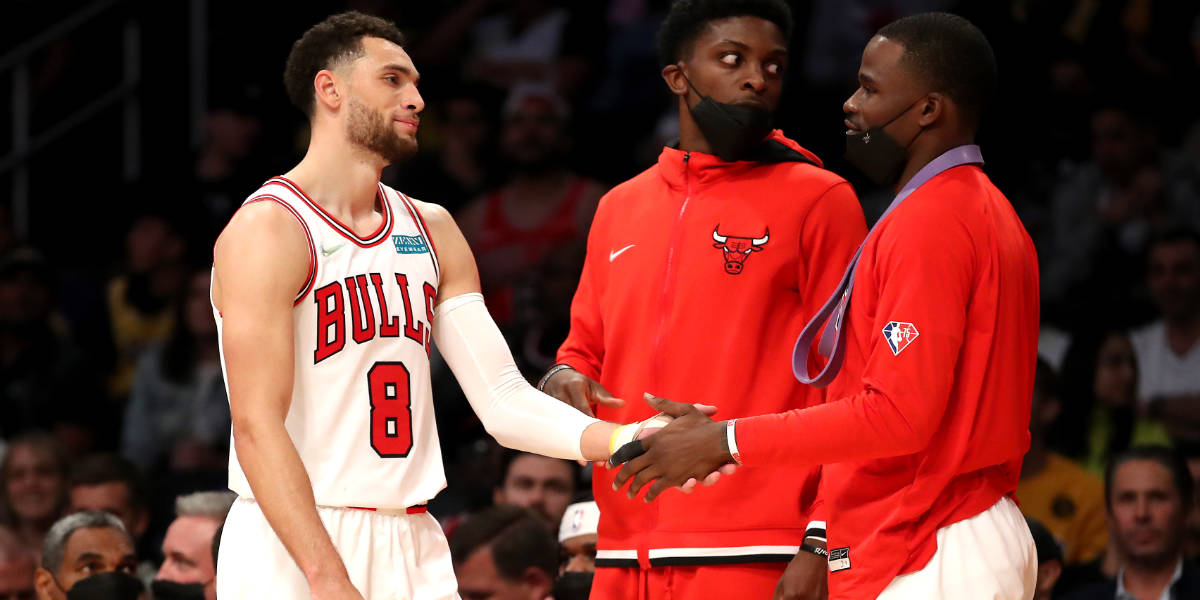 In the wake of just a one-game suspension for Grayson Allen, Chicago Bulls fans needed some good news.

According to head coach Billy Donovan, Zach LaVine and Javonte Green will join the team in Oklahoma City for Monday night’s matchup with the Thunder. Both have been back at the Advocate Center for this road trip receiving treatment on their varying injuries. Donovan, specifically, ruled out LaVine for this three-game road trip earlier this week, but it appears the All-Star has progressed enough to rejoin the squad.

While there was no commitment to either taking the floor, the fact they are traveling for the final game of this three-game road trip surely makes it feel as if the plan is for them to suit up.

Zach LaVine and Javonte Green will fly to Oklahoma City to meet the team ahead of Monday's game, Billy Donovan says.

They could well return to action Monday. LaVine had been set to miss the whole road trip, so he's continuing to recover well.

With Caruso and Ball out for an extended period of time, there is no question this Bulls team needs to get and stay as healthy as possible. LaVine has missed the last four games with a knee injury while Green has been sidelined with a groin issue since the start of the new year, missing the last 11 games. While no one can replace with Ball and Caruso bring to this team, especially on the defensive end, this will be a much-needed boost for this recently unlucky Bulls team.