The Chicago Bulls almost let history repeat itself tonight in Oklahoma City. Despite once holding a 28-point lead, the Thunder were able to chip away in the second half and bring the Bulls’ lead down to just 1 point with 14.8 seconds left in the 4th quarter. It was excruciatingly reminiscent of the blown 22-point lead we watched the Bulls give up on that same court last season, eventually losing in overtime 127-125. But, fortunately, this Bulls team reminded us that things have changed.

While the Thunder’s 32-19 4th quarter win was an eyesore, the Bulls did more than enough to show why they were the better team tonight. Four of the Bulls in the depleted starting lineup scored in double-figures, with Nikola Vucevic having the strong bounce-back performance this group desperately needed. He dropped a team-high 26 points with 15 rebounds (5 offensive rebounds), 4 assists, and 3 blocks. He shot an efficient 10-18 from the field, and he played far more energetic than the big man we watched on the floor last night.

Speaking of energy, it’s hard not to think Zach LaVine and Javonte Green were the reason this group looked like a rejuvenated Bulls team for much of the game. Both helped get Chicago off to a fast start, pushing the pace in transition and playing downhill. LaVine’s 23 points with 7 rebounds and 7 assists made it feel like no time had passed, even if his 6-19 shooting performance said otherwise. The Bulls finished with 10 first-quarter assists, which matched the team’s total from last night’s game, and LaVine had 3 of those dimes.

With 10 1st-quarter assists, the Bulls matched their total from last night's entire game.

However, what tonight will mostly be remembered for is the stellar play of Ayo Dosunmu. The rookie scored a career-high 24 points while dishing 8 assists and finishing with a team-high +15. He ended up fouling out in the final frame, but it was yet another game where he flashed shocking maturity and shocking development. In fact, the pointers he’s picked up from veteran DeMar DeRozan were on full display, as he repeatedly attacked his midrange spots in the first half and started the game a perfect 9-9 from the field.

Also, you have to watch this …

We’ll talk more about the team’s 4th quarter troubles tomorrow, but I’m just going to celebrate a win for tonight. The Bulls needed one, and it just felt good to see some healthy bodies back on the floor. 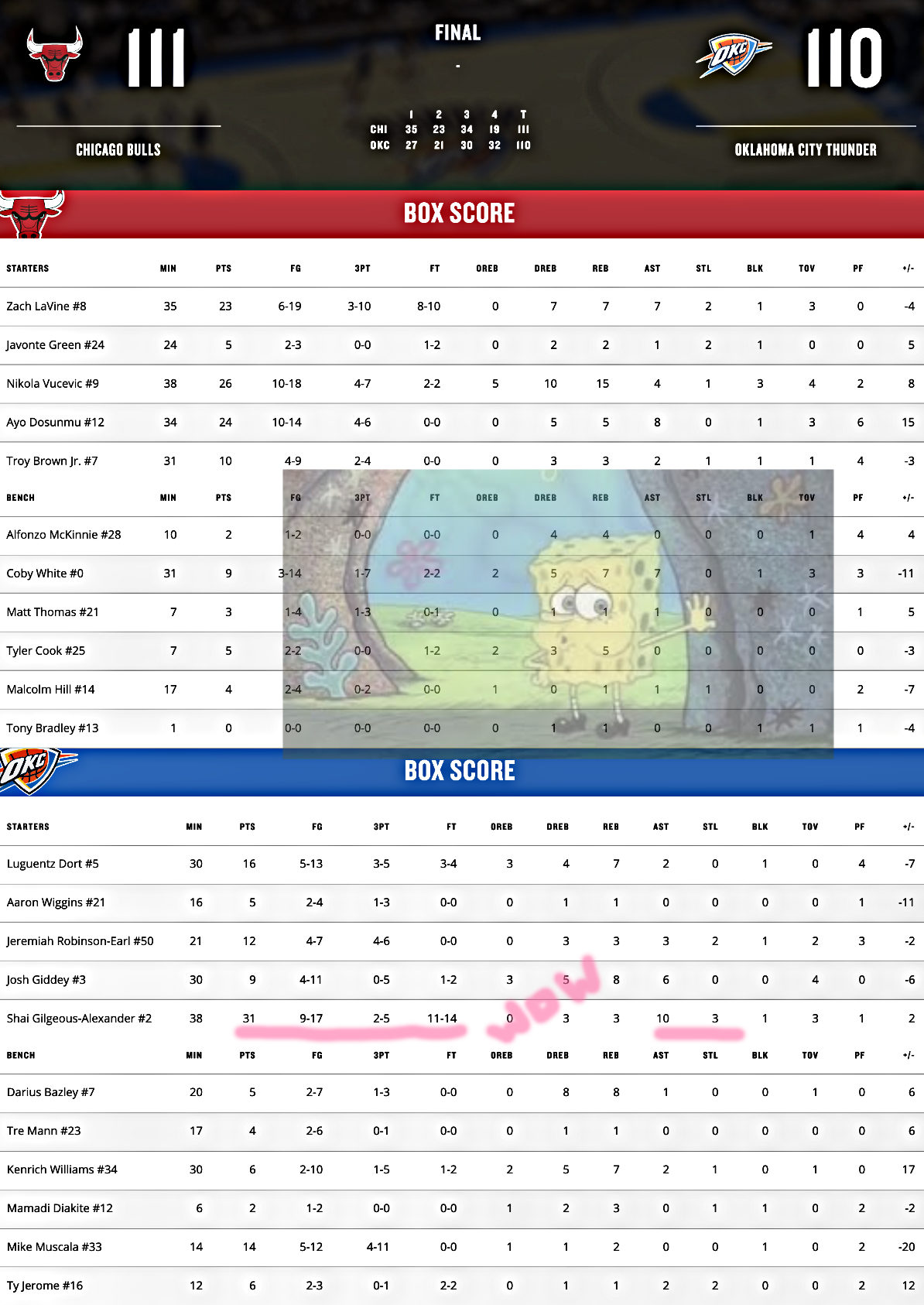