I began to sweat when NBC Sports Chicago’s broadcast threw a graphic on the screen at the start of the 3rd quarter. I don’t remember the exact details, but the point was clear that the Bulls easily walked away with the W when leading at halftime while the Spurs had a mere 3 wins when trailing at the half.

A somewhat superstitious basketball fan, I had an inkling things would get messy.

The Bulls’ calm and collected demeanor in the first half quickly turned into overconfidence as questionable shot selection and slow defensive rotations allowed the San Antonio Spurs to take over the game. The Spurs outscored the Bulls 35-23 in the 3rd quarter, catching a groove that simply wouldn’t be relinquished. They repeatedly turned to the pick-and-roll with big men Jakob Poeltl and Drew Eubanks in the second half, absolutely destroying the Bulls defense that felt a step behind all night long. And when the Spurs couldn’t find the bottom of the net, they oftentimes used their size to keep the possession alive, outrebounding the Bulls 10-4 on the offensive glass.

We all knew the Bulls’ defense would have issues with Lonzo Ball and Alx Caruso against the floor, but tonight it was felt in a catastrophic way. They were constantly a step behind the action and were continually beaten off the dribble by guards Dejounte Murray and Derrick White. Even worse, 3-point shooters were left chilling in a lawn chair with a cold drink in hand behind the arc. The Spurs sank 16 3’s, which was only the 4th time they’ve reached that mark this season.

Considering the Bulls’ injury trouble, losing to a Spurs team that ranks 12th in the Eastern Conference isn’t something they can afford. These next two weeks are packed with winnable games they must stack to keep themselves near the top of a competitive conference over the next couple of months. All we can do now is hope they bounce back strong against the Trail Blazers this Sunday to spark a much-needed win-streak. 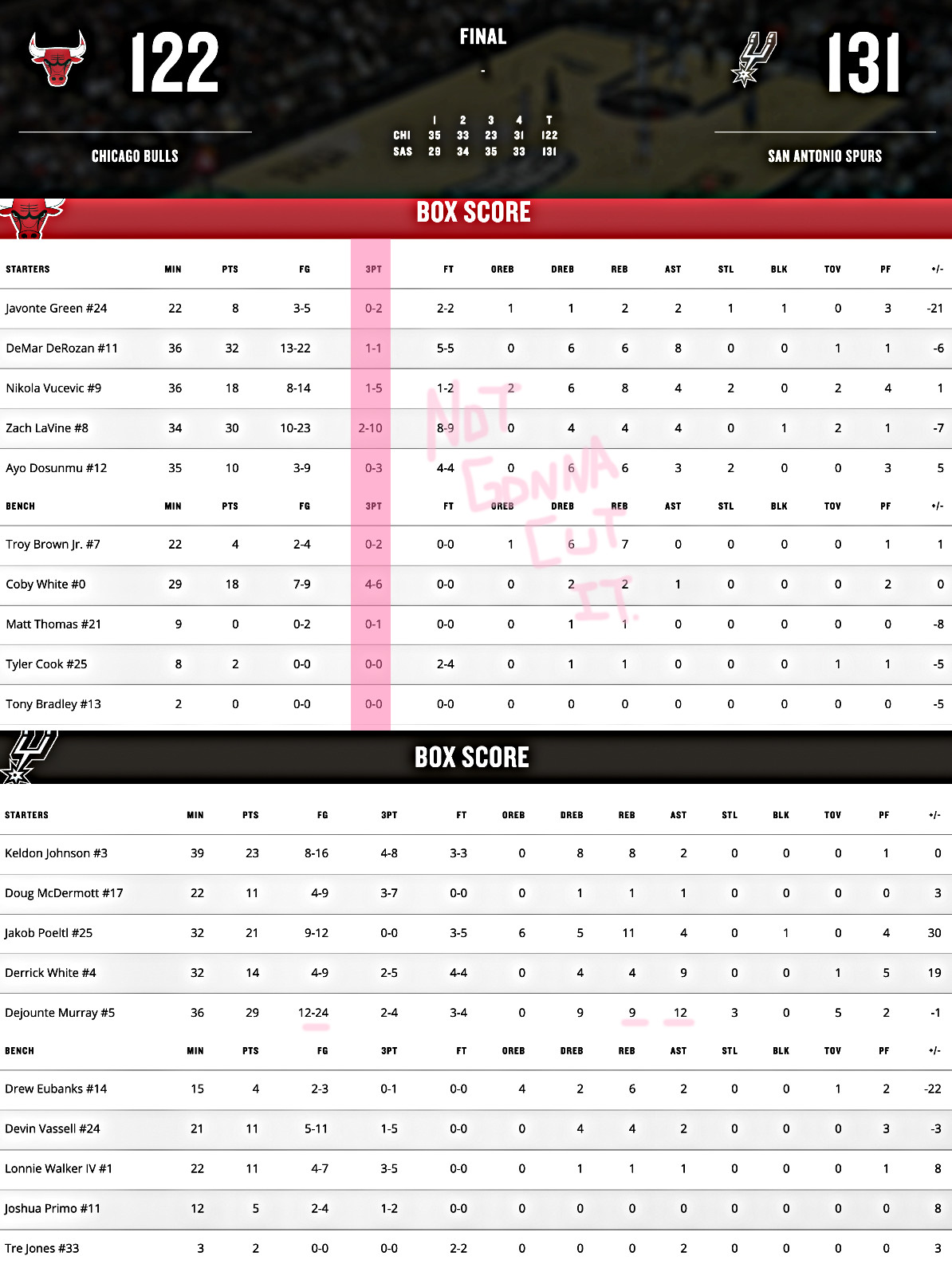