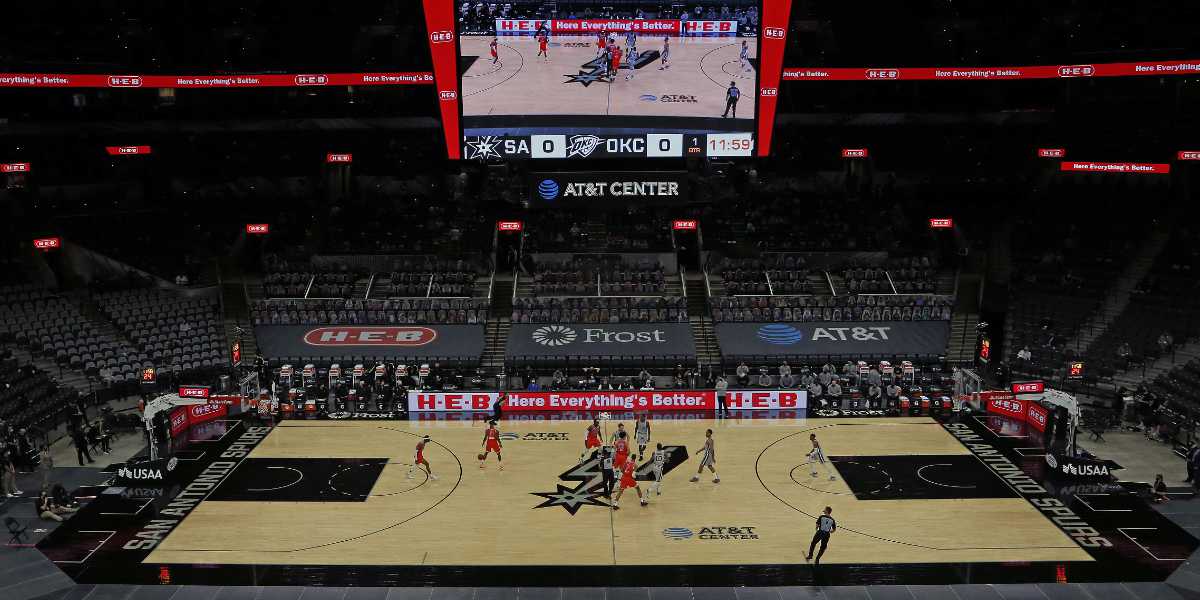 DeMar DeRozan has played for two other teams in his career: The Raptors and the Spurs.

What are the chances he plays both one after the other?

•   Wednesday night was our first time seeing Zach LaVine and DeMar DeRozan share the floor in six games, and the duo didn’t disappoint. The two combined for 52 points, 15 assists, and 15 rebounds on an efficient 57 percent shooting performance from the field. Both played a pivotal role closing out the game after the Raptors erased a 19-point lead, as LaVine forced his way to the free-throw line on an and-one drive to the hoop before DeRozan used his tricker to get to the charity stripe on the following possession. While the Spurs do have one of the better backcourt defenders in Dejounte Murray, there should be no reason this duo can’t give a defense that has allowed the 8th-most points per game some fits.

•   Nikola Vucevic was also plenty dominant in the team’s victory over the Raptors, dropping 17 points with 15 rebounds and 8 assists. Tonight should be a slightly tougher matchup with strong shot-blocker and elite offensive rebounder Jakob Poeltl on the other end. Poeltl will make Vucevic work on both sides of the floor, and the big man will have to find a way to continue his recent string of efficient play to help the Bulls avoid a scare on the road.

•   The Bulls have seen double-digit leads disappear thanks to high-intensity ball pressure the past two games, and I expect we see one of the smart head coaches in Gregg Popovich use that to his advantage tonight. I’m sure Murray and fellow starting guard Derrick White will press this Bulls backcourt hard from the start, and I’ll be curious to see how this Bulls team responds.

•   The Spurs like to get out and run, so the Bulls transition defense better be ready. San Antonio averages the 8th-most fastbreak points per game, which is roughly the same as Chicago. They do this, in part, by forcing the 12th-most turnovers per game, and that could spell trouble for a Bulls team that has averaged 16.7 turnovers over the last three games without two of their primary facilitators (Ball and Caruso).

Bulls “Are Open to Adding a Backup Center,” So Let’s Take a Look at Who Might Be Availablehttps://t.co/QPPqar41Ch pic.twitter.com/hho4QCysi5