Around the Association: Jokić vs. Embiid, Morant for Most Improved Player? Simmons Saga Continues, More Skip to content 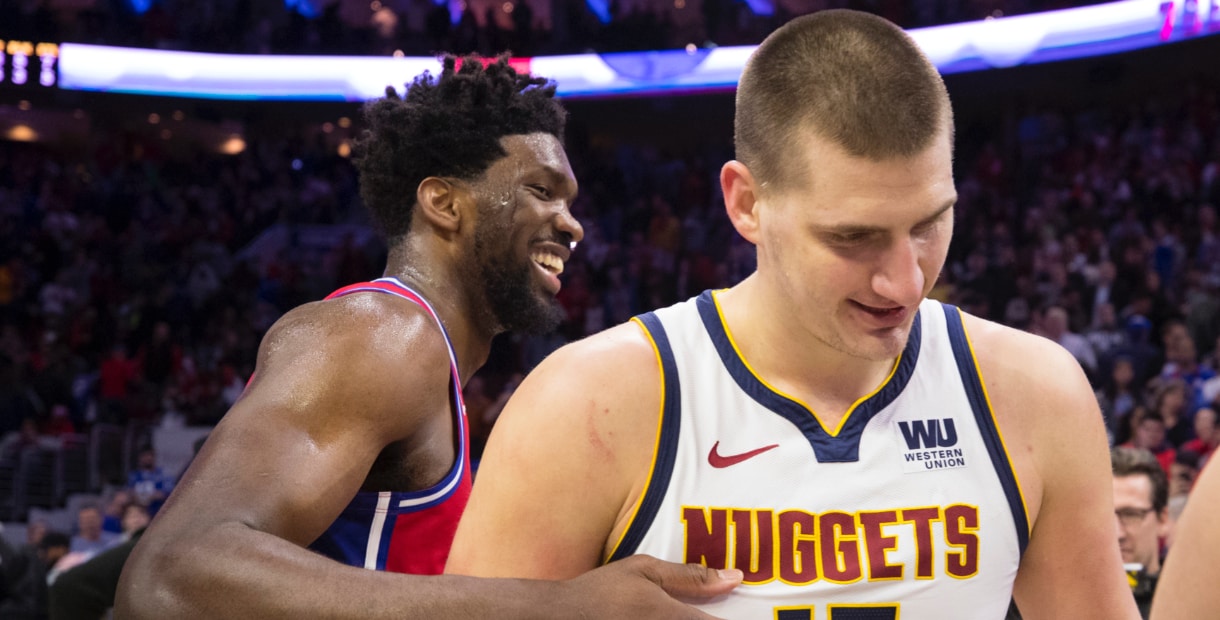 The NBA All-Star Game is right around the corner, and the NBA season seems to be heating up. Some sleeping giants are awakening and the game’s best stars are gearing up to be in the spotlight in Cleveland. Here’s the latest from around the association.

He is playing without his 2nd and 3rd best players and the Nuggets are 7 games over .500.

Jokić is playing the best basketball of his career, which is incredible to think after the monster 2020-21 campaign that he put together last season. Jokić is a special offensive player, and he’s playing the best defense he ever has this season, but get a load of some of the numbers highlighted on a December episode of The Void podcast on The Ringer:

Not only is Nikola Jokic in the best shape of his life, but he’s playing the best defense he ever has. #TheVoidNBA pic.twitter.com/mcqpLalvDL

Jokić’s passing and offensive IQ is off the charts, and it looks like poetry in motion. It’s so pretty. Jokić has been so dominant this season that he has the Nuggets at 28-21 and in the fifth seed in the Western Conference this season without Michael Porter Jr. and Jamal Murray, both of whom suffered season-ending injuries earlier this year.

The only thing that might stand in the way of Jokić’s second straight NBA MVP award is another freakishly talented big man ….

That’s right, Joel Embiid is absolutely on fire right now, and he’s got something to say to those ready to crown Nikola Jokić the MVP. Embiid is averaging 28.9 points, 10.7 rebounds, 4.3 assists for the Philadelphia 76ers, who are just a half-game behind the Bulls, and Heat for the top spot in the Eastern Conference.

Embiid put up a modest 17-point and 14-rebound double-double on December 15; since then, Embiid has not scored less than 20 points in any game and is averaging 33.96 rebounds points and 10. 4.5 assists, 1.6 blocks, and 0.8 steals in 20 games—absolutely insane production for the Philly big man.

Embiid has logged five 40-point performances and a 50-piece this season. His scoring breakdowns are wild. Check it out:

Joel Embiid and Nikola Jokić are neck-and-neck right now, and the race is heating up. Both Embiid and Jokic will be starters in this month’s NBA All-Star Game, so we’ll get to see them on the same floor, and maybe even against one another?

Ja Morant is out here playing NBA 2K on the easiest setting. It’s just not fair. Look at this …

Memphis went 12-4 in January on the strength of Morant’s ridiculously hot month, and the Grizzlies are 35-18 on the season. Memphis is in third place in the Western Conference behind the Golden State Warriors and Phoenix Suns. Ja Morant won’t be in the MVP race with Jokić and Embiid, but he has to be a lock for Most Improved Player, right?

Morant besting his previous career bests by a bunch in multiple categories, averaging 26.4 points (+7.3),  6.0 rebounds (+2.0), and 1.3 steals (+0.4). His assists are slightly down this season, but his .49.1 percent shooting percentage is 4.2 percent better than his 44.9 percent shooting percentage from last season. Morant has unlicked a whole new level of play this season.

•   The latest on the Ben Simmons saga …

Ben Simmons and the Philadelphia 76ers are stuck in a moment. https://t.co/KpqQi8t8to

•   As we inch closer to the NBA All-Star Game later this month, we’re going to begin to see the names that will make up the skills events emerge. According to Shams Charania, Orlando Magic guard Cole Anthony is going to be taking part in the NBA Slam Dunk Contest during the ASG weekend in Cleveland:

Orlando Magic guard Cole Anthony is committing to the NBA Slam Dunk Contest at All-Star Weekend in Cleveland, sources tell @TheAthletic @Stadium. At 6-foot-3, Anthony has had some explosive dunks and is having a breakout sophomore season (18 PPG, 6 RPG, 6 APG).

•   NBA Paint is one of my favorite accounts on Twitter. There’s something about the simplicity of the humor and artwork on that account. So, it was nice to see NBA Paint get its national shine last week on the NBA on TNT broadcast.

•   For some background on NBA Paint, check out this story by Katie Heindl over at Dime from this past summer:

Get Out The Paint: The story behind NBA Twitter’s most artistic account, @nba_painthttps://t.co/khHosd5iFv

•   The Utah Jazz will be without Joe Ingles for the remainder of the season after the veteran big man underwent surgery to repair a torn ACL:

•   RedZone for basketball? You have my attention, NBA.

•   Josh Giddey became the youngest player to reach 500 points, 200 rebounds, and 200 assists in his first 45 games since LeBron James.

.@joshgiddey became the youngest player to reach these numbers in his first 45 games since @KingJames 🔥

•   Everyone loves dunks! Here’s the top dunks from the last week of action, courtesy of the NBA’s Twitter account:

Check out the TOP-10 Dunks from Week 15 of the #NBA75 season! pic.twitter.com/X2JpahFgue

•   What slump? Steph Curry went off on Monday night!

•   Plenty of hoops action on the slate tonight!