I guess if the Bulls were going to right the wrongs of their last matchup with the Orlando Magic, it had to happen like this.

The first half felt eerily similar to what we saw on the road a little over one week ago. The Magic came out like the more fiery and determined bunch, shooting 56 percent from the field in the first half as they kept the Bulls within arms reach. Coming out of the locker room, the Magic played a downhill game that quickly threw them into the bonus with 8:38 still go in the quarter. The Bulls were able to limit their fouls after that, but it only made life that much harder for a defense struggling to control the paint and pull away.

The 4th quarter is where the real scare ensued. The Magic rattled off a 10-0 run in roughly 90 seconds to tie the game with 6:02 to go. It felt like the Bulls were on the brink of losing to the NBA’s worst squad for the second time in six games … but then they found their identity again.

Orlando went on to score just 2 more points the rest of the game as the Bulls took complete control on both ends of the floor. Every member of the team’s starting lineup scored in the final 5:46, with Ayo Dosunmu dropping back-to-back huge buckets for the final dagger.

The rookie – and freshly announced Rising Star – was so clutch he received the stamp of approval from Mr. 4th quarter himself.

Look, I’m not going to sit here and pretend that was the most satisfying win. Giving up 115 points to the 3rd-worst offense in the league still highlights just how rough life has become for this depleted Bulls defense. But a win is a win, and the Bulls continued to show they have the experienced talent and offensive firepower to efficiently close out a game.

Thanks to a Miami loss, the Bulls have also moved back into sole possession of first place. The Heat and the 76ers sit only 1.0 game back, but this still serves as a good reminder of how important taking advantage of these winnable games can be. Let’s hope they can keep this up with the Raptors and Pacers up next. 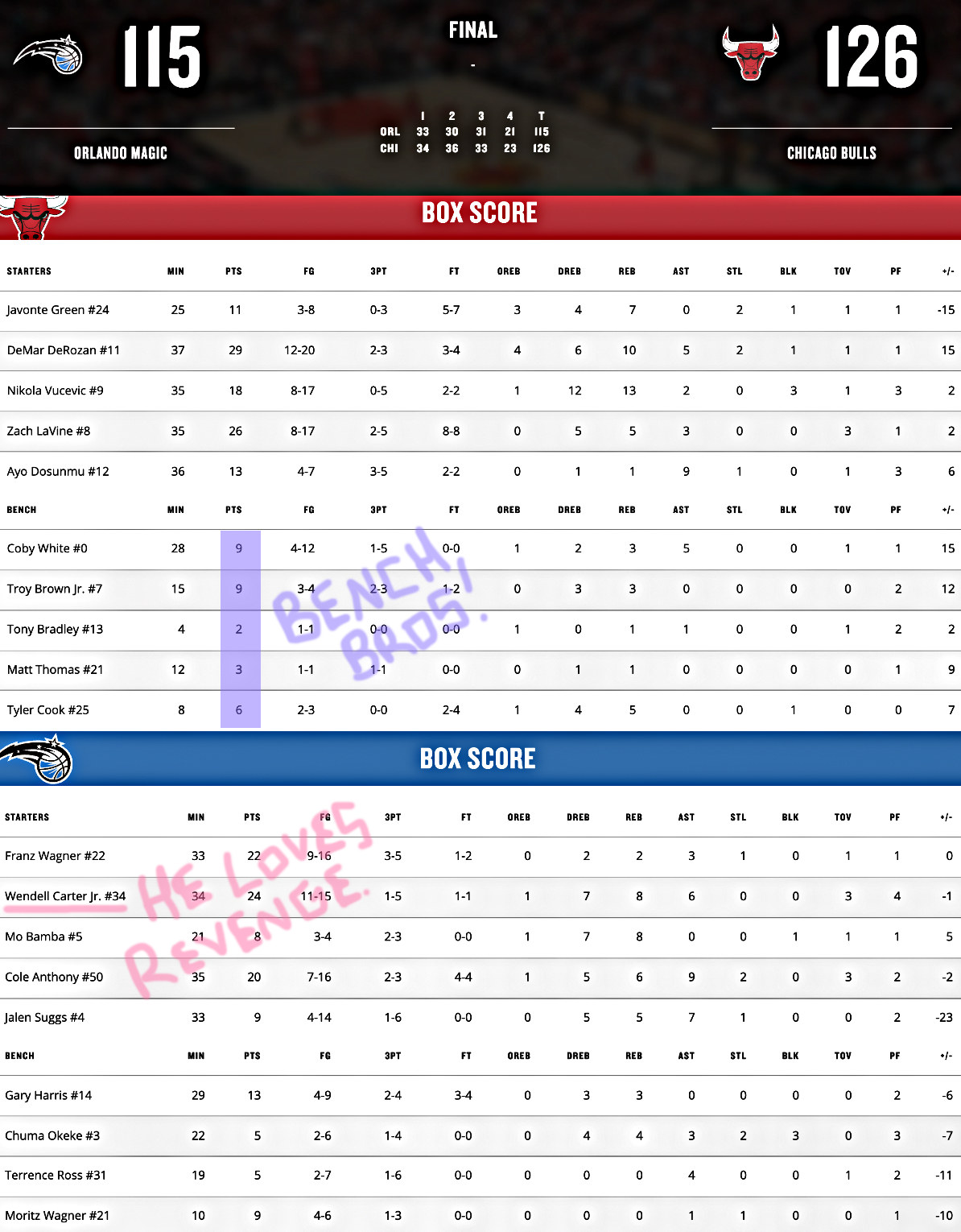