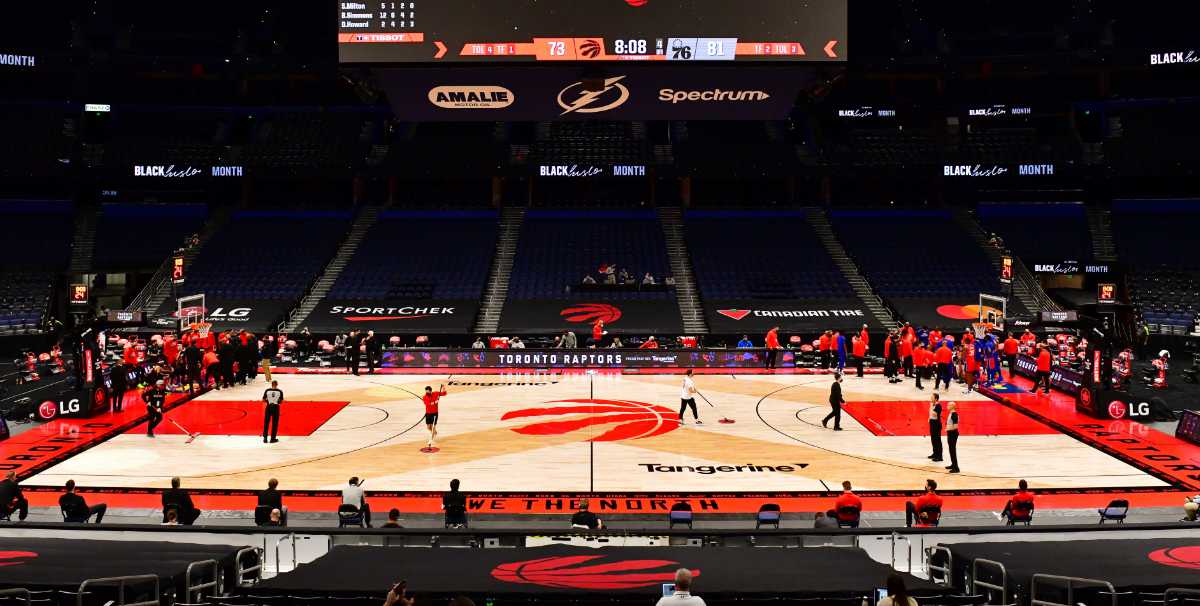 The Bulls head north of the border, looking to make it six-in-a-row against the Toronto Raptors with a victory tonight. The Bulls have won the last five meetings overall and the previous two meetings in Toronto.

• The Bulls are 2-0 against the Raptors this season, but Toronto has played them tough in their two meetings. The Raptors have plenty of size, and Fred Van Fleet will likely be back in the lineup after the Bulls missed him in their matchup with Toronto last week. Gary Trent Jr. torched the Bulls for 32 points in 37 minutes last week, so the Bulls will want to pay special attention to him in this one.

•   Nikola Vučević logged his most efficient outing of the season last week against the Raptors at the United Center, hitting 8-of-11 shots (.727) from the floor, finishing with 17 points and a game-high 15 rebounds. Vučević’s efficient evening helped the Bulls score a season-best 68 points in the paint, an area that they’ve struggled in all year.

•   In eight games against his former squad, DeMar DeRozan is averaging 23 points, 6.6 rebounds, 7.8 assists in 35.8 minutes per contest while shooting 46.2 percent from the floor. DeRozan led the Bulls in scoring in both of their victories against the Raptors this season, logging 26 points in the first meeting and 29 points last week.

•   Nikola Vučević notched his 27th double-double of the season vs. Orlando (2/1) with 18 points and 13 rebounds. That ties him with Giannis Antetokounmpo for the sixth-most double-doubles in the NBA this season. Vučević has been on a roll of late, recording double-doubles (points/rebounds) in eight of his last nine games, per Bulls media notes.

The East Struggles, Raptors Revenge? Limiting the Turnovers, and Other Bulls Bulletshttps://t.co/oqy9gkt0nD