The Chicago Bulls rookie had a miraculous performance tonight even without his epic dagger dunk. Dosunmu dropped 15 points to go along with a career-high 14 assists, marking his third game this season reaching the double-digit assist threshold. Dosunmu’s 14 dimes also ties a season-high for any rookie this season.

Still, as good as Dosunmu played, it was Nikola Vucevic who looked like the best player on the floor. The big man dropped 36 points (his second-consecutive 30-point game) with 17 rebounds, taking full advantage of the heavily depleted and undersized Indiana Pacers. Without Vuceivc tonight, the Bulls would have easily found themselves in a concerning hole, especially when we consider the Pacers team found a way to shoot 49.5 percent from the field and 44.4 percent from downtown.

DeMar DeRozan also played at his normally elite level on the offensive end, dropping 31 points with 7 assists. He did have six turnovers and struggle at times to avoid the whistle, but he came through when it mattered most to ensure the Bulls took home a W without Zach LaVine and Coby White.

Look, is it the best win? Not at all. The Pacers were missing guys like Domantas Sabonis, Myles Turner, and Malcolm Brogdon, and they didn’t play a single player who stood over 6’8.” But, hey, we all know the Bulls are also missing a handful of key players, so to see them edge things out on the backend of a back-to-back with a complete team effort is still encouraging. Games like this should make us feel a tiny bit better about this group’s ability to stay afloat over the next handful of months as they wait to get healthy. 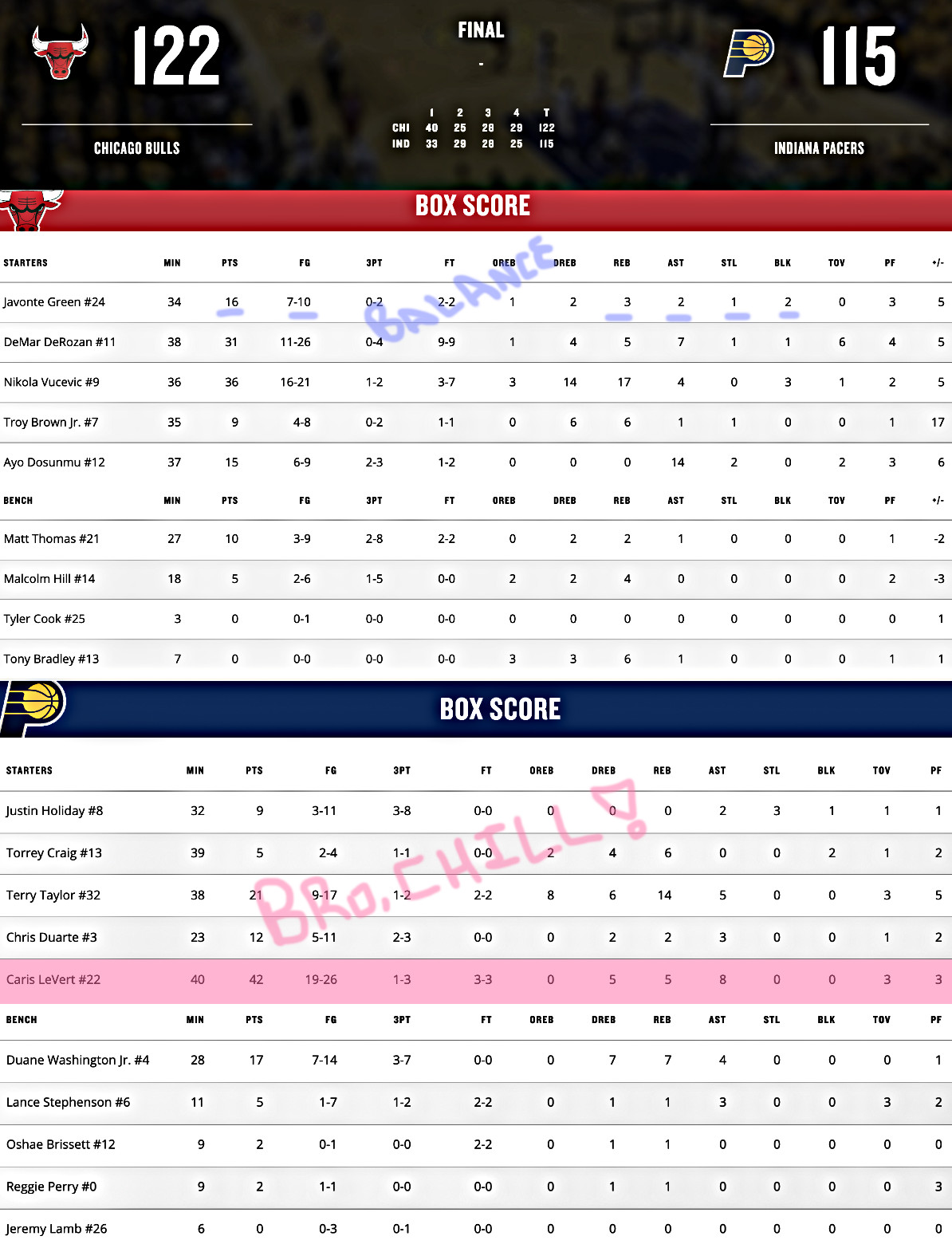