I got to be honest, I’m pretty surprised the Bulls were in it as long as they were. They clearly looked like the lesser team from the moment the ball tipped off thanks to their injury trouble, but a high-energy effort kept things within arms reach until the final minutes of the 4th quarter. In fact, even when the 76ers stretched their lead to as large as 17 points in the 2nd half, this pesky Bulls team was able to shrink it all the way back down to four points midway through the final frame. Impressive, but not enough.

I feel worst for head coach Billy Donovan. With a Bulls victory this afternoon, he would have booked his ticket to Cleveland to serve as the Eastern Conference head coach representative. Instead, it will be the Miami Heat’s Erik Spoelstra, who saw his squad move back into first place in the East by a .5 game thanks to the Bulls’ loss.

To be sure, I also feel plenty bad for DeMar DeRozan. The All-Star starter did literally everything he could to keep the Bulls alive, scoring a season-high 45 points with 9 rebounds and 7 assists. He went toe-to-toe with fellow MVP-candidate Joel Embiid, who had his own miraculous performance against this undersized Bulls frontcourt with 40 points and 10 rebounds.

I have plenty of other thoughts, especially on the frustrating 34 minutes from Matt Thomas where he took more shots than Ayo Dosunmu and Javonte Green, but I’ll save those for tomorrow. For now, I’m going to go enjoy the rest of my weekend. I hope you can do the same. 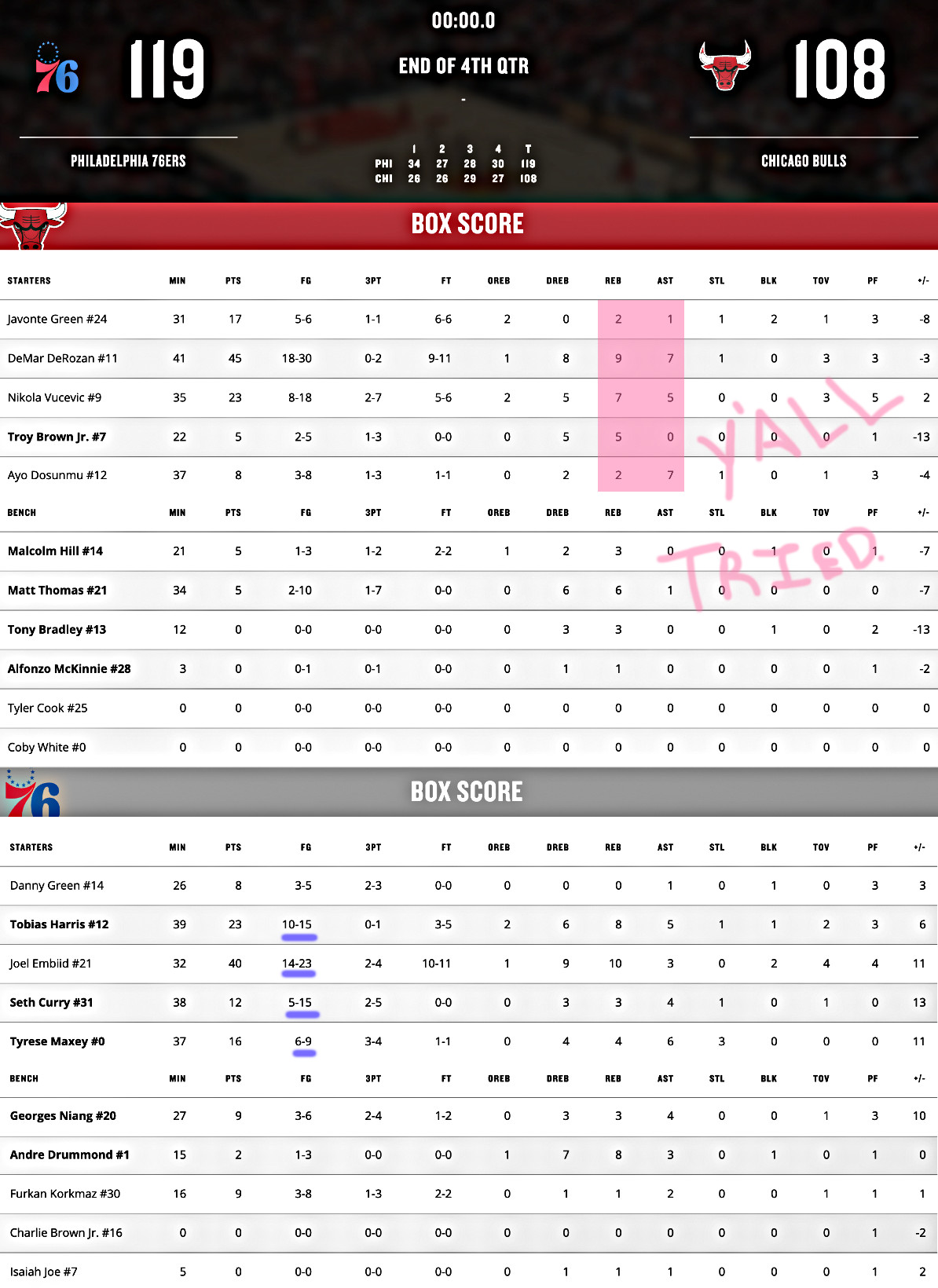