Around the Association: Trouble in the Big Apple, Who's the Best in the West? Ball and Murray Heading to Cleveland, More Skip to content 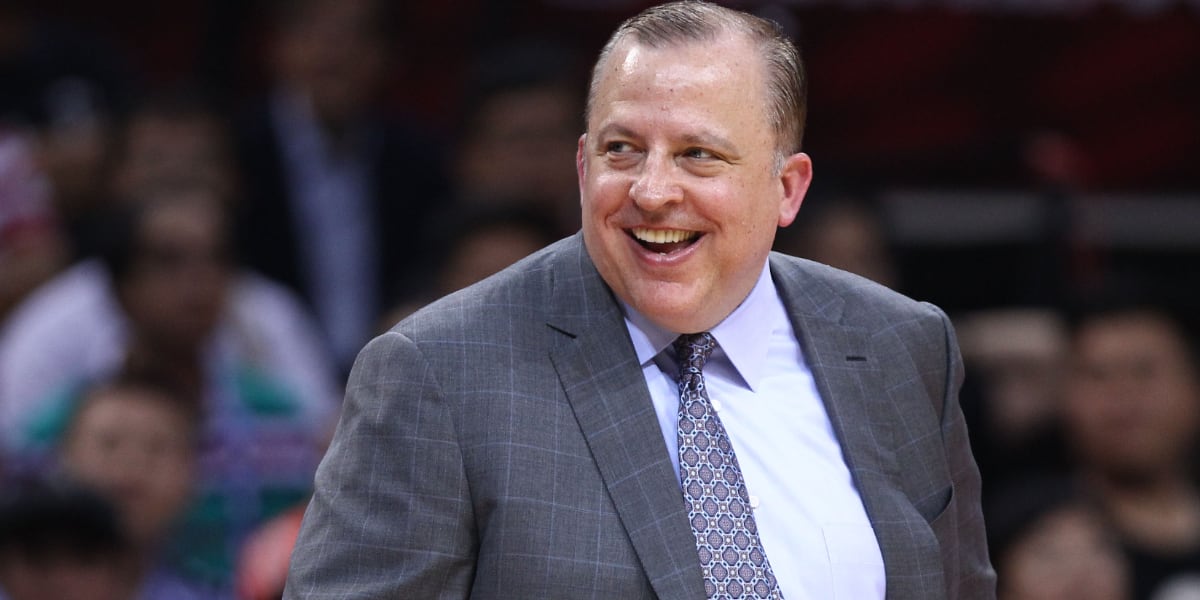 Tom Thibodeau and the Knicks are a movie that Bulls fans have seen before … and heck, we even tried to warn ya!

Trouble in the Big Apple?

The New York Knicks were expected to be a no-doubt contender in the Eastern Conference this season after they won 41 games and finished fourth in the East, but things haven’t gone as planned so far this season with the Knicks checking in at 24-30, 12th in the Eastern Conference. Tom Thibodeau takes a team of good players and extracts the most out of them, and makes it appear that they’re better than they are for a short period. Then when his hard-nosed ways grind them down mentally and physically, his Cinderella squad turns back into a pumpkin. I feel like we’ve seen this before …

The Knicks needed help with Derrick Rose injured, and the front office traded for Cam Reddish. But, since coming to New York, Reddish has been a DNP-Coach’s Decision four times and is averaging just 6.9 minutes per game.

On Monday, Marc Berman of the New York Post reported that a league source told him that Thibodeau didn’t want the team to trade for Cam Reddish. “From my understanding, Thibs didn’t want him, and they did it anyway,’’ an NBA source who has been in contact with Knicks brass told Berman.

So, the Knicks are on the outside looking in on the playoff picture, Thibs is refusing to play a player that the front office spent a future first-rounder (and Kevin Knox II) on, and this whole dynamic seems to be heading for a nasty divorce just months after some proclaimed that the Knicks were contenders to compete for an Eastern Conference title.

Let’s check in with Rob Perez (or more commonly known as @WorldWideWob on Twitter), who is one of the biggest and brightest Knicks/NBA fans around with a following nearing a million on Twitter:

As Bulls fans, we know that what Rob is saying is true. We’ve seen it. We watched Thibs’ feel-good, do the most with the least story implode in Chicago. Then we watched it implode in Minnesota. Now in his third cycle as a head coach in the NBA, it’s painfully apparent that Thibs hasn’t learned from his past mistakes, and he just can’t get a team over the hump. It’s sad because Thibs is a nice guy whose players love him. This is evident by the number of Bulls players who followed him at his next stops. But he can’t escape his ways, and not only will this New York team be dismantled shortly, but this will also likely be Tom Thibodeau’s last stand as an NBA head coach.

With the NBA All-Star Game right around the corner, it’s a perfect time to look back on the 1998 ASG where Kobe Bryant became the youngest starter in league history and battled with Michael Jordan.

On this day in 1998, two of the greatest went at it in the NBA All-Star Game 🐐❤️ pic.twitter.com/hgInv97FxZ

Check out the highlights from the battle of two of the greatest basketball players of all time courtesy of ESPN:

24 years ago today, the two went head-to-head in the 1998 NBA All-Star Game 🔥 pic.twitter.com/tIvoAIhJ1i

LaMelo Ball and Dejounte Murray are Heading to Cleveland …

For the All-Star Game … duh.

The youngest Ball brother and Dejounte Murray were selected as alternates to replace Kevin Durant and Draymond Green in this month’s NBA All-Star Game in Cleveland. It will be the first ASG appearance for both players.

Ball, 20, is the NBA’s reigning Rookie of the Year and averages 19.5 points, 7.1 rebounds, and 7.5 assists per contest in his sophomore campaign for the Charlotte Hornets.

Murray, 25, is nearly averaging a triple-double this season at 19.5 points, 8.4 rebounds, and 9.2 assists per contest. In addition to his first All-Star Game appearance this season, Murray should be in the conversation for the NBA’s Most Improved Player Award with a significant increase in his numbers from this season to last. A couple of weeks ago, Bulls fans got an up-close look at Murray’s improved play when Murray fell one rebound shy of a triple-double (29 points, 12 assists, nine rebounds) as the Spurs beat the Bulls 131-122 on January 28.

The Best in the West

Watching the Phoenix Suns last night left me feeling like the defending Western Conference champions are just on another level than the rest of the league. The Suns nearly won an NBA title last year, and they’re better this year than they were when they came up just short of a Larry O’Brien Trophy. Devin Booker is playing out of his mind. He’s averaging 25.5 points, 5.3 rebounds, and 4.3 assists per game, and we got a first-hand look at his scoring prowess last night when he dropped 38 points on the Bulls.

But it’s not just the Devin Booker show in Phoenix. This season, Deandre Ayton is at 16.3 points and 10.5 rebounds, and he’s shooting 63.5 percent from the floor. Chris Paul averages a double-double with 15.0 points and 10.4 assists per game, and Mikal Bridges provides the Suns with elite defense and 13 points per game. But it’s not just the starting lineup for Phoenix that makes the Suns a legitimate favorite to win it all; they went out and addressed their holes on the bench, and their averaging 36.3 bench points per contest.

But, for as good as the 43-win Phoenix Suns look, the Golden State Warriors are always lurking. Golden State has won nine consecutive, and they’re just 2.5 games behind the Suns in the Western Conference standings.

Klay Thompson led @warriors to their 9th-straight-win as he moved in to 18th place in all-time three pointers made! 💦 #DubNation@KlayThompson: 21 PTS, 2 STL, 3 3PM pic.twitter.com/fgzRi6MyUb

With Steph Curry doing his usual thing and Klay Thompson back in Golden State, you can never count the Warriors out when you’re discussing the best in the west and likey the best in the NBA. As of right now, Phoenix just seems like the slightly more complete team between the two, but their impending playoff series is going to be appointment viewing.

•   We have our first blockbuster of the lead-up to the NBA trade deadline!

•   This should be pretty cool. Where will Phil Jackson land on this list?

The NBA's 75th Anniversary season continues with the unveiling of the 15 Greatest Coaches in NBA History TONIGHT on TNT! #NBA75

•   The Ringer’s Kevin O’Connor provides us with a great read regarding the dynamic of the much-discussed James Harden-Ben Simmons trade rumors in his latest column:

Between now and Thursday’s deadline, the James Harden for Ben Simmons story will zig and zag again. And everyone involved should want this trade to happen. Harden. Simmons. The Sixers. The Nets. Klutch. All of them. https://t.co/RVZUjJsEEz

•   36 years ago to the day a five-foot-seven Spud Webb won the NBA Slam Dunk Contest:

•   Benny the Bull wanted a piece of Devin Booker, a known mascot hater:

Benny the Bull wants all the smoke pic.twitter.com/4umCB7dhFV

• These are always good for a few laughs:

NBA Twitter reacts to Shaq signing with the Lakers (1996) pic.twitter.com/WeD5hP0wgx

NBA Twitter reacts to the Chicago Bulls winning their 4th NBA Championship against the SuperSonics (1996) pic.twitter.com/vmBNHf7keo