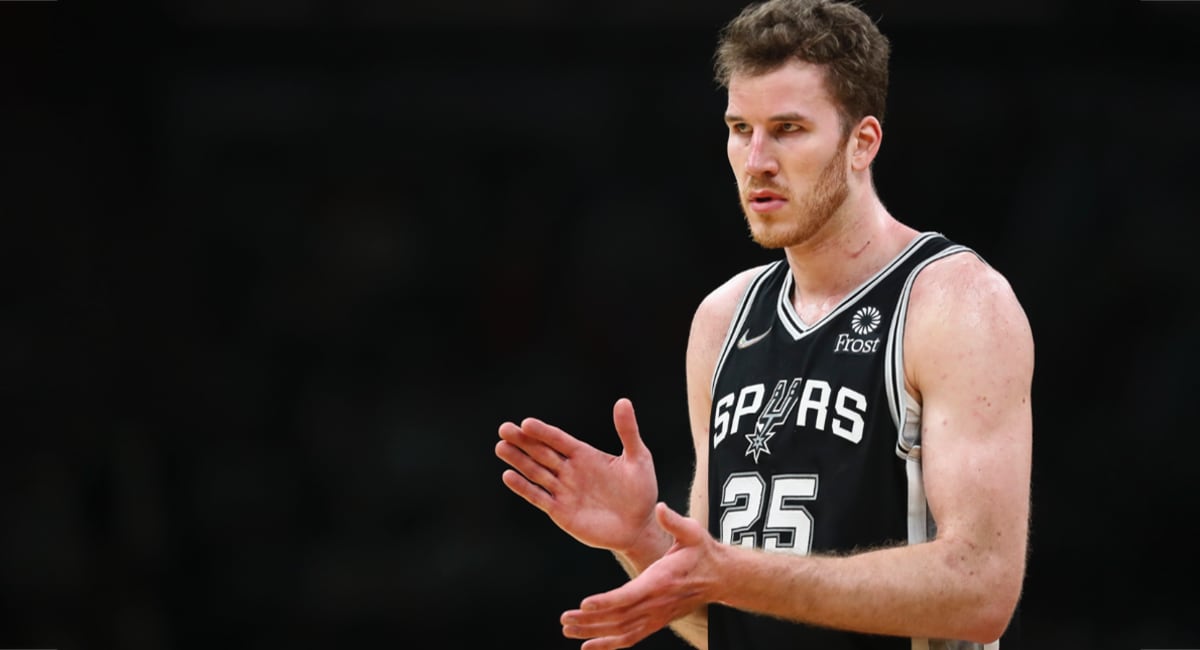 Did the NBA send out the wrong date in their last trade deadline memo? Tuesday morning became absolute mayhem around the league, as both CJ McCollum and Domantas Sabonis were dealt in separate blockbuster deals. We still have two days to go, folks!

Rather than linger on the logistics of both deals, I’ll drop our individual posts below.

The Kings Are Acquiring Domantas Sabonis in a Blockbuster Trade with the Pacershttps://t.co/Z3niTSvfNV pic.twitter.com/RokhF6FO3Z

More holistically, I want to speak to the fact that the market this season seems to be jumpy. Both deals today involved a team starving to get into the play-in tournament picture. Both the Kings and Pelicans sacrificed legitimate assets to grab a proven veteran and push for a Western Conference playoff appearance. Whether or not that is a mission they can actually accomplish is a fair question, but it’s also one that can not be answered at this point in time. And that element of the unknown could strike fear in the eyes of other teams, creating a domino effect that sparks teams towards more action over the next couple of days.

We also have to wonder whether or not the Kings and Pelicans are done shaking up their own rosters. The Kings, specifically, still have players like Harrison Barnes and Richaun Holmes to make available, two players who have popped up in rumors in recent weeks. But might both come off the table now as they try for a playoff push?

On the flip side, we have two teams who appear to be completely open for business. The rumors have not been shy when it comes to the Pacers’ willingness to part with big man Myles Turner. ESPN’s Adrian Wojnarowski notes that Turner’s fate could be changed now that Sabonis is out of the picture, but it’s hard to rule anything out until the deadline passes on Thursday, especially with how active this Indiana team has been. The other player that I could see drawing plenty of interest over the next 48 hours is Torrey Craig. Under contract for one more season, Craig can be an instant-impact defender for any contender around the league, and he doesn’t really fit the current youth movement we see brewing in Indy (31 years old).

The Trail Blazers plan to keep building around Damian Lillard, per Wojnarowski. With Norman Powell and Robert Covington sent to the Clippers last week, the departure of CJ McCollum and Larry Nance this afternoon leaves the team with only a few pieces left to deal. The biggest piece (literally and figuratively) is surely Jusuf Nurkic. The big man is on an expiring deal and putting together a solid season behind 14.5 points and 10.8 rebounds per game. We all know the Chicago Bulls are in the market for frontcourt reinforcements, but a Nurkic pursuit could very well end up like the one we’ve seen for Jakob Poeltl.

Speaking of big men, the fight to add size is on. The Chicago Bulls have been tied to Poeltl in recent weeks, and Jake Fischer connected the two again in his most recent piece for Bleacher Report.

Jakob Poeltl remains a highly coveted center on the trade market. Chicago has recently been mentioned as another interested team in addition to Toronto and Charlotte. The Bulls are searching for reinforcements in the frontcourt, sources said, behind Nikola Vucevic.

The latest is that the Spurs denied a recent Bulls offer, which potentially opens the door for the Raptors and Hornets to enter the mix. And, if we’re being honest, both teams make more sense for Poeltl. While he would be a tremendous addition that bolsters Chicago’s interior defense, Poeltl is a starter in this league. Both Toronto and Charlotte would be able to offer him the role and minutes needed at the center position. And, thus, both teams could be more willing to meet the Spurs’ presumably high asking price.

Chicago would absolutely hate to see either team add Poeltl to their rotation. Not only did he destroy the Bulls in the pick-and-roll on his way to 21 points and 11 rebounds on January 28th, but he would surely help both the Raptors and Hornets continue their venture up the East standings. The Raptors have been especially successful in their pursuit for a higher seed, stringing together a six-game winning streak. They appear set on adding a center over the next two days, and ESPN’s Brian Windhorst has reported the hope is they can package Goran Dragic with draft picks to get a deal done.

Meanwhile, another team in the big-man mix: The Minnesota Timberwolves. The organization wants to improve in the physicality and rebounding department, according to T-Wolves podcaster Dane Moore. Fischer of Bleacher Report recently mentioned former Bull Thaddeus Young as a potential target, who he also said is expected to reach a buyout if he isn’t traded. The Suns are also interested in Young’s services, per HoopsHype.

For those fans who are eager to toss out a Young-Bulls reunion, remember that the organization is not allowed to re-acquire Young at this time. The only possible way for him to rejoin the team before the offseason hits would be if he was traded to a team and proceeded to reach a buyout with that new team.

I’ve heard adding size to the frontcourt is a priority for the Timberwolves at the trade deadline — most likely in the form of a backup center, who provides physicality and specifically defensive rebounding.

Schroder to the Bucks?

The Chicago Bulls have been attached to Dennis Schroder several times in the last couple of weeks. In fact, the most recent rumor is the Celtics have an offer on the table from Arturas Karnisovas for the veteran point guard. Whether or not the two sides will reach a deal is hard to say, but the pressure could be on now that a Central Division foe has entered the mix.

According to The Athletic’s Jared Weiss, the Bucks and Celtics have talked about the framework of a Schroder deal, with the Celtics asking for Donte DiVincenzo in return. Milwaukee turned that down, but conversations are ongoing and have also included forward Grant Williams.

•   The Jerami Grant market remains fruitful, but whether that leads to a deal is not clear. Windhorst reported that offers have struggled to seriously progress, and it’s interesting to see The Athletic report that two of the most interested teams in Grant were two of the most active already this deadline.

If there is a trade for Grant made by Thursday’s deadline, the Wizards, Kings and Trail Blazers have shown the most interest in the two-way wing, sources tell The Athletic. The Nets have poked around, too, per sources, but Brooklyn doesn’t seem to be the most likely destination for Grant.

•   A game of cat and mouse between Harden and the 76ers continues:

New: League sources tell MassLive that the Lakers and Jazz are showing trade interest in Josh Richardson with Talen Horton-Tucker + pick being offered as part of a LA package. More: https://t.co/mpRGy95iUv