The Bulls’ dirty work maestro contributed to the scoreboard in a way Bulls fans have never seen before. He tied his career-high with 23 points on a wildly efficient 10-13 from the field. He soared for dunks in transition and splashed three 3’s from downtown. It was this kind of effort that allowed for the Chicago Bulls to score a season-high 134 points despite the fact that Zach LaVine walked off the floor with just 12 points. Think about saying that last season.

Along with Green, DeMar DeRozan notched his fifth-straight 30-point game (16 points came in the 4th quarter), tying a career-high. Nikola Vucevic also continued to channel his All-Star self, having another tremendously well-rounded performance with 7 assists. And, speaking of assists, a non-concussed Ayo Dosunmu earned his fourth-career double-double with 14 points and 10 dimes.

Oh, and I guess should mention Coby White’s six 3-pointers and 22 points off the bench! That was pretty darn cool too!

The Bulls sank a season-high 55 field goals in a 63.2 percent shooting performance against a Timberwolves defense that sits in the top half of the league. Again, the fact that I can type that sentence in a game where LaVine had his third-lowest scoring outing of the season just speaks volumes about how far this team has come in a year. I think tonight also served as a reminder of how talented this group remains after the trade deadline. In fact, I wouldn’t be surprised if there was a small chip on a couple of shoulders after some of the criticism the team got for not making a move on Thursday. 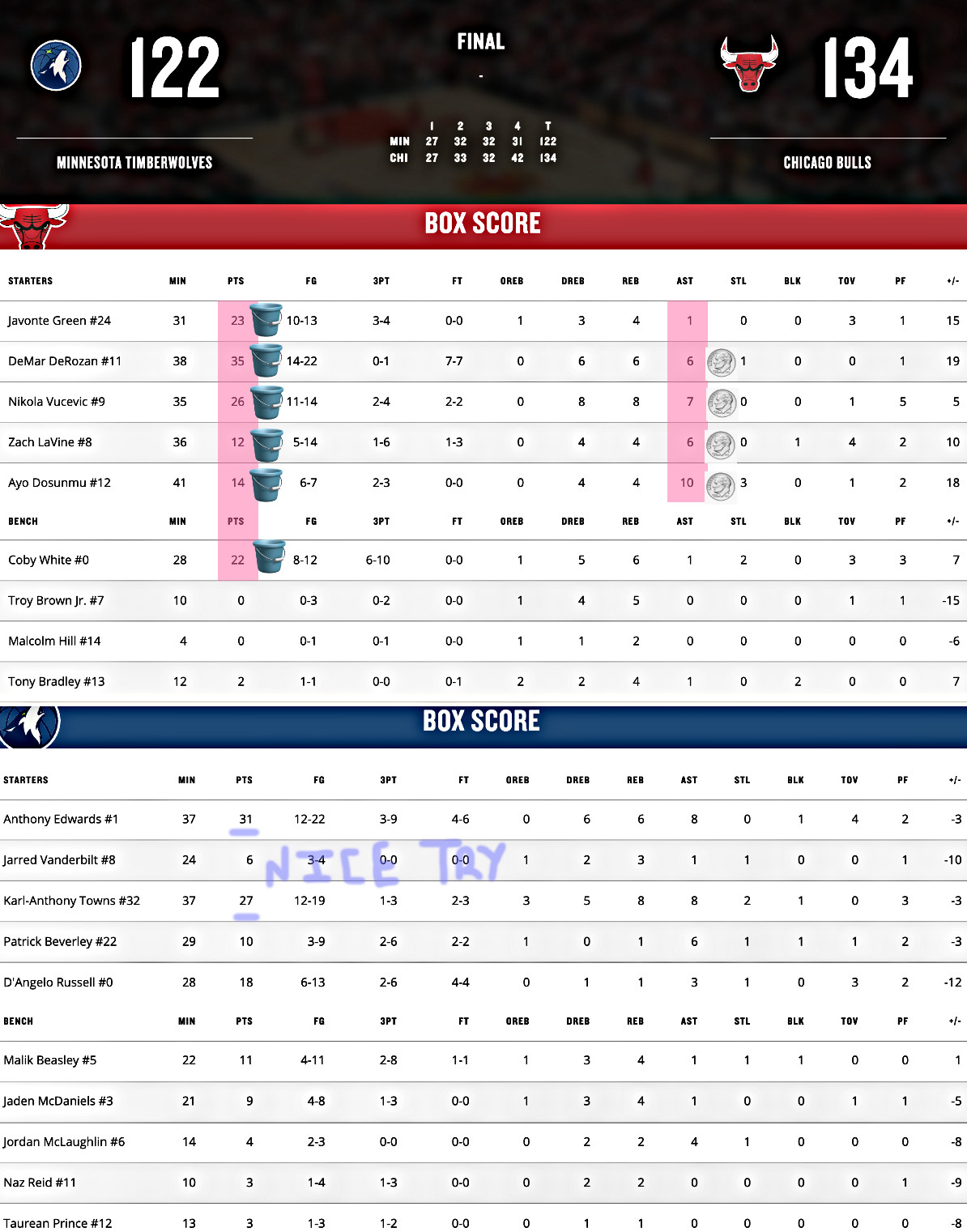