On the backend of a back-to-back without Zach LaVine and Javonte Green, it felt like the Chicago Bulls were in for a grind-it-out game … and that’s exactly what we got.

The Oklahoma City Thunder came out on fire to start the game, opening the night on a 21-8 run. The Bulls slowly but surely were able to find their groove with a 10-run to end the first half, but they still walked into the locker room losing to one of the NBA’s worst offenses. Fortunately, the second half was a very different story. The Bulls were never able to completely push the Thunder out of arm’s reach, but they did confidently gain control of the game thanks to their two All-Star-caliber players.

DeMar DeRozan recorded his sixth-straight game with 30+ points, marking the longest such streak of his career. Meanwhile, Nikola Vucevic dropped 31 points with 15 rebounds one night after a 26-point performance against the Minnesota Timberwolves. He dominated OKC big man Isaiah Roby, going 14-25 from the field and grabbing his most offensive rebounds since January 24th.

A big reason for Vucevic’s success was the play of rookie Ayo Dosunmu. The Bulls’ young guard continues to thrive in the starting lineup, as he found himself in triple-double watch tonight with 12 points, 8 rebounds, and 9 assists (six of which were to Vucevic). Not only is his ability to read the opposing defense remarkably impressive at this early stage in his career, but the ability he has to put his teammates in a position to succeed is pretty outstanding to watch. To be honest, I’m not quite sure where this team would be right now without him considering all the injuries, and it’s pretty crazy we can say that about a first-year guy.

Anyway, this gives the Bulls a much-needed third-straight victory in a remarkably competitive Eastern Conference. They have just two games remaining before the All-Star break, both of which will come against below-.500 teams. Grab those two W’s and everyone should be able to rest easy during a welcomed week-long break. 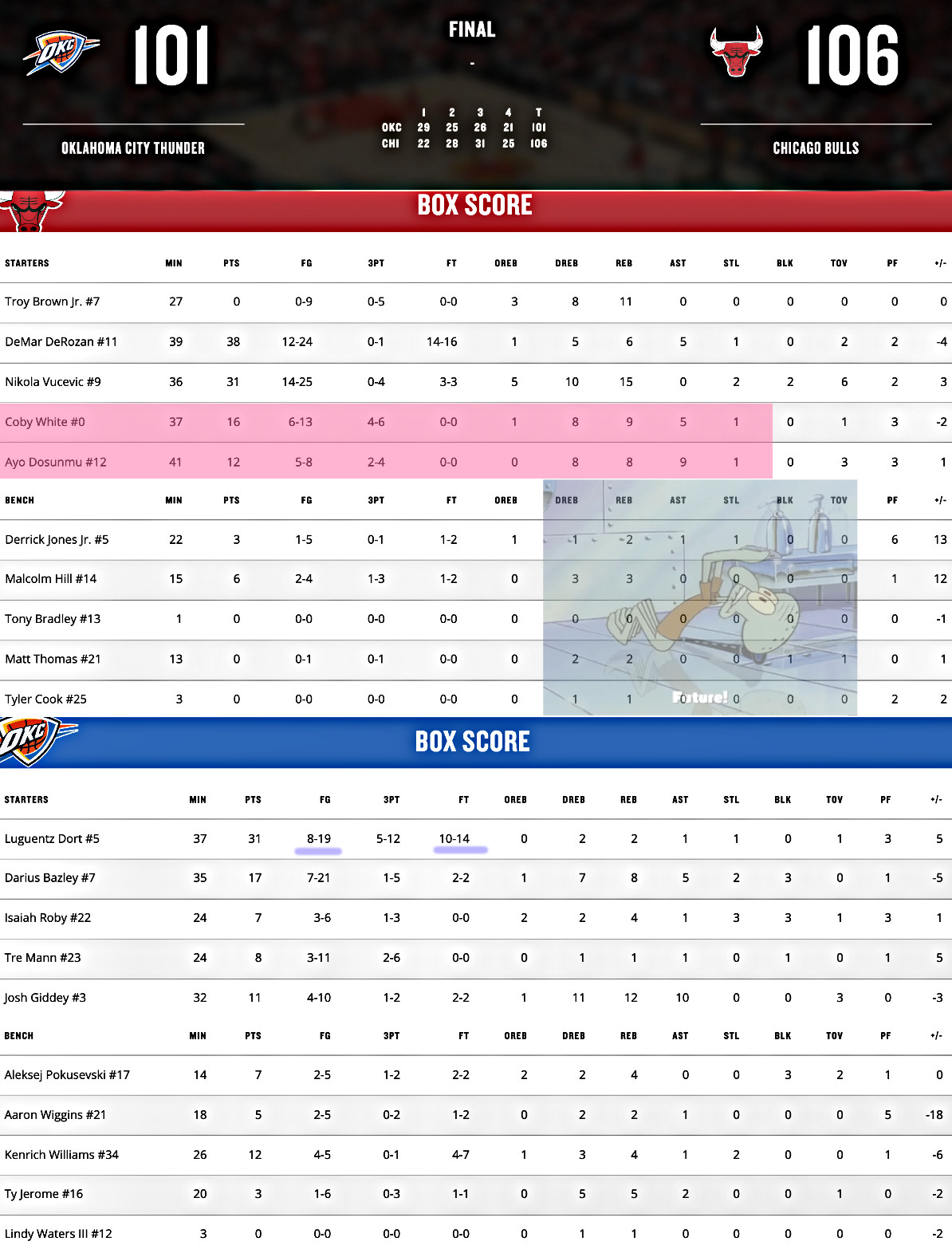