The King of the Fourth was at it again tonight at the United Center. DeMar DeRozan really is something special.

A solid finish to the third gave the Spurs a six-point lead over the Bulls, but DeRozan got right to work in the fourth, taking the ball to the rim for the hoop and the harm on the first possession, cutting the Spurs lead in half. And he wasn’t even close to being done.

DeRozan would go onto score 13 points in the first four minutes of the fourth quarter and add two more before heading to the bench for a brief breather mid-way through the quarter. It’s incredible how he can take over a ballgame seemingly at will.

Yes, San Antonio played at a feverish pace tonight, and they dominated the Bulls in the paint (70-52), but DeRozan was simply too much for them to handle. By the time the game hit the two-minute mark, DeRozan had dropped 40 points, the Bulls were up 112-108, and the MVP chants were ringing throughout the United Center.

The Bulls topped San Antonio by 11 for their fourth consecutive victory. There’s now just one more game to play before the All-Star break. 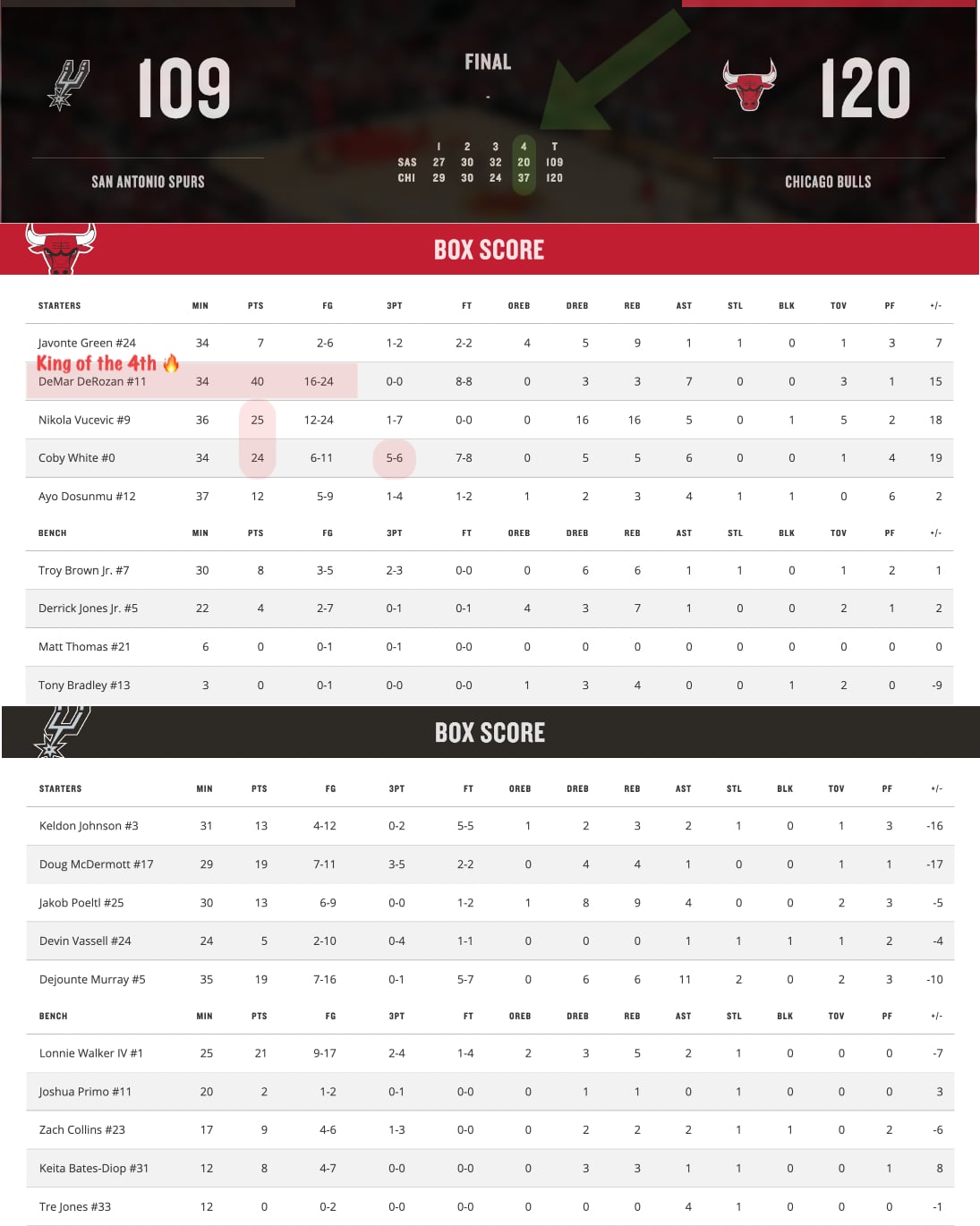