DeMar DeRozan is playing like an extraterrestrial being from planet Buckets that was brought to earth to rescue the Chicago Bulls.

With a 38-point showing tonight on 16-27 shooting, the All-Star starter became the first player in NBA history to record seven-straight games with 35+ points on 50 percent shooting or better. Not Michael. Not Kareem. Not Wilt. But DeMar ‘Midrange King’ DeRozan has strung together the most dominantly efficient scoring streak in NBA history.

When MVP ballots are cast later this season, this is the kind of stretch that quickly comes to mind. Who the heck knows whether or not that will actually lead to the votes needed to take home the award, but there is no question right now his name should appear prominently on the list. After all, his heroics have thrust a heavily depleted team into a five-game winning streak. The Bulls now head into the All-Star break back as the East’s top team, and they certainly looked the part tonight.

The new-look Sacramento Kings were able to hang around, but the Bulls’ balanced scoring attack made it feel like this game was still in the bag. Four players reach double figures by the halftime break, and the entire starting lineup got there by the end of the game. DeRozan led the way with his masterpiece, but it was the additional boost of Coby White that gave the Bulls that extra sense of security tonight.

The third-year guard dropped a season-high 31 points behind six made shots from downtown, reminding everyone why he wasn’t thrown into many trade rumors at this season’s deadline. Not only do the Bulls need his sparkplug scoring in the midst of all these injuries, but his special sharpshooting ability and improving playmaking is not something you give up lightly.

Anyway, it’s now time we all take a deep breath and look toward All-Star weekend. The Bulls might be one of the hottest teams in the league right now, but they need this break as much as anyone, especially with a tough post-All-Star schedule on the horizon. 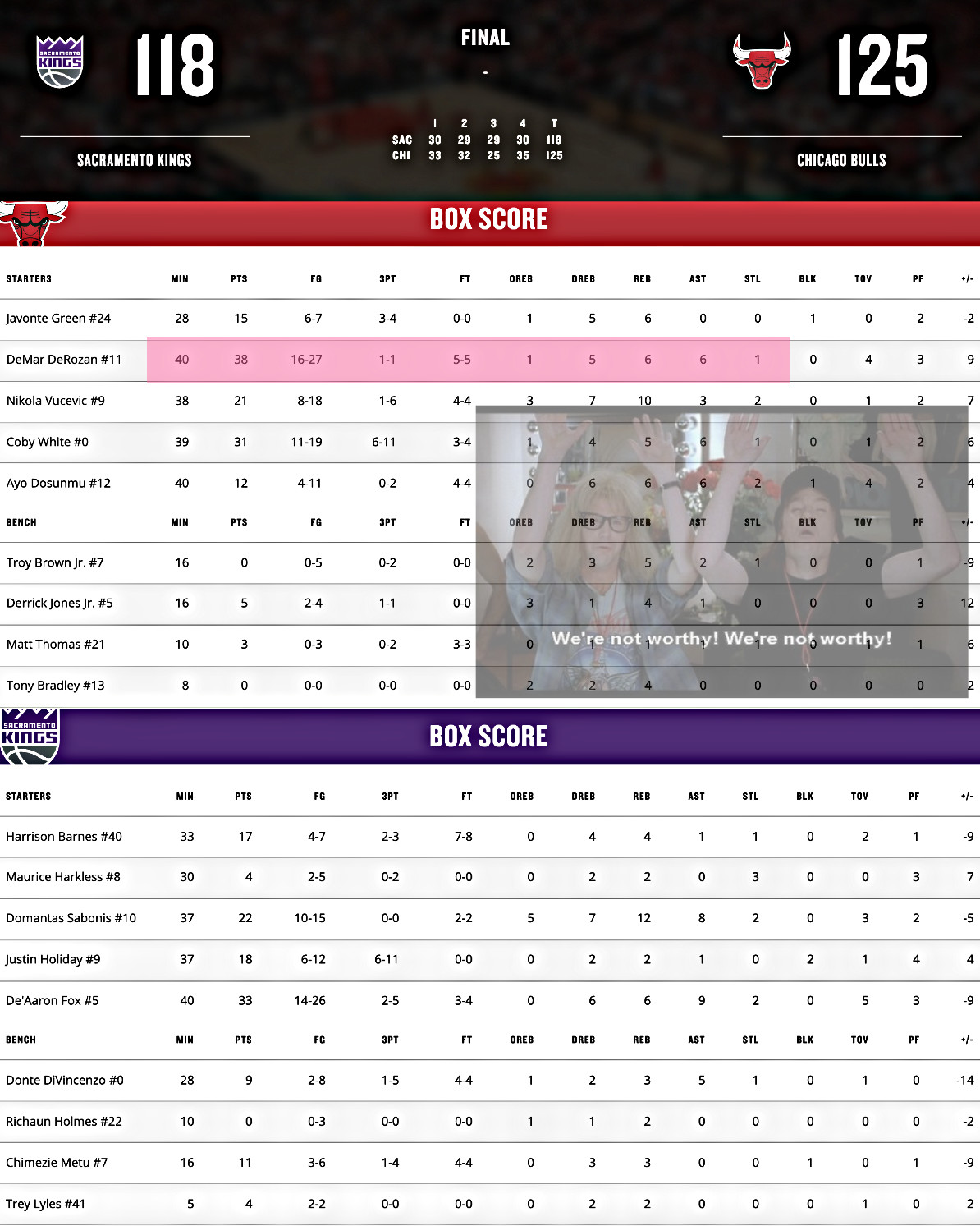