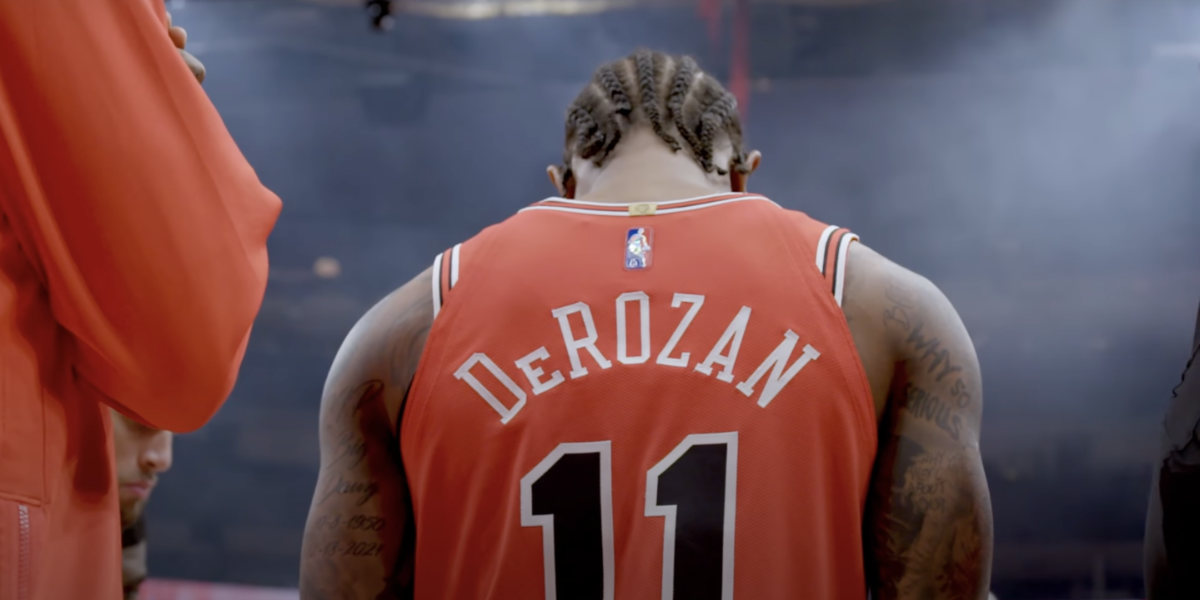 Bulls fans have fallen in love with DeMar DeRozan this season, as he’s put together an MVP-caliber performance and helped turn the Bulls from a bottom-feeder to a contender for an Eastern Conference title. It’s really quite incredible what he’s done in his short time here. But even more impressive is how he got here.

Tyler R. Tynes sat down with DeRozan recently for a GQ Magazine interview, and it’s a must-read of Bulls fans and hoops fans in general.

DeRozan discusses his career, and more importantly, his transformation from a 19-year-old rookie in Toronto to one of the best closer’s in the game today. Growing up in Compton, Ca., DeRozan idolized Kobe Bryant as a kid, and it’s a piece of advice that Bryant gave him that he still lives his life to this day.

DeMar has told me he tries not to look back on his life, but I watch him think for a moment, before bringing up the late Kobe Bryant. During the course of their friendship, Kobe would often tell DeMar to “be true to yourself—master whatever it is you’re comfortable with at first, before anything.” The most important part, he stressed, was to let nobody sway you. Ever. Do not let your mind change while you are on a singular journey that others could never understand. DeMar found power in that. He idolized Kobe as a boy, so that advice became biblical, a doctrine he’d cling to forever. The only thing he needed to know was that his path was the right path. If Kobe believed in him, and Kobe told him to stay sturdy, who cared what people thought about him?

Tynes does a beautiful job of boiling down the pivotal chapters of DeRozan’s life and career into the right notes and highlights the transformation from Compton kid to one of the NBA’s best players these days. I strongly suggest you give it a read today.