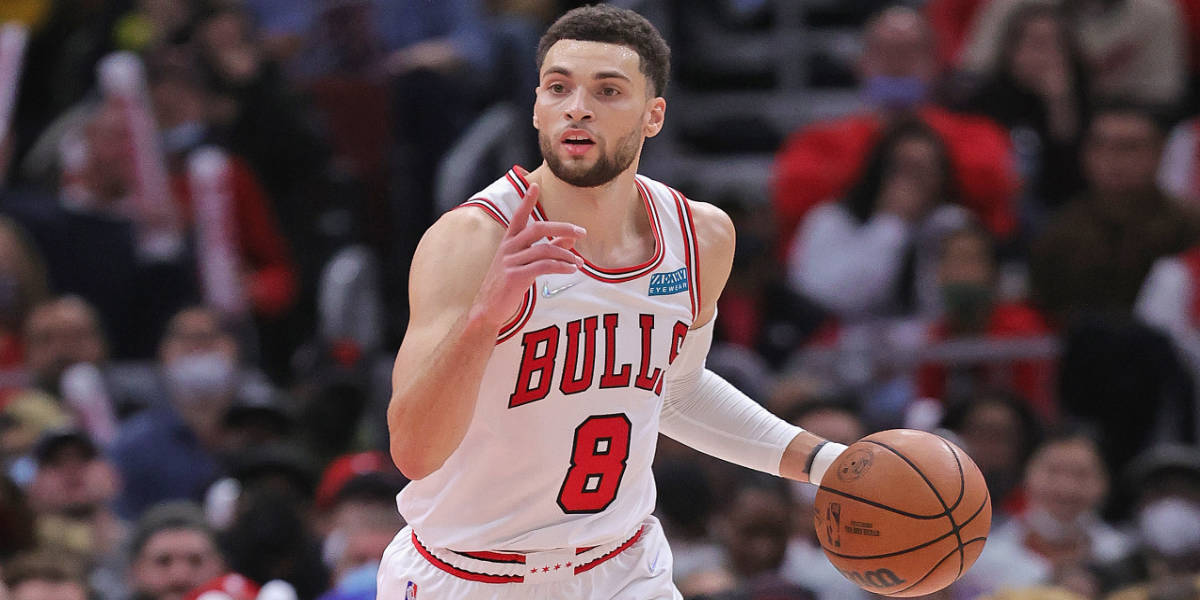 If you have younger children, work with younger children, or grew up with younger siblings, I feel like there is a good chance you have seen last night’s dunk contest before. It was a little over a half-hour of high-energy shenanigans that produced nothing of substance. We were stuck watching a bunch of 7-year-olds relentlessly try to recreate the “super-cool” flip they did on the couch while we were in the other room. I swear I can do it! Ok, wait, one more time!

Look, I respect the dedication. Last night’s dunkers tried their best to be creative and put on a show. But that show stunk. In fact, it stunk so bad the broadcasters questioned whether it still belonged as the “marquee” event from the moment the first basketball ricocheted off the rim. My heart says yes but my brain says no. From Michael Jordan to Dominique Wilkins to Dwight Howard to Vince Carter to Nate Robinson to Zach LaVine, the history of thunderous and jaw-dropping dunks is too fruitful for this event to become obsolete. Yet, since LaVine and Aaron Gordon took that stage in 2016, a memorable performance has been as hard to find as someone vacationing in Cleveland.

They can’t all be winners. I get it. But the NBA doesn’t even seem like it’s trying to win right now.

Anyway, time for a palate cleanser …

•   At least we had the 3-point contest, right!? Eh, kinda. While the shootout certainly provided a better all-around product, Zach LaVine put up quite the impressive dud. The All-Star reserve managed just 14 points in the first round, which ended up as the lowest score of this year’s competition. He even failed to get every ball off the rack, having the final buzzer sound before he could toss up his final money ball. I can’t help but think the performance was – in part – rust-induced. As someone who missed the final three games before the All-Star break, he simply looked like a player out of rhythm.

•   Fortunately, I don’t think this had anything to do with the guy’s knee. As much as people may want to point to that, he should be feeling pretty darn nimble after his most recent doctor’s visit, and he seemed to suggest as much in a conversation with reporters this weekend. With that said, he did also suggest that he could be operating on a more temporary fix, so there is still some mystery around the long-term significance of the injury. More on that below …

The Latest on Zach LaVine’s Knee: Some Good, Some Bad, Some Greyhttps://t.co/8Nuom6pOzH pic.twitter.com/zw6ev1ju9k

•   Obviously, one reason LaVine seems eager to find a quick solution for his knee soreness is the impending free agency. LaVine is up for a max deal that could reach upwards of five years, $200 million if he decides to re-sign with Chicago. Considering his continued success this season and the team’s investment in pieces like DeMar DeRozan and Nikola Vucevic this past summer, there appears to be no question the organization will slide the check across the table this offseason. But where does LaVine stand? We’ve seen him clutch on to any and all leverage when asked about his free agency in past months, but he seems to be a tiny bit more giving in recent remarks.

•   In a conversation with Vincent Goodwill of Yahoo Sports, he re-iterated he “should be getting what I deserve,” insisting that he believes he “stacks up” with the most elite players in this league. Then, when talking more specifically about where he and the organization rest on the matter, he seemed to suggest that he fully expects this marriage to continue:

He feels like he’s answered all the questions presented to him. Being productive, playing winning basketball and being able to work with DeRozan on the floor and off. LaVine knows what he wants, and so do the Bulls.

“That’s why I don’t have to talk about it,” LaVine said. “I’ll go into the offseason, after this year and be very satisfied with what I think I’ll get and I’ll be happy for me and my family.”

•   LaVine was even more open about a long career with the Bulls when speaking with Bill Difilippo of Uproxx earlier this week, saying he “can’t wait to see what it [this team] looks like in year two and three, not even just counting this year.” Then, when asked about what playing in front of a Chicago crowd on a nightly basis meant to him, he implied it’s something he would like to continue:

Yeah, and being on the side where it wasn’t like that at first, and now being able to have some of that, and hopefully in the future have more of it is huge. Because like I said, I put in a lot of work, I think this is my fifth season here, so it’s a long time coming, and it shows how much hard work and how much the organization has trusted me, and I appreciate that, and it’s coming into fruition a little bit, so it’s exciting to see.

•   I got to say, if LaVine wasn’t going to take home the 3-point crown, I’m glad KAT did. Quickly proving to be one of the better shooting big men this game has ever seen, it was cool to watch him hoist the trophy.

•   How cool is it to have two All-Star Game representatives? And how cool is it that those two representatives will get to go against each other? We have the luxury of watching LaVine and DeRozan take the floor together on a nightly basis, so I’m excited to see the two of them go after each other this evening. All I ask is that neither breaks the other player’s ankles, please. We need all the ankles intact.

Who y’all got tonight?! #NBAAllStar pic.twitter.com/XgeM5plL0m

•   The Chicago Bulls made the announcement:

•   The DeRozan family is FRESH.

Alec Regula is back in the lineup this afternoon as Erik Gustafsson sits, which makes all the sense in the world because now is the time to evaluate and develop.

More on the #Blackhawks handing off valuable ice time to the log jam of young defensemen.https://t.co/WQkG3V8j9Z