You can live with a loss to the Memphis Grizzlies, especially after a six-game win-streak … but that doesn’t make it hurt any less.

Despite a poor two-way effort in the first half where DeMar DeRozan started the night an uncharacteristic 2-10, the Bulls never stopped fighting. They brought what was once a 15-point lead all the way down to just 1 point in the final frame and had a real chance to grab the W over the final three minutes. Unfortunately, however, the Grizzlies found a way to grab three key offensive rebounds to milk the clock and keep some pivotal possessions alive. Then, with a chance to go for the tie down 3 points in the final 14.9 of the game, DeMar DeRozan opted for the quick score before turning the ball over, yelling at the ref, and getting ejected (second technical). Memphis sealed the win at the line.

As palatable as this loss may feel, there is still no question the Bulls showed signs of concerning weakness. Memphis looked like a matchup nightmare from the moment the ball tipped. They relentlessly attacked the paint and used their frontcourt size to force a number of off-balance shots from the Bulls’ top scorers. When the final buzzer sounded, Memphis had an 11-point advantage in the points in the paint battle, as well as a 61-41 advantage in the rebounding department.

The absence of Lonzo Ball and Alex Caruso was also felt in a big way. Ja Morant demolished the Bulls on his way to *career-high* 46 points with a 13-15 performance from the free-throw line. It was the kind of performance where you have to tip your hat to the the guy, but it’s hard not to think the presence of arguably the Bulls top-2 defenders would have made life a little bit harder on the All-Star guard. Ugh.

I’ll have some more thoughts tomorrow. For now, I’m going to try to enjoy the rest of my Saturday and not think about how this game is only the start of a remarkably tough stretch for this Bulls team. Goodnight! 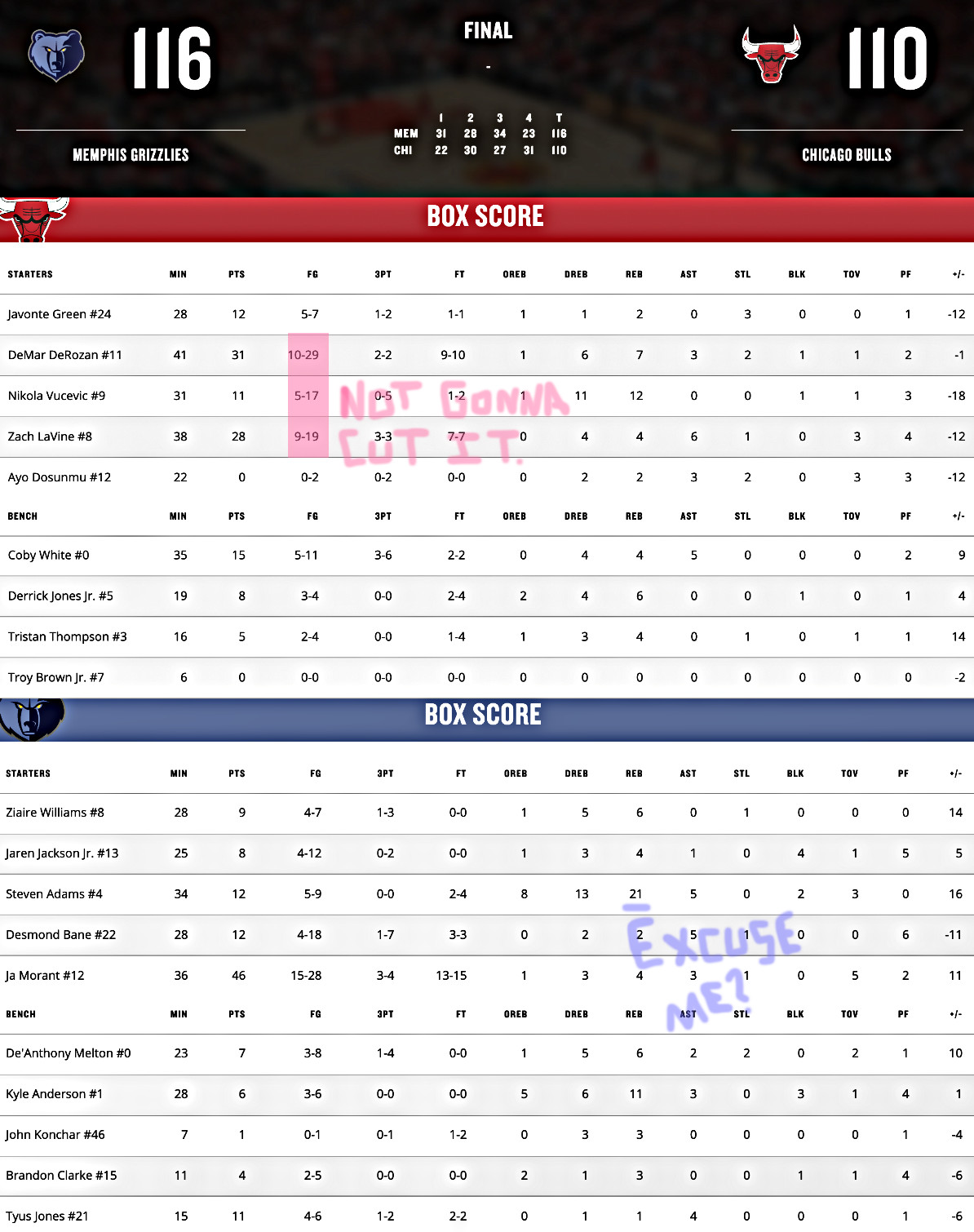