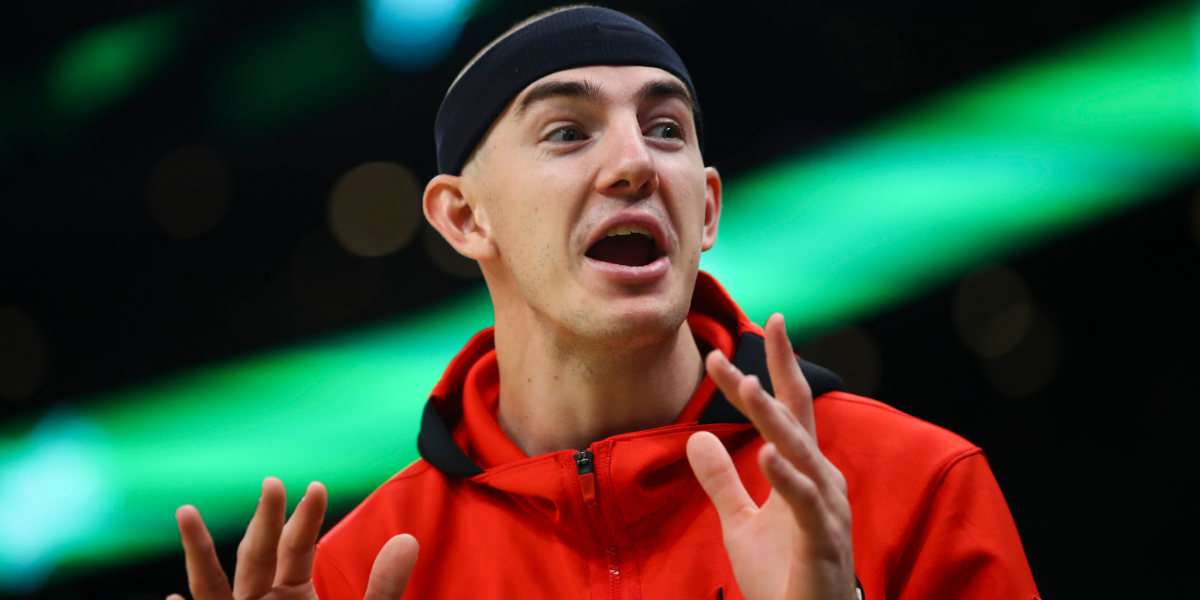 The Alex Caruso updates keep getting better and better.

Ahead of tonight’s road matchup against the Miami Heat, Caruso could be seen putting in some light post-practice work with teammates and coaches. The defensive-minded guard is reportedly out of his right wrist brace and controlling the ball with both hands.

To be sure, NBC Sports Chicago’s K.C. Johnson did note that Caruso still primarily used his left hand in today’s action, but it remains encouraging to see the 28-year-old finally working on some normal basketball activities.

Here’s some footage of Alex Caruso getting in some post-shootaround work with Patrick Williams. Caruso was mostly using his left hand, including shooting. pic.twitter.com/UyuMf45MUg

Right on schedule — Alex Caruso is out of his wrist brace and back with a ball in (both) his hands. pic.twitter.com/6Tdd17AliH

Caruso originally suffered his wrist injury on January 21st (#SuspendGraysonAllenAgain). The Bulls initially announced he would be re-evaluated in 6-8 weeks, which is a process he is now five weeks into. Considering the recent progress, it’s hard not to think he’s on track for the Bulls to give him a second look on the front-end of that estimate, potentially signaling a return sooner than later.

To be sure, there has been no specific update on when Caruso might be able to rejoin the lineup. But there is no question the recent updates have all indicated that he is trending in the right direction. The same seems to be the case for Patrick Williams, who could also be seen in the footage above going through some post-shootaround work.

Only 21 games remain between now and the postseason, so let’s hope we get a more official word on the status of all three injured players soon.