I had my fair share of positive words written at halftime. Those words will not see the light of day.

The Bulls shot 59.1 percent from the field and 53.8 percent from downtown … and lost. How the heck does that happen? Well, a wonderful display of ball movement and decision-making quickly turned into sloppiness and sluggishness in the second half. The Bulls ended the night with 14 turnovers to the Hawks 6, allowing 19 points of those turnovers.

Then, on the opposite end of the floor, they couldn’t keep their hands off the Hawks. A total of 19 fouls led to a 24-28 performance from the free-throw line from Atlanta. Trae Young led the way with a 10-10 showing. Meanwhile, the Bulls shot a season-low SEVEN attempts from the charity stripe, making just six.

So there you have it: Turnovers and fouling. In other words, undiscplined basketball from a team who should be playing the exact opposite at this point in the season. I know they’re injured, and I know they’re facing the second-toughest schedule post-All-Star break. But that’s exactly why beating a 10th-place Hawks team is soooo important.

The Bulls are simply in no place to drop games to inferiors teams over this final stretch. Only 4.5 games separate them from the sixth seed, and guess who is up next on the schedule? That’s right, the Milwaukee Bucks (tomorrow night) and the Philadelphia 76ers. Then, after a meeting with the Pistons, the Bulls will see the Cavaliers, Jazz, and Suns in three of the following four games. *Major Gulp*

We’ve seen this team overcome some massive adversity so far this season, but is it possible that it’s finally catching up to them? I sure hope not. 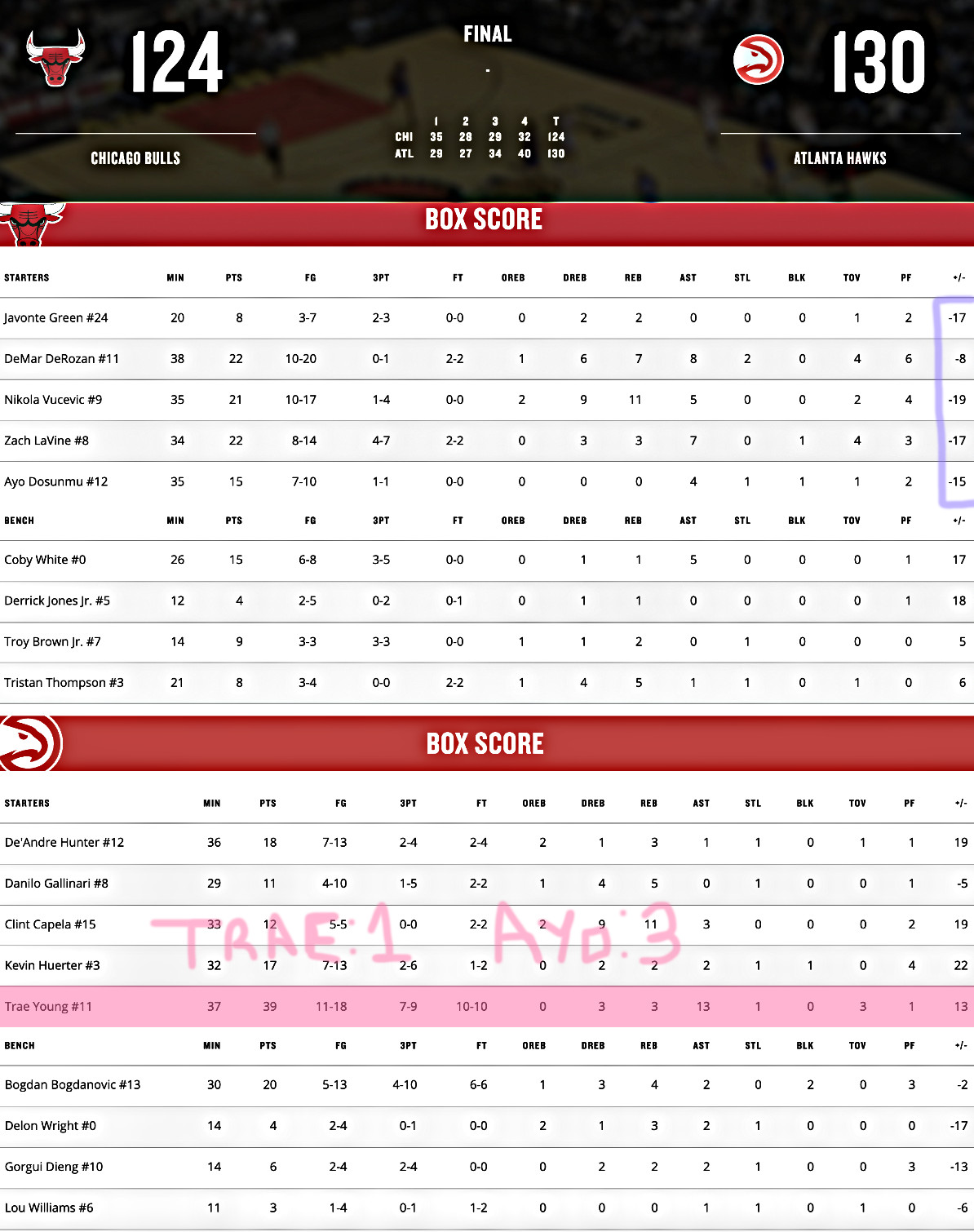