Fourth loss in the row. Fourth seed in the Eastern Conference.

As hard as the Chicago Bulls played against the Milwaukee Bucks tonight, it still wasn’t enough. The Buck’s size, physicality, and basketball IQ were too much for the inexperienced Bulls to overcome. Giannis and Co. outscored Chicago 52-46 in the paint and won the rebounding battle 50-40. More specifically, they hauled in 12 offensive rebounds to the Bulls’ 5, keeping vital possessions alive to seal the deal in the 4th quarter.

If I’m being honest with you, I don’t have much to say right now. I like the fight we saw from this Bulls team, but it was just another game against a top-team that reminded us they aren’t ready to compete with the best of the best. Sure, maybe the story is different if they were fully healthy, but that doesn’t matter right now. All that matters is the Bulls keep falling down the eastern conference standings, and there is currently no end in sight thanks to this ridiculously tough schedule.

Anyway, I’ll have some more thoughts on the failed Vucevic-Thompson experience, as well as the failed late-game heroics of DeMar DeRozan, tomorrow. For now, I just need to digest another tough and annoying loss. Sweet dreams of Derrick Jones Jr.’s flagrant on Grayson Allen. 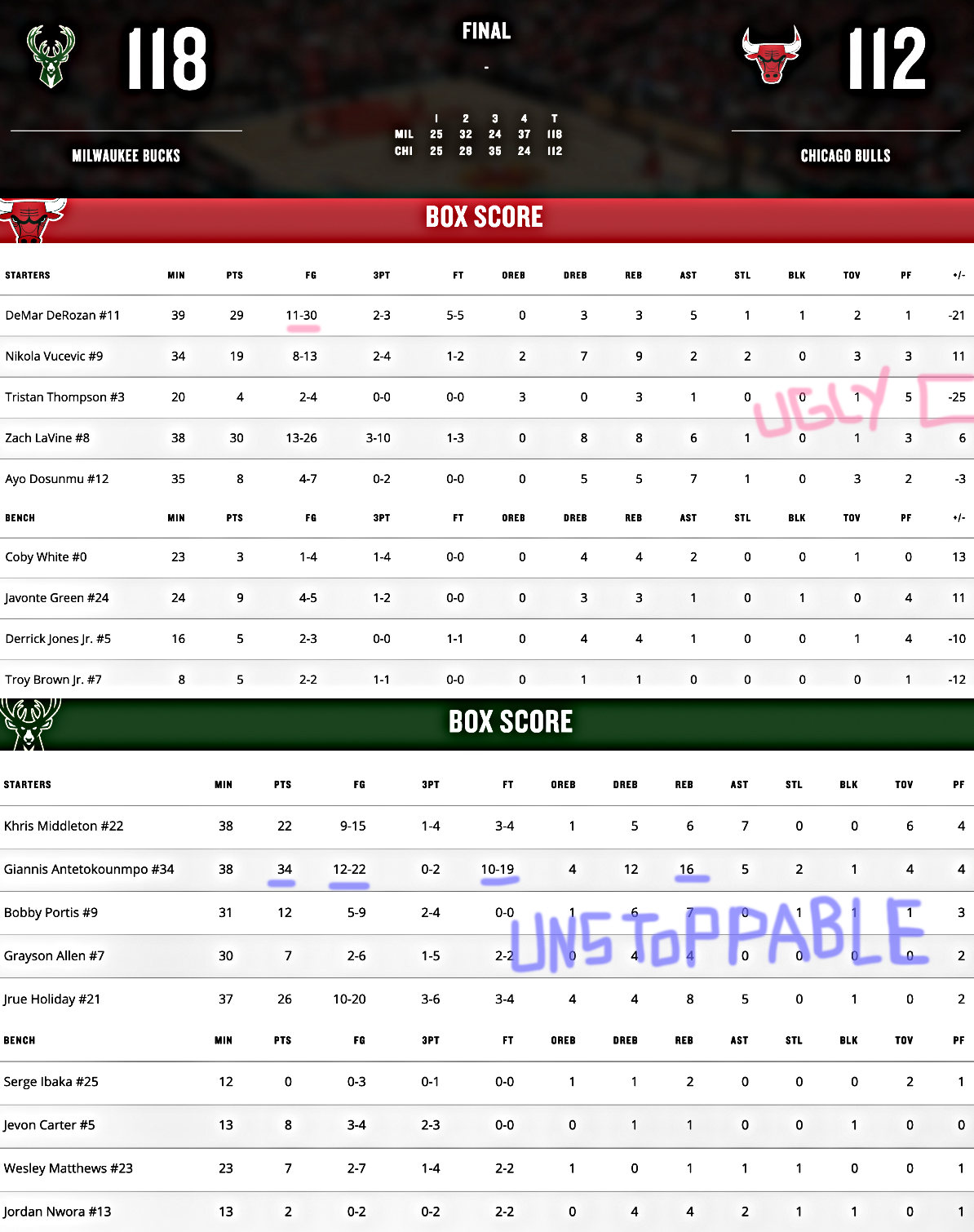