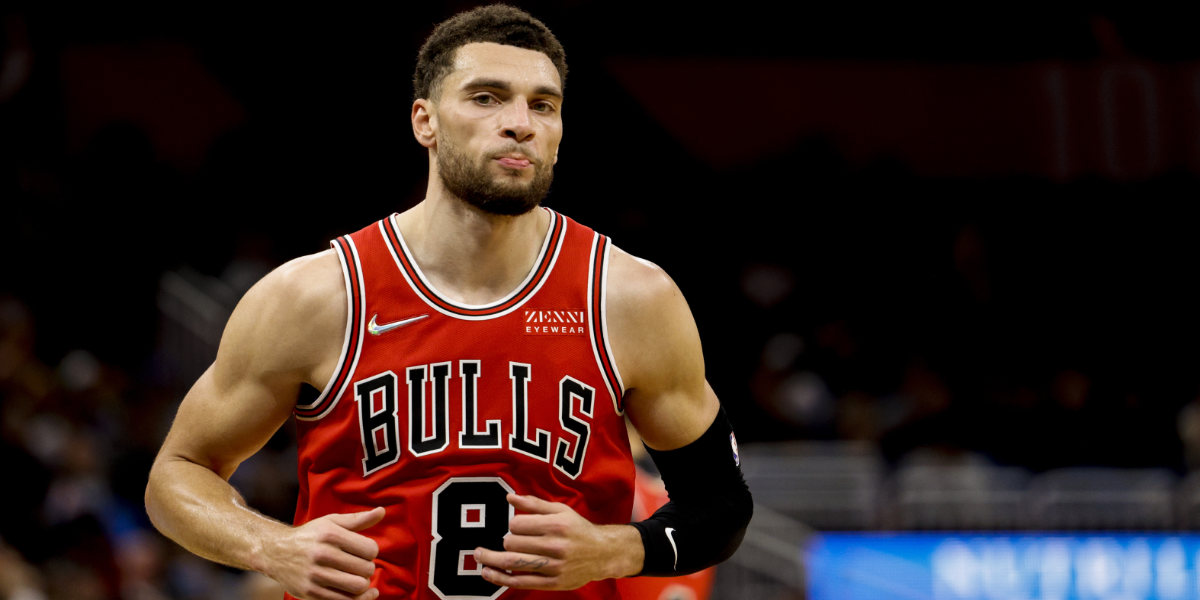 As I sipped on a beer and watched the Warriors and Lakers duke it out at Crypto.com Arena (stupid name) last night, my wheels were turning. Other than being annoyingly awe-struck by LeBron James’ 56 points at age 37, I thought to myself: “Could the Bulls look the part on this stage?”

I know we’re talking about a 28-35 Lakers team and a Golden State Warriors squad that is on a 2-8 stretch, but we’re also talking about LeBron James and Stephen Curry. Those were two players going shot-for-shot in a primetime game like we’ve seen countless times before. Superstar vs. Superstar. Champion vs. Champion. Generational talent vs. Generational talent. Do the Bulls have what it takes to match that spectacle?

The short answer is absolutely not. It’s nearly impossible to match the allure of a James-Curry matchup in today’s league. Something about the stakes just feels higher. But how close can the Bulls come? I think it’s a fair question when we consider the absence of superstar talent. Don’t get me wrong, there is no lack of well-known names in Chicago, but there is a lack of a top-10 player. And top-10 players tend to win championships.

Those names all help represent the last 12 NBA champions. All are Hall of Fame players who were practically already viewed that way when they put the ring around their finger.

I’m not saying the Chicago Bulls are incapable of winning the NBA Finals. In fact, arguably more than ever before, the NBA is set up for well-rounded, surprise teams to make a truly convincing run. All we need to do is look at the Miami Heat or the Phoenix Suns or even the Atlanta Hawks. What I am saying, though, is the Bulls will either need to go against the norm this offseason or see an even greater ascent up the league ranks by Zach LaVine or DeMar DeRozan. And, hey, neither is impossible!

The fact of the matter is this Bulls team is really dang good. They have the right mix of young talent and veteran savvy (when fully healthy) to strike fear in even the most established team. But whether it be playoff experience or perceived superstar talent, the Bulls will be considered the underdog in many ways. I think that’s important to keep in mind.

•    Speaking of being the underdog, I have a feeling the spread will reflect that over the next few weeks. Beginning tomorrow in Philly, the Bulls will play 10 of their next 12 games on the road. Here’s what the schedule looks like:

•   One saving grace is the Bulls will play five of their final six games back at the United Center to finish out the season, hopefully helping them make a more comfortable and high-energy entrance into the playoffs. Another possible saving grace is the Bulls could get back to full strength somewhere in the middle of this upcoming stretch. The Bulls have provided no specific date for when Alex Caruso, Lonzo Ball, or Patrick Williams will return, but updates have only been positive on all fronts in recent weeks.

Billy Donovan said Alex Caruso will need to be checked out by doctor again before he’s cleared for contact. That date is not set. Caruso, Lonzo Ball and Patrick Williams did individual, non-contact work today.

•   Zach LaVine may not be 100 percent, but could you tell on Friday night? The more I think about that Bulls-Bucks battle, the better I feel. They played remarkably hard from the opening tip while finding a way to answer a number of tough Milwaukee runs. And LaVine is a big reason why. Re-watching some of his shot-making and decision-making this morning (only 1 TOV), I thought this was easily the spriest we’ve seen LaVine since at least early-February. He set the tone on the offensive end immediately with 10 points and 3 assists in the 1st quarter. Then, in the second half, he scored 17 of his 30 points with a number of aggressive drives to the hoop (heck, he also rotated well on a number of defensive possessions, even sliding in and staying vertical against a rolling Antetokounmpo).

•  As DeRozan struggled to find his shot in big moments, it was LaVine that had the United Center in the palm of his hand. The All-Star had a thunderous fastbreak finish off the Dosunmu feed before nailing the and-one with 2:36 to go in the 3rd quarter. He drove right into Antetoukounmpo to lay it in and cut the Bucks lead to just 3 points with 47.4 to go in the game, and he hit a huge 3-pointer over Middleton to make it a 2-point contest with 24.4 to go. I know it ended in a loss, but it felt like the old LaVine. I can only take that as a small victory, especially with this tough stretch ahead.

•   I didn’t appreciate this dunk enough when it happened. Truly absurd stuff from Derrick Jones Jr., and I love the fact the Bulls can turn to this athleticism off the bench. In fact, am I crazy for wanting a little more DJJ in the coming games? Let’s maybe stop the Vucevic-Thompson experiment and let Jones play more than 17.2 minutes per game. As a switchable defender with great transition speed and superb verticality, we’ve seen him have some truly great moments in small-ball lineups this season. I’d like to see a tiny bit more of it.

I know last night sucked in a lot of ways, but I am still thinking about DJJ posterizing Giannis and it makes me happy for a moment. pic.twitter.com/jDeF4QtgwE

Akiem Hicks, James Daniels, and Pat O’Donnell are among the 35 Bears who could hit free agency when the new league year opens on March 16. https://t.co/S3ZwNQgCD3 pic.twitter.com/aaHOGyK7fA

•   This is a lot of drama for a team that should be focused on rebuilding.

Marc-André Fleury Reportedly Told the Blackhawks He Doesn't Want to Be Dealt … But There's a Conflicting Report – https://t.co/z8FoNEiVdy