My armpits are too damp to call that a get-right game, but it was still a much-needed win.

Things were quite ugly until the 4th quarter rolled around, as the Bulls fell in and out of looking like a dejected team in the thick of a five-game losing streak. The Detroit Pistons played with the youthful energy and aggressiveness that unsurprisingly gave this depleted Bulls defense fits. Rookie Cade Cunningham and Co. swiftly blew by Bulls defenders on their way to numerous uncontested shots at the rim. Coby White got cooked. Zach LaVine got cooked. Nikola Vucevic got cooked. While I can’t say it was anything new, it was still as discouraging as ever.

Then, after some yelling from Tristan Thompson and a quick look in the mirror, the Bulls were able to play like the superior team we know they are. A much more physical 4th quarter ensued with crisper defensive rotations and a more calculated offensive attack. The Bulls forced the Pistons into the bonus early, leading to a 17-2 run with plenty of assertive drives from both LaVine and DeRozan. The two All-Stars combined for 22 of the team’s 30 points in the final frame, with DeRozan making the most dazzling clutch shots in an expected fashion.

Look, nothing about it was pretty when we consider the opponents, but maybe that’s the way it had to be to finally break out of this slump. Sometimes it’s just good to be reminded of what it takes to earn these grind-it-out victories. 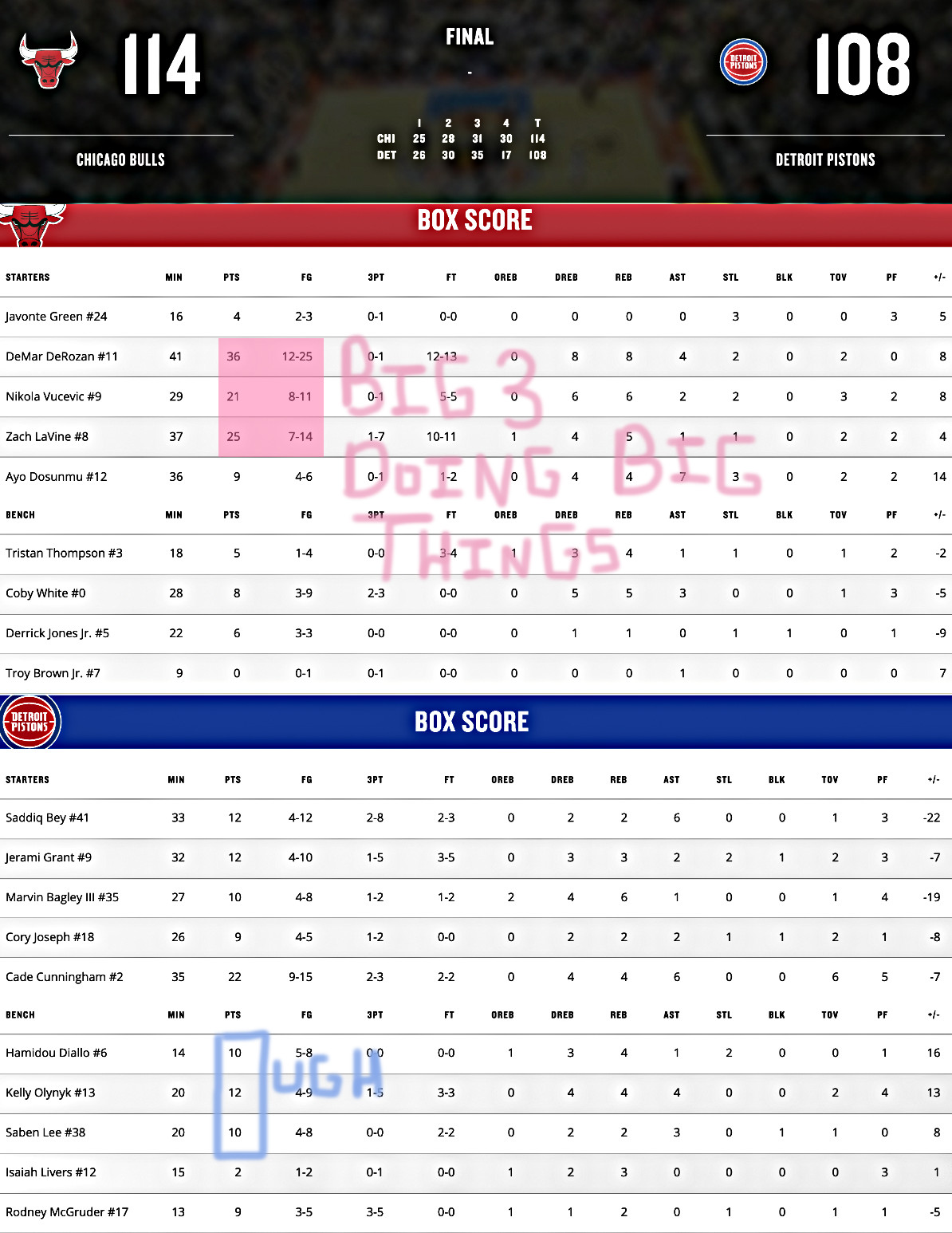