The last time the Chicago Bulls held an opponent to under 100 points? January 21st against the Milwaukee Bucks.

In other words, the last time Alex Caruso played basketball. Coincidence? I think not.

When the Chicago Bulls defensive-stopper checked into the game at the 6:31 mark of the 1st quarter, he made an instant impact. Caruso snatched 2 steals, recorded 1 block, and hit a smooth corner 3 in his first 8 minutes of action. Not only did it set the tone for the rest of his night, but it set the tone for his entire team.

The transition-centric, free-flowing Bulls offense that won over our hearts in the early portion of this season came flooding back. And it was all thanks to some more disruptive defense. The Bulls scored 19 fastbreak points to the Cavaliers 9, and they did so thanks to 12 steals (their second-most since early January). Five Bulls ended the night in double-figures, including Caruso, who added 11 points behind a 4-8 showing with 4 rebounds and 4 steals.

All things considered, no, Caruso isn’t the lone reason the Bulls won this game. But the team undoubtedly played with rejuvenated energy and a more concerted effort on the defensive end. The guy made an instant impact, and he filled so many of the holes that pushed this team further down the East standings in recent weeks.

Alex Caruso: “That headband is sweaty as shit.”

Vucevic, White, and Dosunmu also all deserve love for the way things went down, but I’ll let the good Caruso vibes own the rest of the night. We’ll talk more tomorrow. Sweet dreams of the Carushow!! 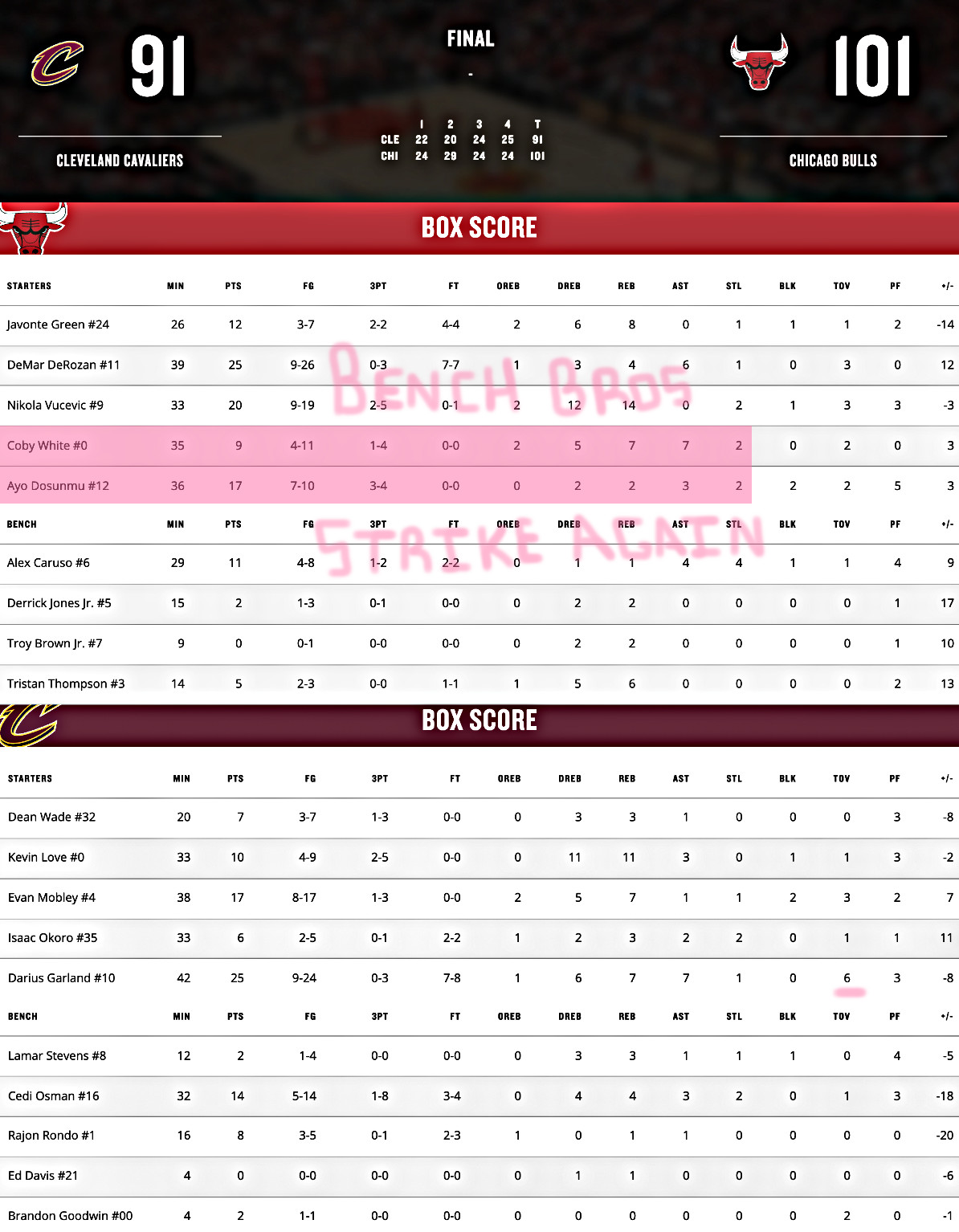