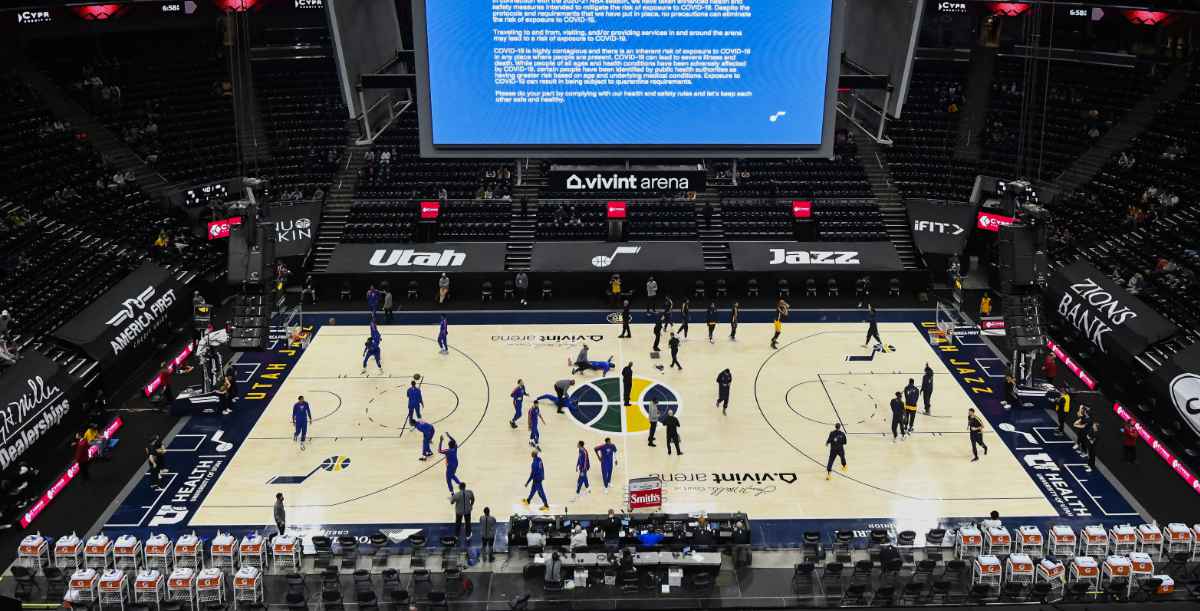 I’m ready to get hurt again!

I’m two for two on my prop bet recommendations thus far, so I’ll keep it going until I truly embarrass myself! The over on Nikola Vucevic rebounds (10.5) sits at +100 over at the Fanduel Illinois Sportsbook. The big man might be going up against one of the most imposing centers in basketball, but he still grabbed 12 rebounds against him the last time these two played. Not to mention, he averages 11.5 per game.

If you're looking for a BetMGM promo for the NCAA Tourney, here you go: https://t.co/W9VmBEZ1Cd

•   The Utah Jazz have the best offense in all of basketball and a big reason for that is Donovan Mitchell. Averaging 25.5 points per game, Mitchell can kill opponents at the rim and along the perimeter. His +5.2 offensive estimated plus-minus ranks in the NBA’s 98th percentile, per Dunks and Threes. Stopping him is no easy task, and the Bulls found that out as Mitchell still plowed his way to 30 points despite a lackluster shooting effort when these two first met. Mitchell clocks one of the highest usage percentages in the game, so find a way to slow him down, and the entire team could enter a funk.

•   With that said, Rudy Gobert can single-handedly change any game. Not only is he arguably one of the best rim-protectors the game has ever seen, but he is a prolific offensive rebounder. He carries an OREB% that ranks in the NBA’s 93rd percentile, per Dunks and Threes, and he’s averaged 4.0 offensive rebounds per game since the All-Star break. We all know the Chicago Bulls have had quite an issue cleaning the glass this season, so it will take a collective effort to ensure the Jazz do not win this game with their ability to fetch second-chance points (4th in the league).

•   One reason this Bulls team was able to walk away victorious in October was their presence at the free-throw line. Zach LaVine and DeMar DeRozan set the tone early with a combined 9-9 performance at the charity stripe in the first half. The Bulls finished the game shooting 30 free throws compared to the Jazz’s 19. Even with a bum knee, LaVine showed just how effective he can still be at putting pressure on the rim in the 3rd quarter against the Kings. The Bulls will need a similarly urgent All-Star to come out of the locker room to stand a chance.

At Least Zach LaVine Sounded Like the Leader the Bulls Need Him to be After Last Night’s Losshttps://t.co/voTXRY9Wr0 pic.twitter.com/jsd4zIhh15

Can the Bulls Bounce Back? Locking in on Defense, Turning to Small Ball, and Other Bulls Bulletshttps://t.co/nSIdTx2pot pic.twitter.com/ngLIpsWsgR