Scoreboard Watching: Should We Worry About the Bulls Falling into the Play-In? Skip to content 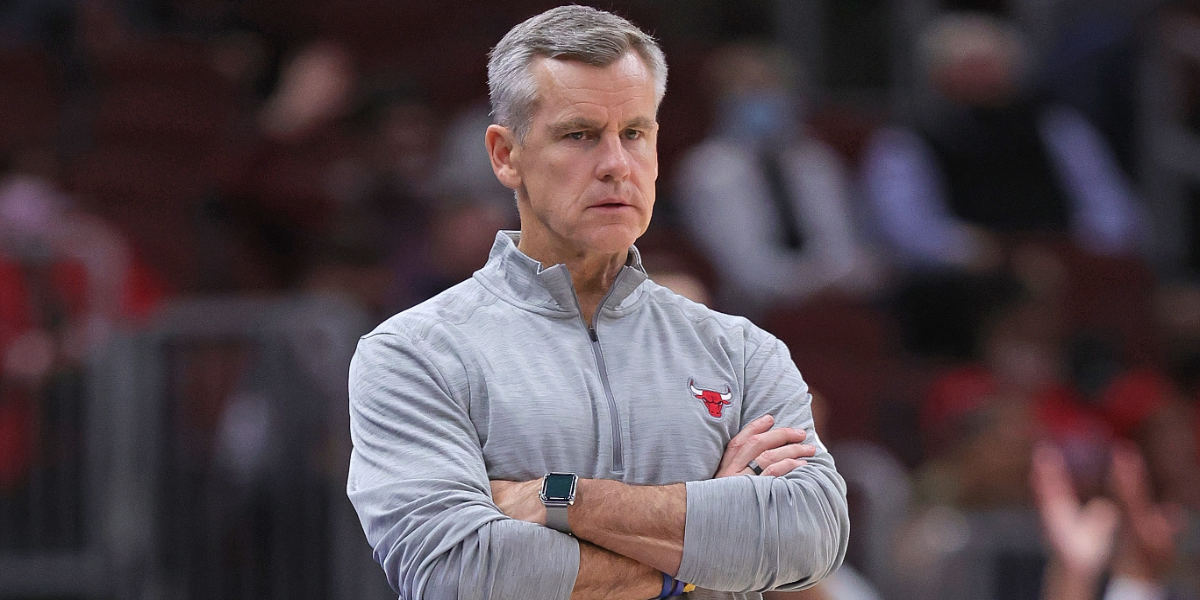 Donovan Mitchell left the Chicago Bulls in his dust on Wednesday night. When it settled, the Bulls stood with their seventh loss in nine games and a 5th-place standing in the Eastern Conference. Considering only a handful of games have separated the top-6 teams in the East all season long, falling this far down the totem pole from the No. 1 spot was never out of the question. But what about falling even further?

From almost the moment the season tipped-off, a Play-In Tournament appearance hasn’t been a topic of conversation for the Bulls. While this may have been a popular offseason prediction, Arturas Karnisovas’ new-look roster has exceeded expectations almost every step of the way. However, much like how the Bulls have struggled to play a full 48 minutes, they have now struggled to take advantage of the full regular season. They have won just three games since the late-February All-Star break, and Tankathon lists them as having the toughest remaining strength of schedule in the NBA. So, yes, it’s kind of hard not to panic a little about falling further down the standings, especially when we look at which teams are on the Bulls’ heels.

The Bulls are 2-16 vs teams with a better record than them this season. pic.twitter.com/weYqTGNxFp

Both the Cleveland Cavaliers and Toronto Raptors fall just 2.0 games behind the Bulls in the No. 6 and No. 7 spot, respectively. The Cavaliers currently sit outside the Play-In Tournament thanks to the head-to-head advantage over the Raptors.

Both Toronto and Cleveland hold a remaining strength of schedule that falls in the bottom half of the league, meaning there is an avenue for each squad to continue stringing together much-needed wins. Toronto has especially looked prime for progress in recent weeks thanks to an ongoing five-game winning streak. As for the Cavaliers, while they could win their fair share of upcoming games, they have also been riddled by injuries and late-season struggles, winning just four of 11 games since the All-Star break.

The Bulls have one game left against each of these teams this regular season, and a victory in each game would ensure they hold the tiebreaker advantage over both. The matchup with the Raptors is set for this upcoming Monday at the United Center, whereas the Cleveland battle will take place on the road next Saturday (where they lost earlier this season).

But to say I’m uncomfortable projecting Bulls wins in both games would be a massive understatement, particularly when we consider their recent duds against lesser teams like the Kings and Hawks. But we can still find some solace in the fact that the Bulls are in complete control of their own destiny. They are not relying on any team to drop other games to ensure they can move into a playoff spot. Instead, they already claim one, and there is simply no question that is the best place to be.

FiveThirtyEight’s algorithm is just as optimistic. They currently hand the Bulls the 5th-best odds to make the playoffs. In their report, Chicago does finish tied with Toronto at 47 wins, but they appear to hold the tiebreaker advantage (the Cavaliers are the squad pushed into the No. 7 spot).

ESPN’s BPI Playoff Odds also keep the Bulls within the top-6. While their most recent simulation has the Raptors stealing the 5th seed, the Bulls finish 6th and have a 92.8 percent chance to own a playoff series.

I’m not sure how much those numbers really help calm the nerves, but I do think they are important to keep in mind as the team goes through this uncomfortable stretch. The fact of the matter is the Bulls have still done enough this season to get the benefit of the doubt and avoid a massive tumble. Does that mean it for sure works out that way? Of course not, but our concern level should be tempered for now.