Any win tonight would have been a good win considering the stakes … but the Bulls made it a great one.

After two first quarters where the Raptors and Bulls exchanged body-blow for body-blow, Billy Donovan’s crew finally went for the knock-out punch. Zach LaVine and Alex Caruso were the catalysts behind a massive 3rd-quarter surge. LaVine dropped 16 points in this frame as he devoured high-percentage looks. Confusingly passing up open 3s earlier in the game, he drained three of his five in that quarter while also blowing by Raptor defenders for some smooth finishes at the rim.

Caruso’s energy on the defensive end looked to be as contagious as it’s ever been. The Bulls held Toronto to just 18 points in that 3rd quarter, and it easily made for one of the best stretches of Chicago basketball we’ve seen in several weeks.

The last time the Bulls played this Raptors team they coughed up 17 turnovers and were outscored 22-10 in the points off turnover department. Playing a much more disciplined game on offense and a more active game on defense, they completely flipped the script by committing just 6 turnovers and winning the points off turnover battle a staggering 29-5. The number of easy buckets the Bulls got in the fastbreak should have been a valuable reminder of why defense is often called the best offense.

Indeed, this entire performance should have been a substantial reminder of what this team is capable of. When the Bulls are at their best, they are a lethal transition team with tons of athleticism and two players that can get buckets with the best of them. I think the last handful of games forced them to forget where their identity comes from, but one can only hope this performance helped steer them back in the right direction.

Also, head coach Donovan can use this win as proof of what the Bulls can do with their backs against the wall. The Bulls’ chances at a top-6 seed could have been significantly damaged by a loss to the Raptors tonight, who came into the game just 1.5 games behind. Likewise, a win gave Chicago the all-too-important tiebreaker advantage over Toronto (which means if they end with the same record at the end of the season, the Bulls get the higher seed). Like I said above, it was a must-win game, and it was one the Bulls pulled off convincingly. That’s something to build upon.

I probably shouldn’t finish the night without saying at least something about Patrick Williams, right? I’ll talk way more about him tomorrow, but I was tremendously impressed with his return. Of course, our expectations still need to be tempered moving forward, as it’s clear the Bulls will work him back slowly off the bench. But he looked fresh and confident from the moment he took the floor, and his constant activity on both ends led to some key plays for the Bulls.

“Allow me to reintroduce myself …”
pic.twitter.com/LlnOWOf7aR

Plenty more coming your way after my head hits the pillow. This was an enormous win tonight. Let’s hope they can keep it rolling. 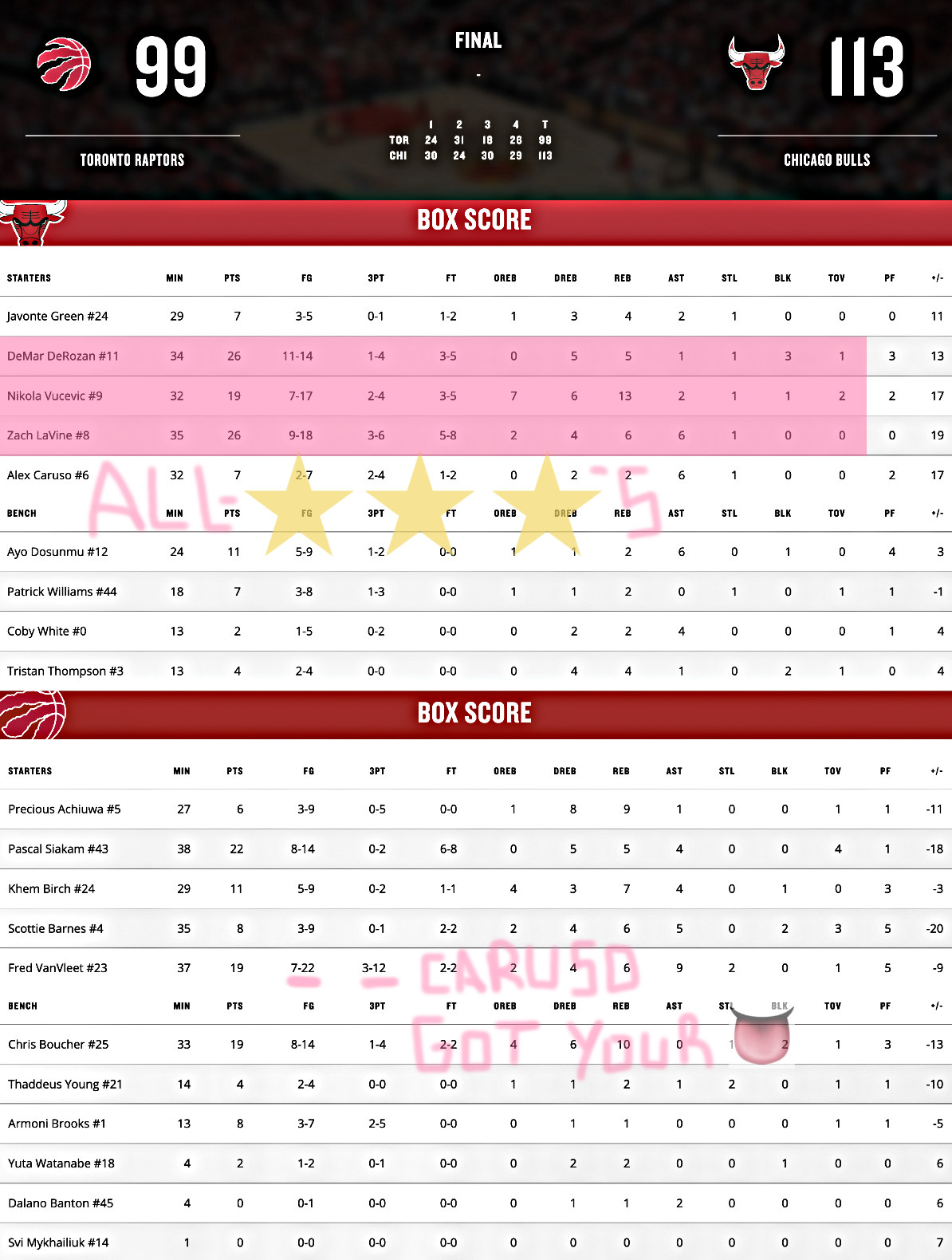