Sitting 42-30 and 5th in the Eastern Conference near the end of March, the Chicago Bulls have accomplished a lot this season, especially relative to our pre-season expectations. But they’ve certainly been trending in the wrong direction lately, and I believe their inability to hold onto a top-3 spot in the East is at least somewhat due to a bad case of homesickness.

At the United Center, the Bulls hold a fantastic 26-10 record, tying them with the first-place Miami Heat for the most home wins in the East (third-most in the NBA). However, when we take a look at the other 36 games this season, we almost see a complete 180. The Bulls are currently just 16-20 in road contests thus far, which is the 9th-worst record in the conference. Out of the 10 teams positioned to play at least one game after the regular season, only the 10th-place Atlanta Hawks have had a worse success rate away from home.

These struggles have become only more prevalent in recent weeks. Not only did we see the Bulls basically post a no-contest against the Bucks at the Fiserv Forum on Tuesday night, but they dropped each of their three games out West last week, including a dreadful loss to the 13th-seeded Sacramento Kings (*shivers in disgust*). We also can’t forget the team’s one loss to the Raptors and Hawks this season has come on the road. And, ick, even the team’s last battle with the Pistons on March 9th had to be won with a 30-17 4th quarter at Little Caesars Arena.

Overall, the team carries a -3.6 average point differential in road games this season compared to an average of 4.8 when at the United Center, per Statmuse, which is easily one of the steepest swings in the league. And why do we find it that way? Well, that’s the same question the Bulls are trying to answer.

“It’s part of these last dozen games, it’s us figuring out what it takes to win on the road,” Alex Caruso said after Tuesday night’s loss in Milwaukee. “At home, I think we do a pretty good job being locked it, playing desperate, executing coverages, talking. On the road, it’s a different animal, and these good teams are good teams for a reason. Every team has talent. We’ve got plenty of talent on our team, it’s not a talent issue. It’s about executing.”

A switch has yet to flip in this locker room. They fail to take the same mindset they have after sleeping in their own beds with them across the country. I don’t know exactly why that is, but I do know the Bulls have several important upcoming opportunities to figure it out.

Each of the team’s next four games will come on the road, with matchups against the New Orleans Pelicans, Cleveland Cavaliers, New York Knicks, and Washington Wizards. As a team that has done nothing but take care of those teams below them in the standings, this should present an opportunity to string together some much-needed wins. And it should also present an opportunity to re-evaluate their approach on the road. While I know these games may not be against those top teams we want to see the Bulls beat, they could still help a locker room bound for the playoffs gain confidence in an opposing environment.

Speaking of which, home-court advantage matters. No one is saying it should decide the outcome of a game, but it’s clear it gives you a leg up, and the Bulls have been one of the best examples of that this season.

Playing in front of Bulls fans at the United Center creates one of the best atmospheres in sports. Unfortunately, however, to earn the right to play the majority of your postseason games in your building, you have to take care of business in both destinations throughout the regular season. The Bulls’ failure to do that will likely keep them from claiming home-court advantage in April, which means it’s more important than ever before for this group to embrace the travel.

Ben Simmons Will Miss Tonight’s Game Against the Bulls 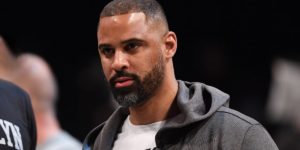 Some Positives, Goran Dragic’s Chemistry, No Andre Drummond, and Other Bulls Bullets

Zach LaVine Expected to Suit Up Tonight Versus Nets, Sit Tomorrow Against Hornets 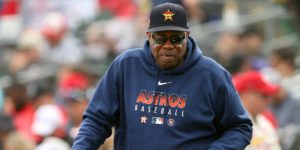 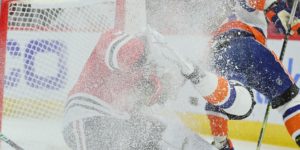