Can we call that a playoff game? Because it sure felt like one.

The Chicago Bulls started the game with by far two of the best defensive quarters we have seen in quite some time. The Cavaliers shot just 31 percent from the field and 1-18 from downtown, as the Bulls also went on to score 11 points off 8 turnovers.

However, it’s a game of runs, and the Cavaliers reminded us of just that as they came out of the locker room and quickly shrunk the Bulls’ 53-35 lead to 10 by the 6:26 mark in the 3rd quarter. It was a whole new ballgame from there, and it felt much more like the back-and-forth contest we expected in front of a rowdy Cleveland crowd.

After the Cavs clawed their way to a one-possession game, the Bulls re-channeled some of that clutch closing ability we’ve seen in numerous games this season. DeMar DeRozan hit his flurry of mid-range jumpers, while Zach LaVine took care of business at the free-throw line. Ayo Dosunmu – who was re-inserted into the starting lineup tonight – also strung together some great 4th quarter possessions, finishing a few much-needed buckets in transition and playing stout defense on All-Star point guard Darius Garland. Nikola Vucevic deserves a tip of the hat too for his increased physical play and surprisingly active defense.

As annoying as this team has been in recent games, they recorded two of their biggest wins of the season this week. Both the Cavaliers and Raptors had a chance to push the Bulls toward the Play-In Tournament, but Billy Donovan’s team strung together two well-rounded performances, snatching the tiebreaker advantage over both squads and potentially solidifying a No. 5 seed. All things considered, that’s something this team can hang their hat on as they head into their final eight games.

We have all been waiting for the momentum to finally shift back in this team’s favor, so perhaps ending this week on a high note can finally make that happen. 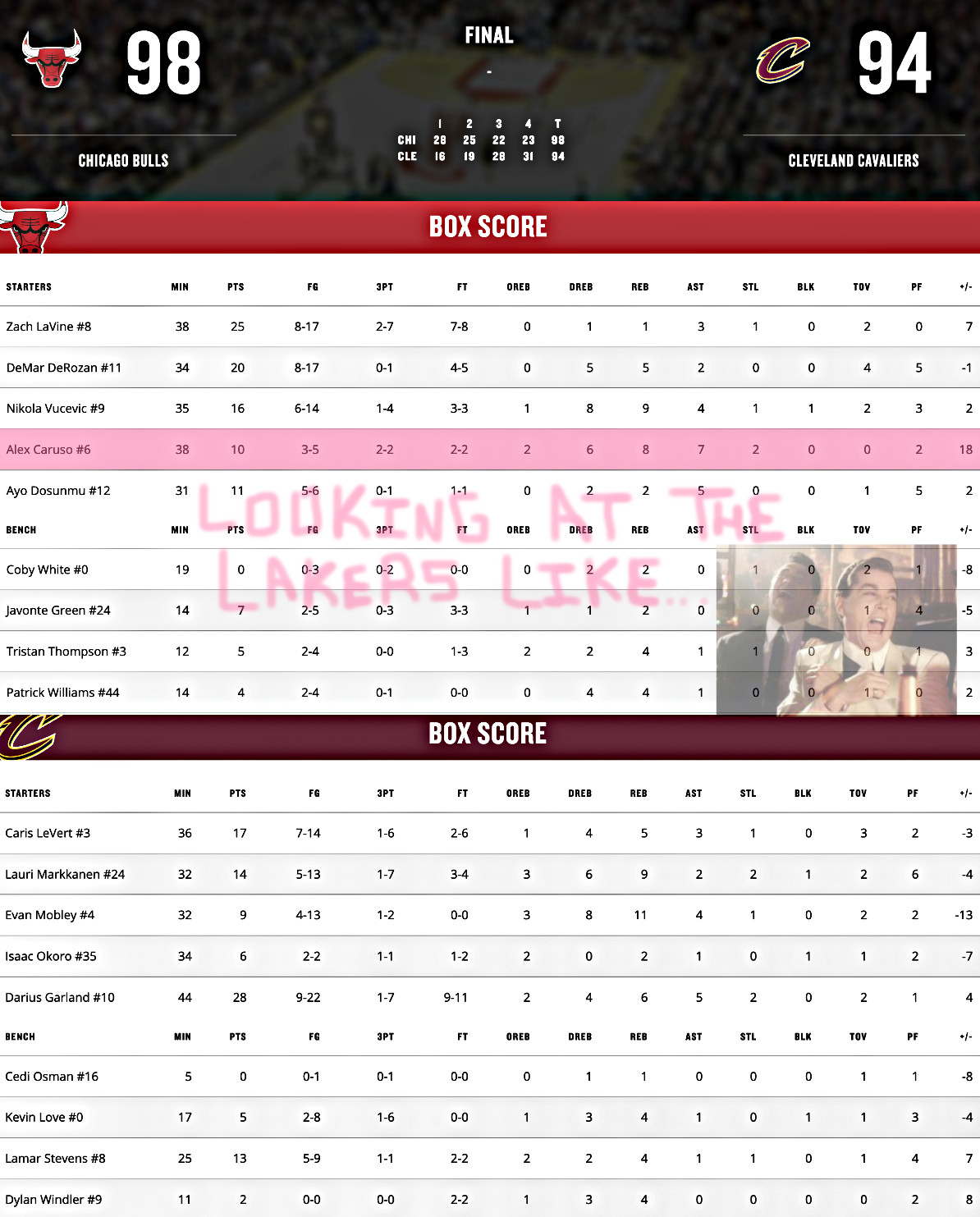