The Kings, Pelicans, and now … the Knicks.

The vomit-inducing rollercoaster continues for the Bulls, as they once again dropped a must-win game against a borderline Play-In Tournament team. To be honest, I’m having real trouble comprehending how drastically things have changed for this team. Like, losing to the top squads is one thing, but losing repeatedly to teams that have little to play for at this point in the season?

I’m left even more confused thinking about how they did show up against the Toronto Raptors and Cleveland Cavaliers last week. Those were two massive wins, but they could mean absolutely nothing if they can’t beat teams like the Knicks and Wizards over the final two weeks of the season.

Even more excruciating, so many of the problems continue to be the same. We hear head coach Billy Donovan and Co. ramble about having to play a full 48 minutes and tighten the screws, especially in the 2nd-chance points department. Tonight we watched the Bulls get obliterated on the offensive glass 13-6, with Mitchell Robinson scooping an absurd 8 offensive rebounds. Meanwhile, Chicago also shot themselves in the foot with 14 turnovers to the Knicks’ 6, which led to a 16-7 loss in the points off turnovers column.

When are these self-inflicted wounds finally going to heal? When is this team going to play up to the talent that is on its roster? If the answer to both questions isn’t soon, they risk a grim end to the season. 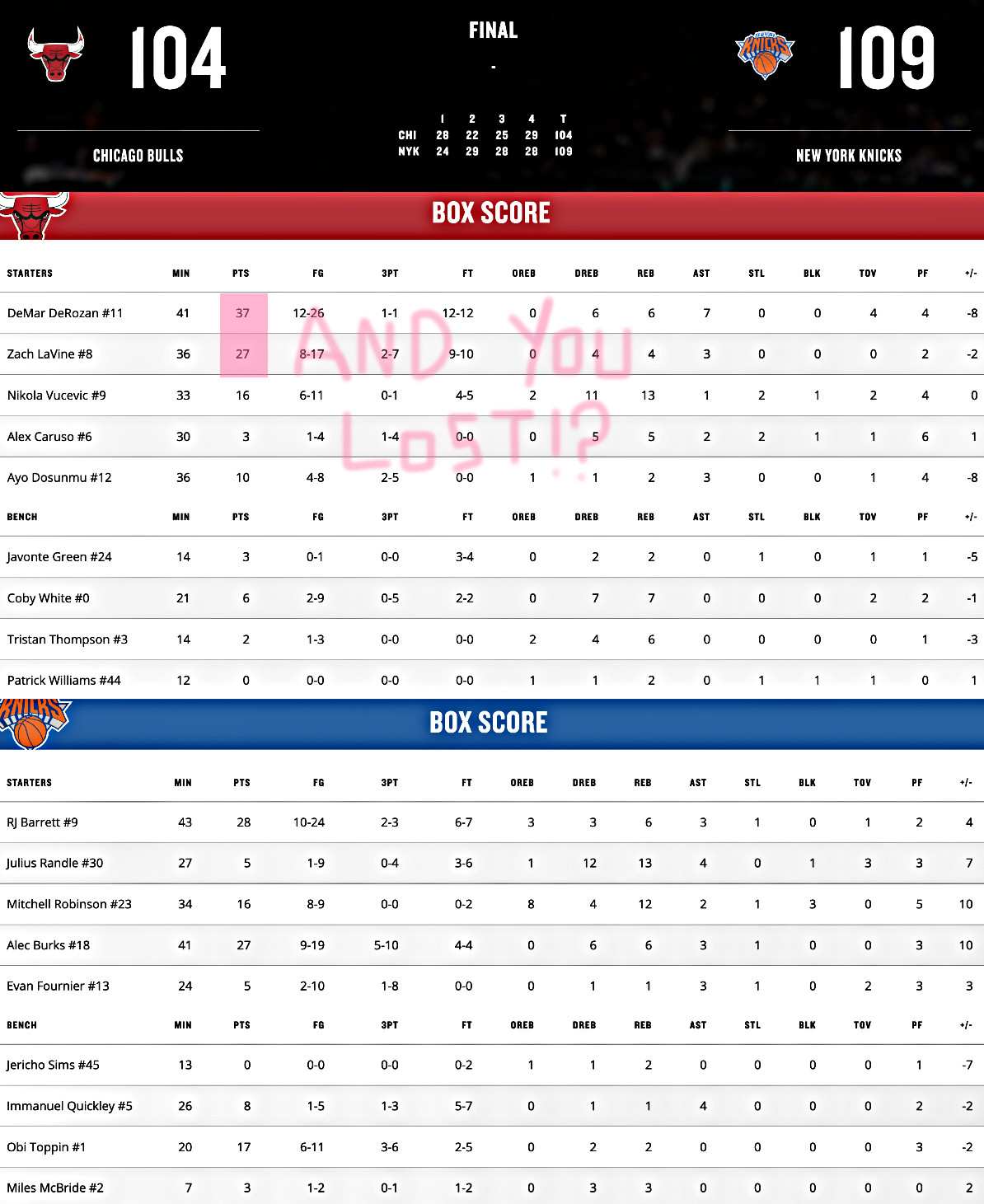