The Chicago Bulls looked to be on the brink of another disaster tonight, as they refused to pull away from a Washington Wizards team that was begging to hand them the victory. Zach LaVine and DeMar DeRozan both failed to leave almost any stamp on the game over the first two quarters, leaving big man Nikola Vucevic to do basically all of the heavy lifting.

Vucevic scored 15 of the team’s first 20 points, and he went on to finish the night with easily one of his best performances of the year. He shot an efficient 12-19 from the field on his way to 27 points with 4 assists. He only missed two of his shots inside the paint, overpowering both Kristaps Prozingis and Daniel Gafford throughout the game.

With the Wizards still hanging around as the Bulls walked into the final frame, DeRozan finally found his shot. The clutch scorer dropped 14 of his 32 points in the 4th quarter. LaVine finally followed suit after scoring his first bucket of the game midway through the 3rd quarter, scoring 7 of his 14 points to help lead the Bulls to a 32-21 advantage in the 4th.

All things considered, I feel indifferent about this victory. Any win is a good win at this point in the season, but I’m not sure if my faith in how this team can close out the regular season has shifted in a positive direction. While the 4th quarter did show signs of the team we fell in love with earlier this season – and the defense played decently well from the opening tip – we’re talking about a win over the Washington Wizards. At this point in the season, these are the victories we should expect the Bulls to get, so I guess it’s simply reassuring to see them take care of business. 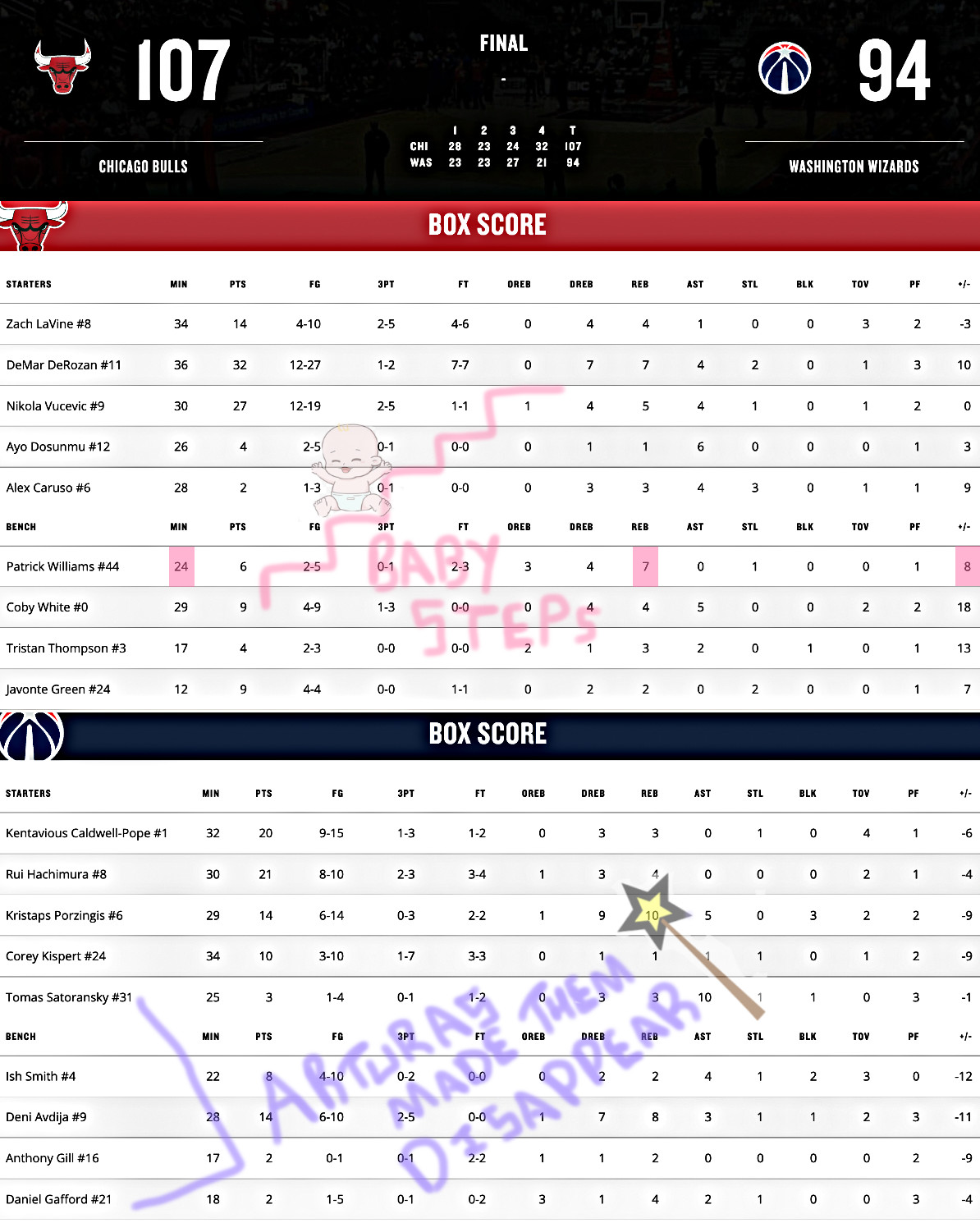