That may not have been the most important win of the season (I believe the final victories over the Cavs and Raptors take that title), but it may have very well been the best.

In a battle where it seemed like the Bulls would never bust through a 10-point barrier, they reminded everyone how special their Big 3 can be. The team was down 107-96 with under 5 minutes to go in the 4th quarter. The Clippers could smell victory, but the Bulls plugged their nose and put their head down. DeMar DeRozan pullup? Splash. Zach LaVine drive? Foul. Nikola Vucevic from downtown? Bang. The Bulls All-Stars worked together to quickly shrink the Clippers’ lead to one possession … and then the basketball gods rewarded them.

After sending Robert Covington to the free-throw line, the Bulls called a timeout to advance the ball to mid-court. While trying to inbound, the refs called LA’s Terance Mann for a foul away from the play. The massive break for the Bulls meant a free throw and the possession, putting the team in a position for a 4-point play.

DeRozan knocked down the free throw and the Bulls then sent the inbound pass in his direction. The 5x All-Star jumped up for the 3-point shot attempt and … WHISTLE. DeRozan got to head to the free-throw line with a chance to knock down three free throws for the win. He made the first two before missing the third. Overtime was up next.

All DeRozan did in the extra time was make up for his mistake. He scored 10 points to help seal an emotional 135-130 victory, and he went on to finish the night with a season-high 50 points.

I will have A LOT more to say about everything that went down, but I’ll save it for tomorrow. For now, I’ll leave you with this: That is the type of win that can change the course of an entire season. Who knows if it’ll actually have that impact on this Bulls team, but there is no question it’s an enormous victory that should remind this team what they are truly capable of. 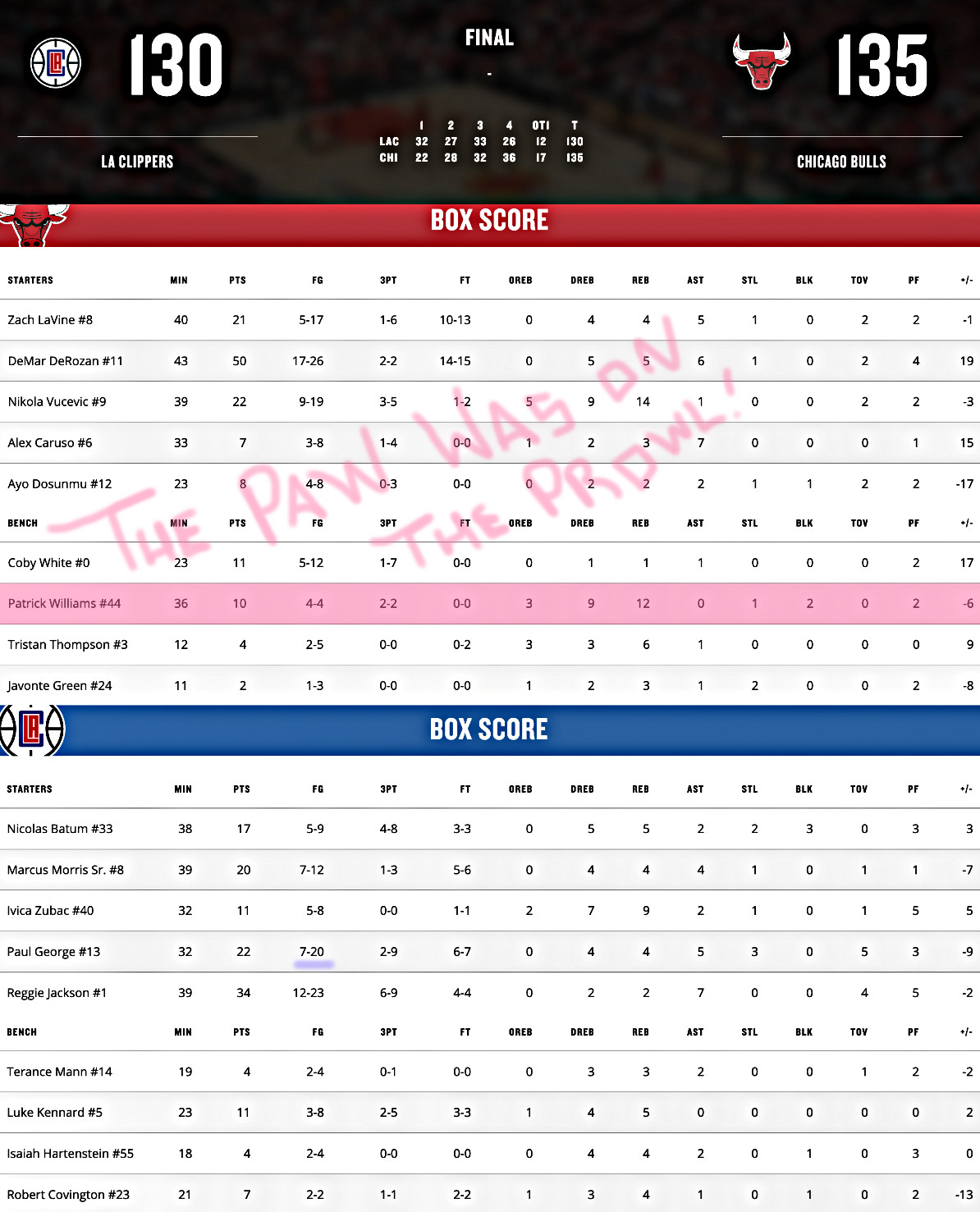