LOL: The Bulls Absolutely Mobbed DeRozan in the Locker Room After His 50-Point Game
Search
Skip to content

This team has had more than its fair share of ups and downs this season. But tonight? … That was something special.

The win was a bright spot for the entire Bulls team, who battled hard and came back big in the middle of a tight playoff race. And it was a bright spot individually for DeMar DeRozan, this team’s MVP, who put up 50 points tonight.

That’s why the entire team – led by Zach LaVine – set him up for a little fun after the game.

In case you couldn’t watch, LaVine extends the game ball, which he grabbed after the game, luring DeRozan into his trap … 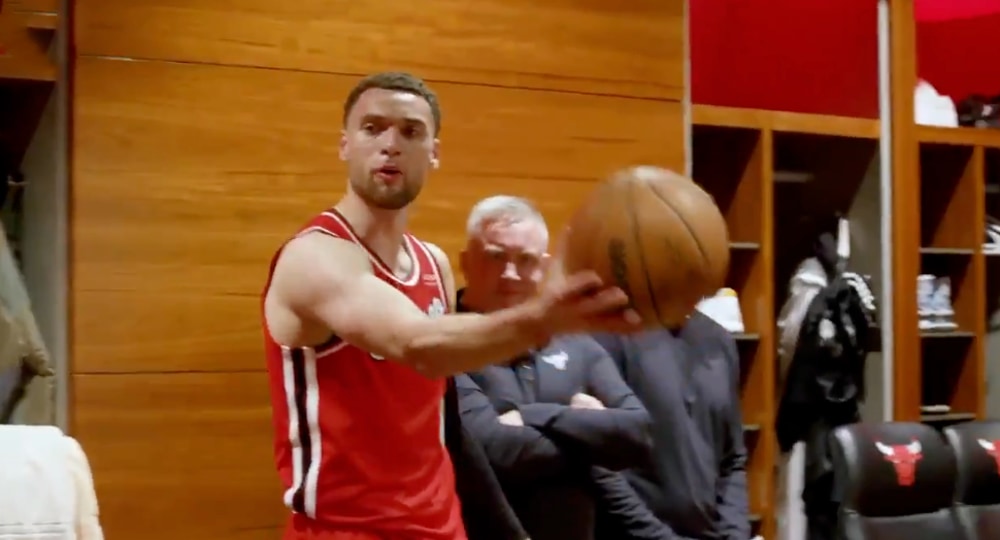 … and everyone goes nuts showering him with water and cheers. I love it. These are exactly the sort of vibes you want heading into the playoffs. What a night. What a season.

The other highlight of the night that we shouldn’t lose sight of? Patrick Williams’ poster:

PAT POSTER: You Have to See This Monster Slam From Patrick Williams!https://t.co/oh1PgldEI8 pic.twitter.com/R3UAdHDFZs