The Miami Heat got whatever they wanted.

Starting 12-13 from the field, the team went on to shoot 57.5 percent from the field in the first half, dishing 15 assists on 23 made field goals. It was an offensive clinic full of strong off-ball movement and high-IQ passing. Meanwhile, on the other end of the floor, Zach LaVine’s hot start was about the only thing keeping the Bulls within striking distance. He sank four buckets from downtown on his way to 18 first-half points … but he could only keep this team afloat for so long.

Chicago simply had no answer for Miami as the game went on. They had tremendous trouble stopping any dribble-penetration, which led to a number of wide-open looks that Miami drained with ease. At the end of the night, they shot 53.7 from the field with 17 makes behind the arc. Simply put, it was another game against a top-3 squad where the Bulls looked outmatched and outworked.

The Bulls have now been swept by both the 76ers and Heat, and the Bucks have a chance to go for their fourth victory on Tuesday night. Moving to 33 losses, they now fall below the Raptors by .5 game into the No. 6 seed.

Bulls will drop to 6th behind idle Raptors with this loss.

They also will fall to 2-19 vs. top-4 teams from both conferences.

Up next: Back-to-back games against the Bucks and Celtics. Oh, and then just one day off before facing a hungry Hornets team. Yippie! 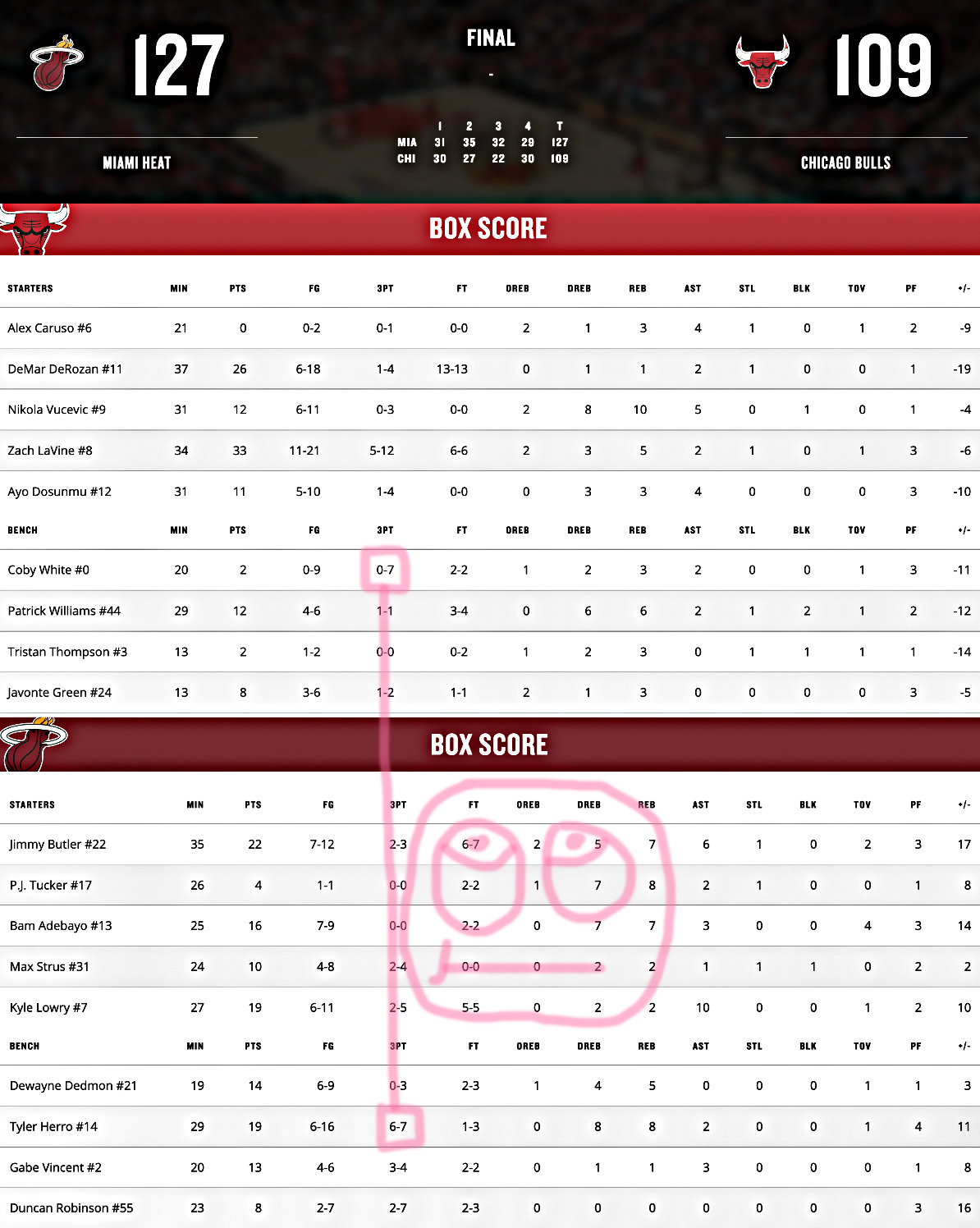