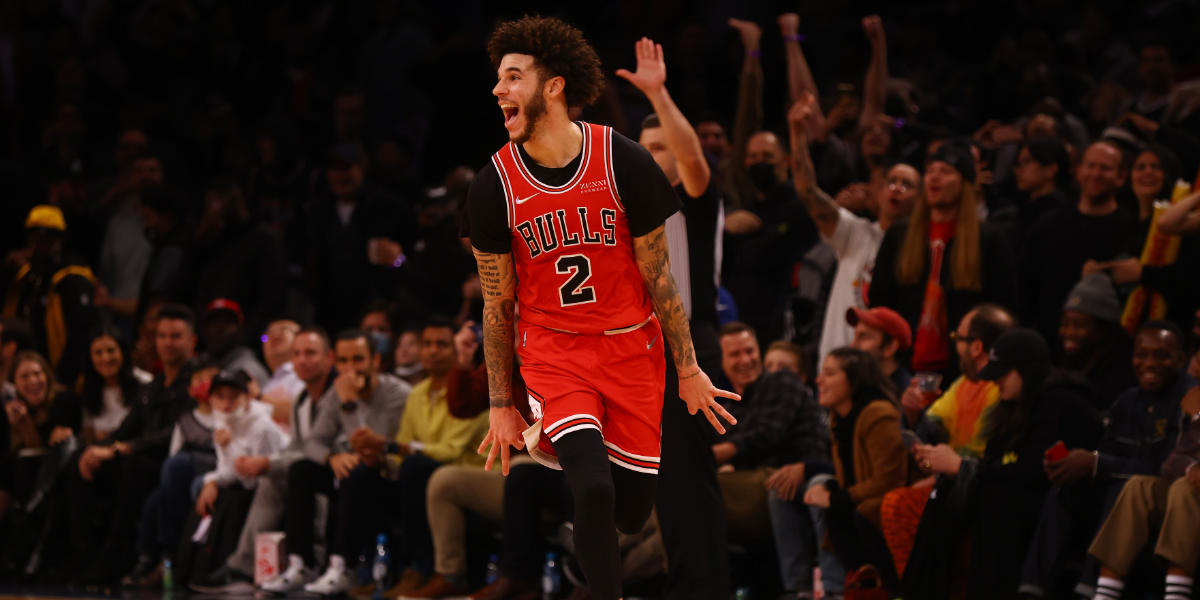 It’s Monday, I woke up with a headache, it’s cold outside, and I’m still trying to get the bad taste of allowing the Heat to shoot 53.7 percent from the field out of my mouth. So I guess I might as well keep the bad vibes going with this dreadful fact from ESPN’s latest NBA Power Rankings:

“With Saturday’s loss to the Heat, the Bulls are now 1-12 against the top four teams in their own conference. According to ESPN Stats & Information research, that’s on pace to be the second-worst winning percentage in such games by a playoff team since 1984.”

•   Look, I’ve said it over and over, but I’ll repeat it again: every record will drop down to 0-0 once the playoffs start later this month. Also, as long as the Bulls clinch a first-round series for the first time since the 2016-17 season, a good chunk of this season should be considered a success. While they may not look like a team ready to plow their way to the Finals, experiencing playoff basketball is typically the first step toward much better days.

•   With all that said, the Bulls’ regular-season record against the top squads must not be completely brushed under the rug this summer. The front office has to place that prominently on the whiteboard as they evaluate their offseason plans. Can we merely assume more consistent health and more time together on the court fixes all these problems against the elites? Probably not, especially when we look at things like poor rim protection, lack of 3-point shooting, and questionable depth.

•   Now, I will admit that I believe at least some of the struggles we’ve seen can be tied back to bad luck. While there might be a handful of personnel issues that should be addressed, it is simply unfortunate that the opening night starting lineup has played just five games together. Then, when we look at arguably the team’s best lineup of Alex Caruso, Lonzo Ball, Zach LaVine, DeMar DeRozan, and Nikola Vucevic, that group has appeared in just 16 total games together (holding a 12.5 net rating!). We can’t deny that stuff matters, especially when we’re talking about playing against the NBA’s best of the best.

•   What does Zach LaVine think about the team’s record? Exactly what a team leader should think:

“I always have confidence whenever I’m on the court,” LaVine told reporters. “I have confidence in our guys and our coaching staff to get it right. If you don’t have confidence in it, there is no point in even playing … You never say you can’t beat anybody, so I’m a competitor and I think I can beat anyone. Even if you lose, get back up, swing again.”

•   I’m not going to make the mistake of assuming one player can completely turn the fate of this season around, but I can’t stop thinking about how much this group misses Lonzo Ball. The 24-year-old dipped his toe in about every area of the game. He was a plus defender, the team’s second-leading rebounder, a masterful transition passer, and a lethal 3-point shooter. For years Bulls fans waited for this organization to find their next point guard of the future, and this period of time without Ball is reminding us exactly why. He may not be the most traditional frontman out there, but he fills his role to a T and does everything he can to make those around him better. Not having his IQ and Swiss Army-knife skillset has certainly made it that much harder for the Bulls to play consistent basketball as of late.

A great angle of an incredible Lonzo Ball block pic.twitter.com/YvGu3nyPqb

•   Should the Bulls care if they get the No. 5 seed? I know finishing 5th might feel a lot better than finishing 6th, but clinching a first-round series is all that matters at this point. All I’m really jockeying for is a situation where the Bulls don’t have to play the 76ers or Bucks in the first round. Embiid and Antetoukounmpo might present bad matchups for every basketball team from here to planet Mars, but they present an even worse matchup for this undersized Bulls team. I’d just rather have the Bulls’ first playoff series in a handful of years come against a less formidable opponent, and I believe that remains the Boston Celtics for now (especially without big man Robert Williams on the floor). Boston currently sits a half-game ahead of both the Bucks and 76ers, so if they fall into the 3rd or 4th spot, I’ll cross my fingers for the Bulls to finish accordingly.

•   The NBA has officially set a time for the regular-season finale on Sunday:

Bulls finale in Minnesota on Sunday will be at 7:30. Previously had been TBD for tip time. pic.twitter.com/hrZOXnFSGX

•   I absolutely love this. Congrats to South Carolina.