Giannis Antetokounmpo didn’t attempt a shot in the 1st quarter for the first time this season, and the Milwaukee Bucks still led 26-20.

While it may have only been a two-possession game, I think that was about all we needed to see to know where this game was headed. With no Zach LaVine on the floor, the Chicago Bulls’ offense looked borderline disastrous at times. DeMar DeRozan had to turn on full-blown takeover mode as the game went on, chucking up 26 shots en route to a 40-point effort before head coach Billy Donovan turned to the third-stringers midway through the 4th quarter.

Patrick Williams and Coby White were the only other Bulls to join DeRozan in double figures, while Nikola Vucevic returned to his concerning early-season self with just 7 points. The big man shot a horrific 3-19 from the field and 1-6 from downtown. He bricked corner 3s, misjudged easy layups, and shanked 15-footers. It was a game where the Bulls absolutely needed him to step up to stand any chance at a competitive contest, and he did exactly the opposite (the only semi-redeeming thing about his performance was a hard foul on Grayson Allen in the 3rd quarter).

Yet, with all that horribleness said, the Bulls will walk away tonight knowing they will play in their first playoff series since the 2016-17 season. The Orlando Magic took down the Cleveland Cavaliers 120-115 to lock the Bulls into a top-6 seed.

While the fact the Bulls have now been swept by the Heat, 76ers, and Bucks is undoubtedly a negative, the fact playoff basketball is returning to the United Center is undoubtedly a positive. So I’ll just take some comfort tonight in knowing the Bulls season will not end on the last day of the regular season for the first time in four seasons. Onward. 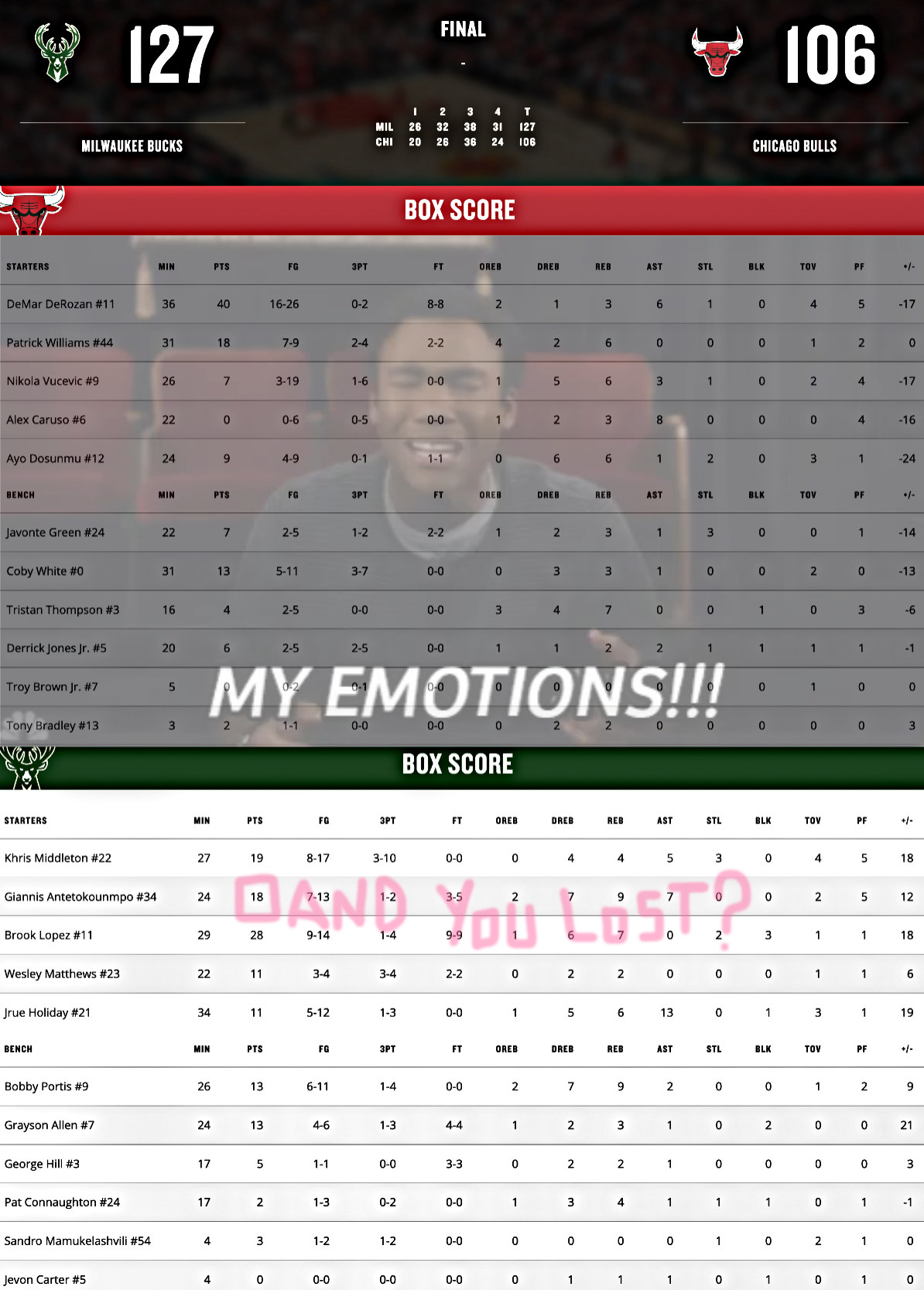