Death, taxes, and the Bulls being blown out by a top-4 seed.

I don’t know what else there is to say at this point. When the Boston Celtics took the floor, they basically did what we saw the Milwaukee do one night ago. After a couple of minutes of tightly-contested action, they opened up the floodgates with a well-rounded effort on both ends of the ball. They shot an absurd 57.8 percent from the field in the first half with a 9-18 showing from downtown. The team assisted on 20 of their first 26 shots from the field, moving the ball with ease and cutting to the hoop for several uncontested, wide-open layups.

The Bulls went on the finish the game with a 43.8 percent shooting effort from the field and 17 turnovers, which was their most since a February 3rd contest with the Toronto Raptors.

With this loss, Bulls will:

If we’re being honest, I don’t know why the heck any of the Bulls’ top players remained on the floor as long as they did. While I can understand this team is looking for a momentum shift with the playoffs on the horizon, it’s become pretty darn clear they aren’t going to get one. In fact, keeping all these guys on the floor to let opponents keep kicking their booty is likely having the opposite effect on this group.

I really hope the Bulls just prioritize rest over these last two games. Scooping up wins over either the Hornets or Timberwolves isn’t going to be the “big win” confidence boost this team needs, so simply having their bodies as close to 100 percent as possible for the playoffs feels like the best decision. 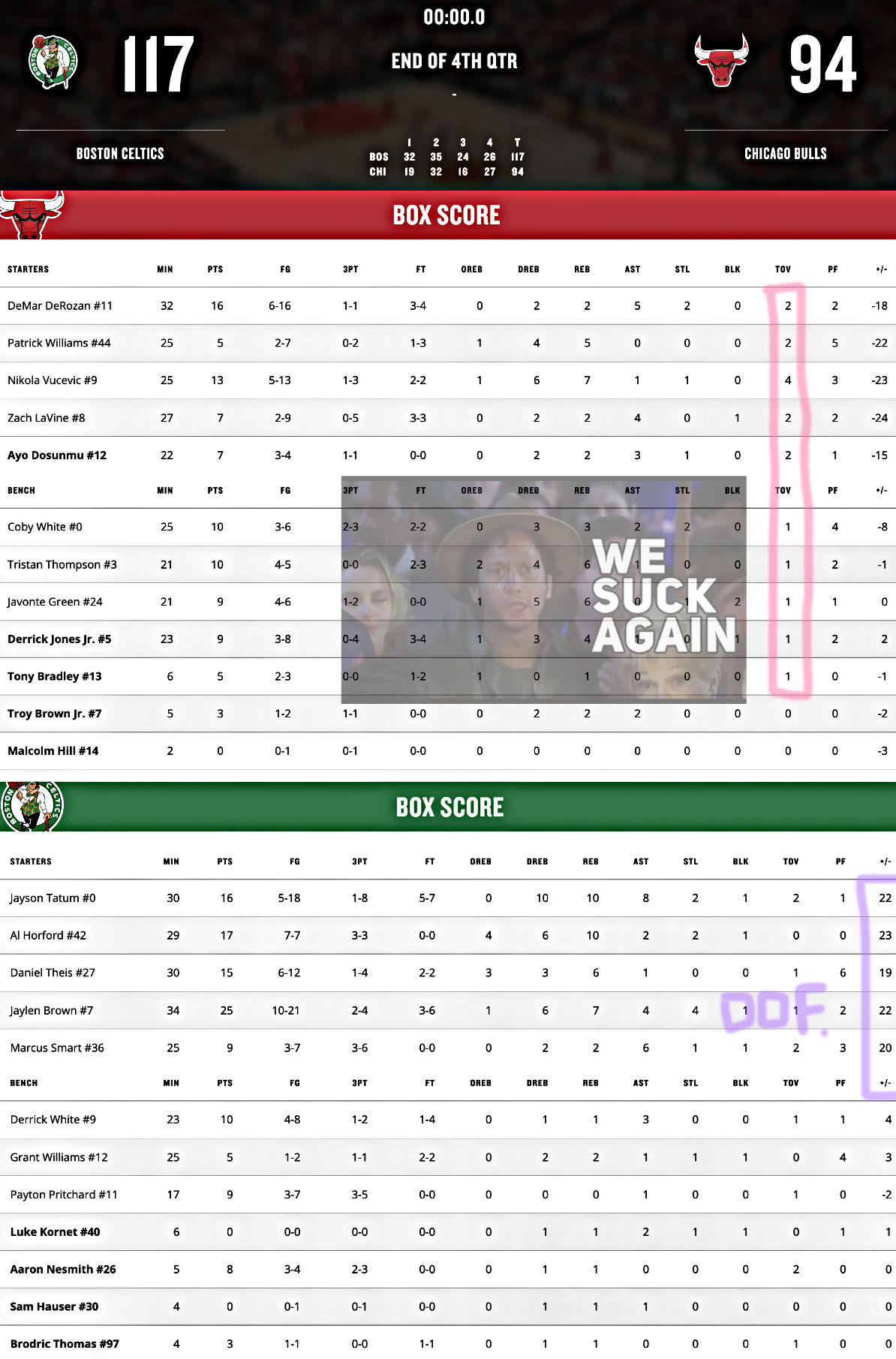