They saved their worst for second-last.

The Chicago Bulls have held the 4th-worst net rating in the NBA since the All-Star break, and they looked the part tonight. From the moment the ball tipped, the Charlotte Hornets looked like the superior team. They started the night 11/11 from the field with 9 assists, not missing a shot until the 4:41 mark in the first frame. They went on to score 39 points in the first quarter, and the game was all but over from there.

Can't remember a team with a greater discrepancy from early in season to late. Bulls aren't just losing. They're losing in non-competitive fashion.

For those keep tracking at home: Another wave of boos after Mason Plumlee pick-sixed a DeMar DeRozan inbounds pass to make it 90-53 https://t.co/zDRbqqtlKs

Not only did the Bulls look completely out of sync on both ends of the ball, but they looked like they simply didn’t even care. That was the worst part. The Hornets would fly past for wide-open dunks and score in the fastbreak with ease. Meanwhile, the Bulls would chuck up contested brick after contested brick, barely even trying to hunt a good look in the second quarter.

Once again, I was left absolutely dumbfounded by the fact that head coach Billy Donovan left his starters in as long as he did. There is no need for that group to play when a blowout is underway, and they also probably should have been benched for their terrible effort. Donovan finally sat the Big 3 at the end of the 3rd and turned to a lineup of White, Dosunmu, Green, Brown, and DJJ, who immediately outplayed the starters in terms of execution and hustle.

I’m normally good at keeping a level head, but there is no way around calling this brutally embarrassing. The team is easily playing their worst basketball of the season at the worst possible time. They look shockingly out of sync, and it’s flat-out hard to watch. All we can do is hope some flip finally switches when the playoffs start, but that’s getting harder and harder to believe. 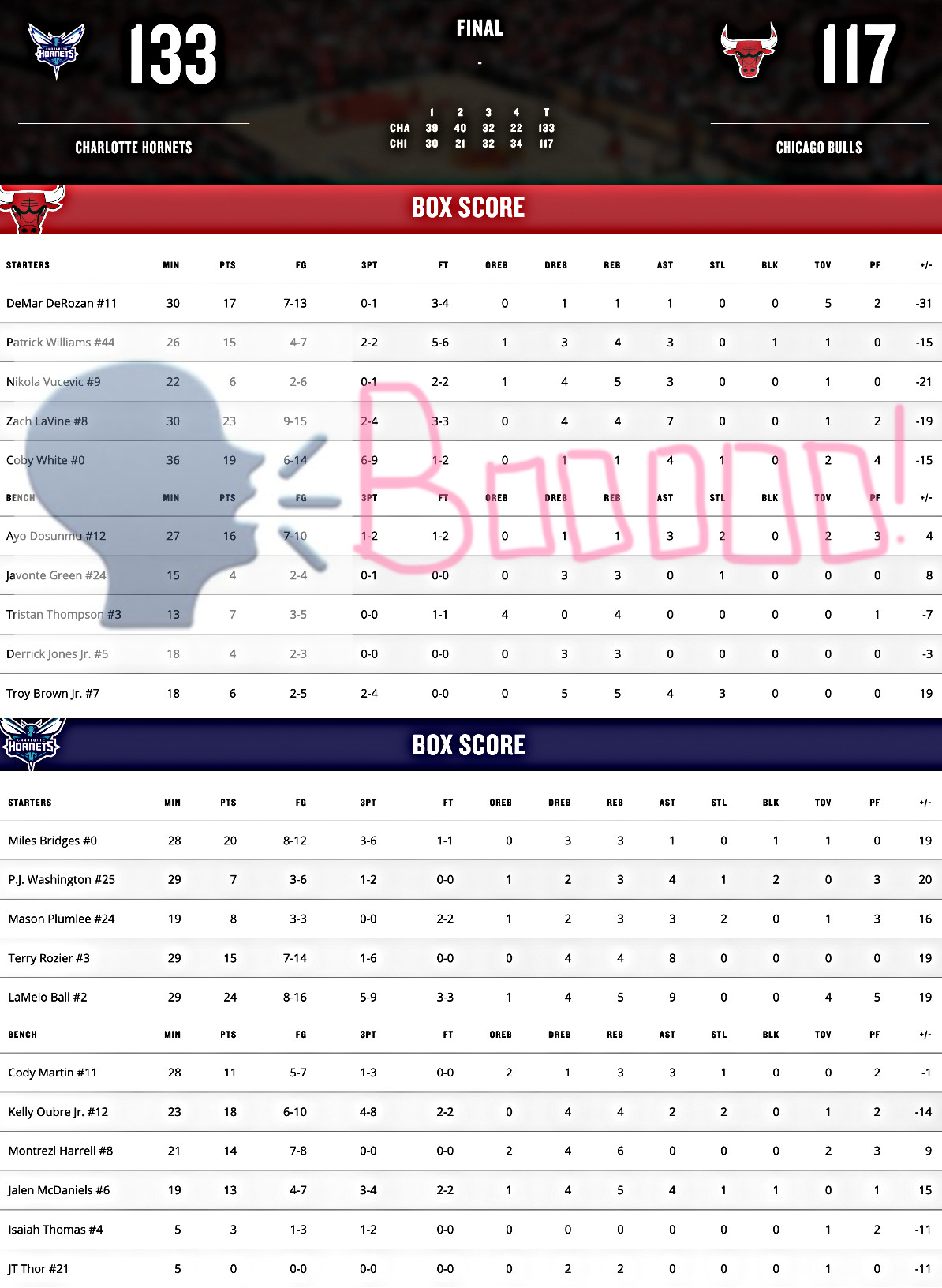