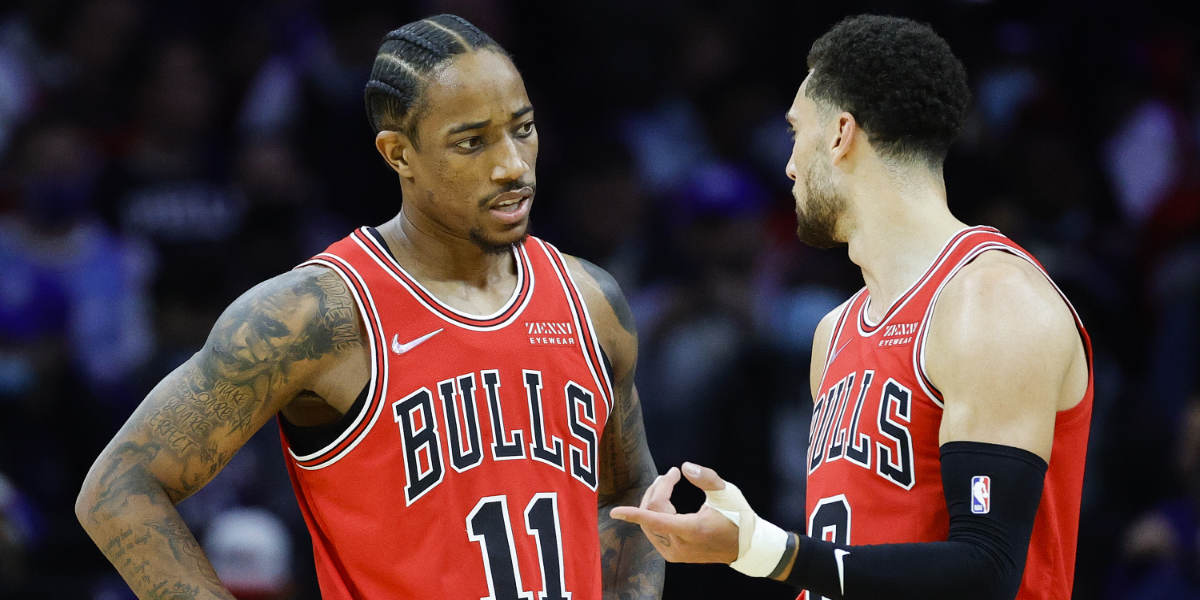 The Chicago Bulls will rest their stars for tomorrow’s regular-season finale.

With the No. 6 seed clinched, Zach LaVine, DeMar DeRozan, and Nikola Vucevic have all been listed as out for Sunday’s contest in Minnesota. Alex Caruso also remains out with his back contusion, while Coby White is listed as “doubtful” with a toe sprain.

All things considered, this felt like a good direction to go after originally clinching a top-6 seed on Tuesday night, especially with the banged-up LaVine. However, the team’s “Big 3” appeared in the following two contests against the Celtics and Hornets, both of which turned out to be blowout losses. DeRozan told reporters earlier this week he had no plans to sit out over the final few games, but I think we can all agree this is the best decision with tomorrow’s game holding zero stakes and the playoffs set to start next week.

With the team’s stars all on the bench, the path will be cleared for guys like Ayo Dosunmu and Patrick Williams to lead the way. The extra time on the court could be just what each player needs ahead of the postseason to gain some individual momentum and build their confidence.